Towns had simply disappeared along with the post Roman economy by 500. But slowly by 600 there’s tiny shoots of recovery discernible – so we talk about towns. And we have a hack at something a little tiny bit more literary, and talk of Continental Missionaries. 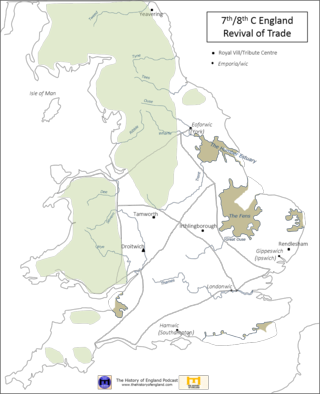 From 600 there are signs that trade revives, and then from the 607’s there’s clear evidence of trading sites, which could be seasonal, called Emporia. Through the 8th Century, these develop into proper towns -at Ipswich, London, York and Southampton.

A bit of Literary stuff

Beowulf filled me with boredom at school; now I confess to see the appeal! Not just the story – the insight it gives into the minds and lives the 8th century AS hall. So give it a go. There’s a  link to the opening lines in Old English, and here’s a link to Seamus Heaney reciting his famous translation

And then, less famous, is Caedmon and his prayer – a nice example of Christian themes with a hint of heroic poetry .