The Lives of Vikings

The Vikings were resourceful and hardened by a life on the fringes of Europe; but with access to vital raw materials – wood, hemp, skins, fishing; bog iron for nails, rivets. Up to the 8th Century, they lived their lives by farming – livestock to the high pastures in Summer, growing Rye, Oats, Barley, Hemp at the homestead; back to the homestead  in Autumn and winter. Into this cycle they would fit trading up the coasts, maybe to irregular beach markets.

In the 9th century the explosion of the Viking invasions began. One French chronicler described the seemingly unending stream:

The number of shops grows: the endless stream of Vikings never ceases to increase. Everywhere the Christians are victims of massacres, burnings, plunderings: the Vikings conquer all in their path, and no one resists them.

The Viking matched their raiding with their lives, as described by a 12th century Saga:

In the Spring he had more than enough to occupy him, with a great deal of seed to sow which he saw to carefully himself. Then when the job was done, he would go off plundering in the Hebrides and Ireland on what he called his ‘spring trip’ then back home just after midsummer where he stayed til the corn fields had been reaped and the grain was safely in. After which he would go off raiding again, and never come back til the first month of winter was ended. This he used to call his autumn trip.

Why did they go?

The arguments are many, various and unresolved. Here are a few theories – select one, or many!

What was so special about their boats?

The Viking boats were strong, and able to withstand the open seas. They were shallow draughted – so could easily be beached and easily travel up rivers. They were oared, and therefore fast and flexible; then in the 8th century they acquired a sail, so could travel much further. When they acquired a keel to add strength and control and a rudder (‘Steering board – Starboard) the Vikings were released. 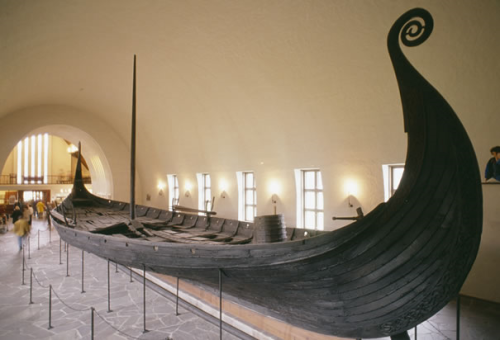 Where did they go?

Here’s my decidedly rubbish map. Hopefully you can understand it! 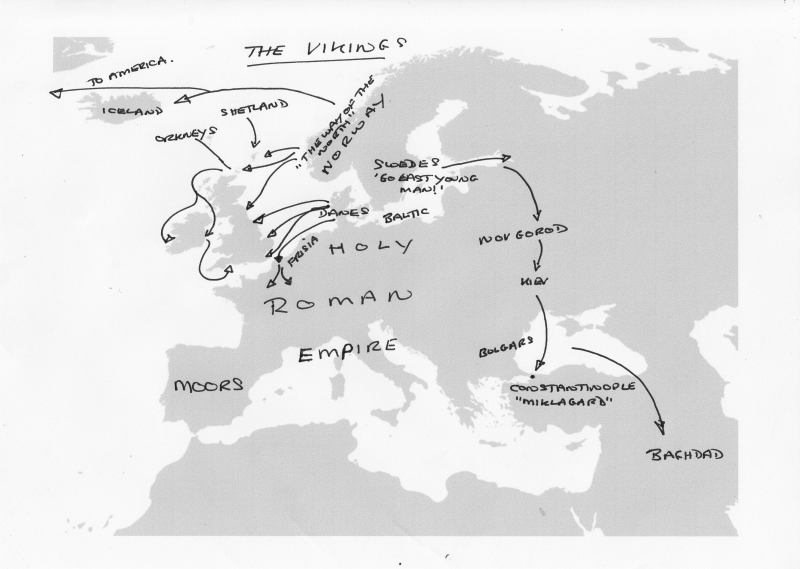 7 thoughts on “5a Pirates from the North”