Aethelred’s mother gets her son onto the throne at last. But it’s not long before the disadvantages of kingship become clear, as the Danes begin to return with increasing force. Aethelred turned 18 in 983, and by 984 has sent his mother away and reigns with his own men. But three years of raids, 997-999 beging to demonstrate the weakness of the English reponse. And by 1002, England face a national opponent as Svein Forkbeard joins the party.

Below is a really rubbish map I have done, which has the main place names in this week’s podcast; it does have the Shires as they’d have been in the 10th Century though, which is nice. There’s also another much better map further down, but you’d have to print it to read. 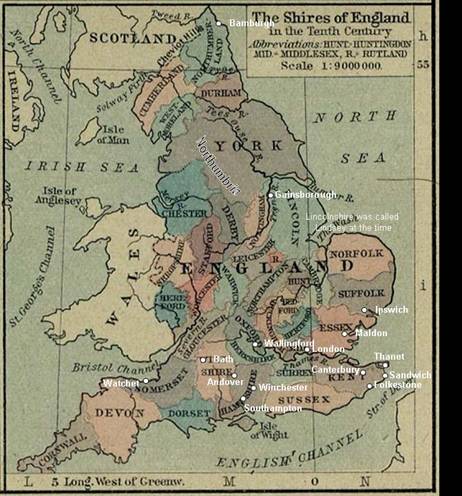 This map (phot) below is from Tinity college Cambridge’s website. It shows all the raids between 991 and 1005.

8 thoughts on “14 Aetheled the Unready and the Rising Tide”