Edward enjoyed one year of independence in 1051-2, before the return of Godwin forced him into humiliating submission. But after Godwin's death the following year, the rest of his reign was broadly peaceful and prosperous, with the odd local difficulty. The History of England podcast takes us up to 1064

Edward sows the seeds of his own destruction

In 1051, Edward had won because of the support of earls Leofric and Siward. Edward then proceeded to alienate both these men, by employing more French at court, and striking up a friendship with William of Normandy.

In 1052 Godwin returned, and in a confrontation in London King Edward is forced into submission. As part of the deal he has to take Godwin back, and get rid of his foreign friends. But within a year Godwin dies – and hands over to his much more affable son, Harold.

The rise of the Godwinssons

Although the Godwin family are not penalised on the death of Godwin, it's Leofric who gains most as Aelfgar takes over the Earldon of East Anglia as harold moves to Wessex. But over the next 10 years or so, the Godwinssons are back. The death of Siward and Leofric makes harold the leading man in England. His brother Tostig is made Earl of Northumbria in Siward's place.

Gruffyd ap Llewellyn is the only Welsh leader to unite all the states of Wales. But between 1039 and 1055, that's what he managed to acheive.

He also used the opportunities thrown up by the mysterious relationship between Aelfgar Leofricsson and Edward the Confessor, which meant that Aelfgar was twice thrown out of his earldom. In 1055 and 1056, Gruffyd and Aelfgar sacked Hereford and forced Edward to cede a significant amount of land on the Welsh border.

In 1058 it all flares up again, but in 1063 Harold and Tostig Godwinsson decide that enough is enough, and mount a concerted campaign. The campaign established Harold's reputation as an able military comander, able to make his army move with speed in line with a decisve strategy.

Meanwhile, Edward the Confessor famously concentrated on building his chruch. He selected an inhospitable eyelot in the Thames called Thorney, and set about building a church on a massive scale. It gave him the chance to indulge his love of French and Norman culture, and well as demonstraing his piety.

London had become the leading town of Anglo Saxon England, with 10-12,000 inhabitants. There's a couple of maps here – a nice hand drawn map from http://londonist.com/, and one showing the growth of London from 1590 – just so that you can see the scale. 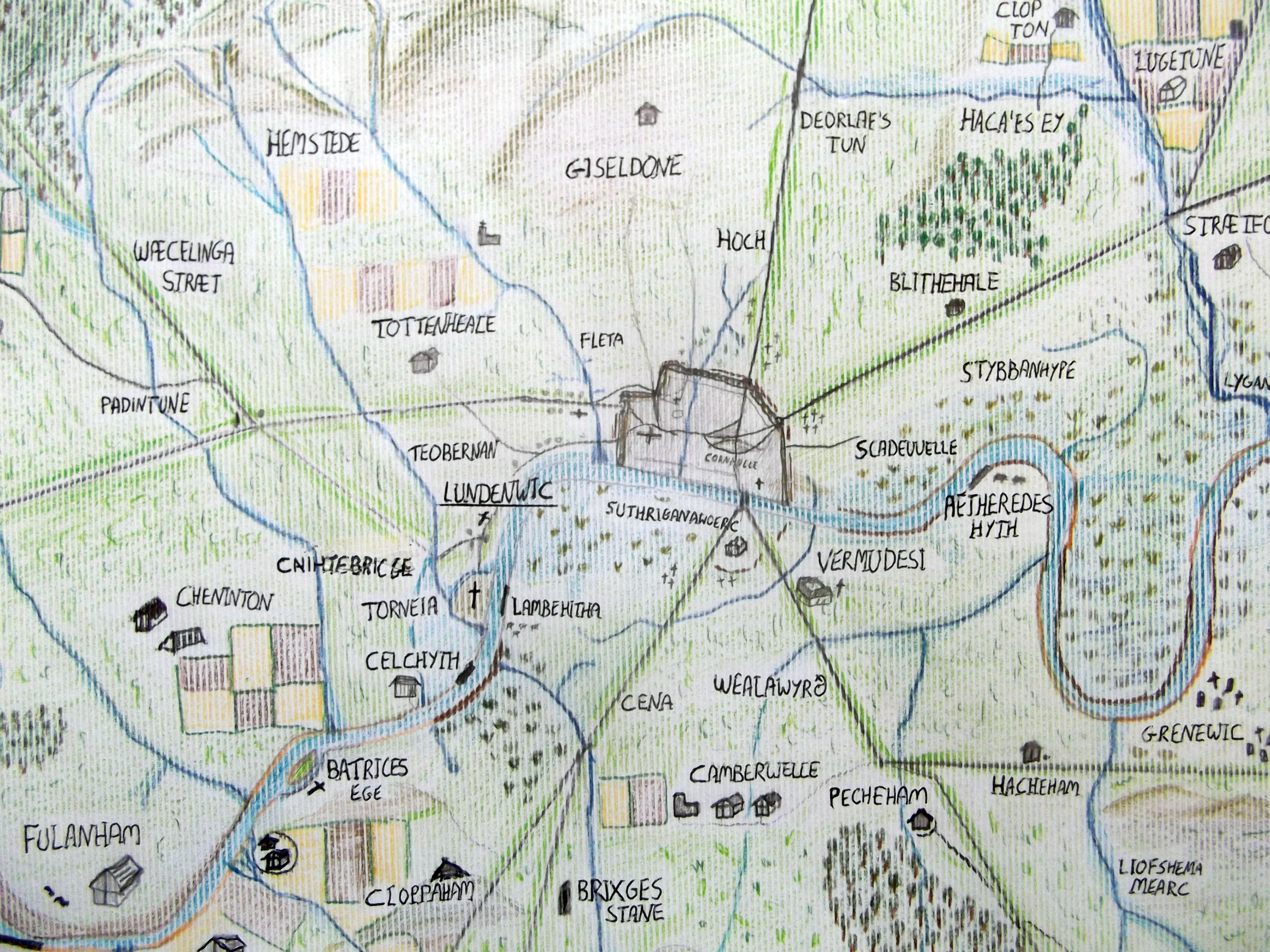