It took William the Conqueror a few more years until he felt safe from the English. But when the Revolt of the Earls collapsed in 1075, English revolution was over – and we are into the continual cycle of feudal rebellion. This week in the History of England we've also got a bit of church stuff, and the pain of trying to rule a cross channel empire

24 Revolt of the Earls 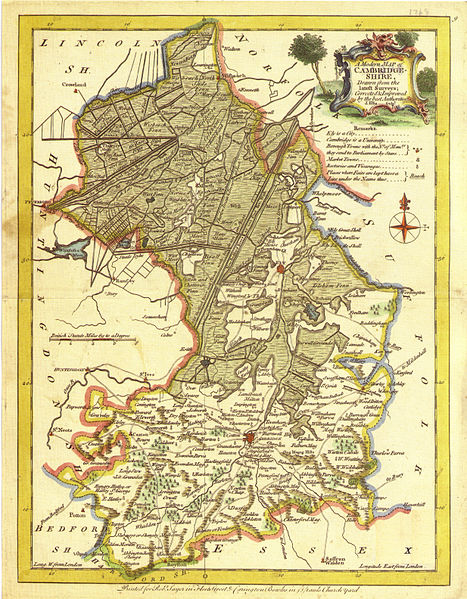 When I was at school we learnt that Hereward was a folk hero. We heard how he hid in the marshes of the Fens, and how he goaded and outwitted the stupid Normans. Sadly, the Historians then got their hands on it, found out the truth and told us- and it's a bit more prosaic.

However, Hereward did indeed maintain a rebellion in the Fens. His hideout was at Ely, which at the time was an island. You have to work quite hard to make this map work for you, but the darkest brown stuff is water, and Ely is the reddish spot in the middle.

Anyway, Hereward teamed up with Svein Estrithson for a while. Then Earls Edwin and Morcar broke free from William – Edwin was killed by his followers, but Morcar made it to Hereward. This made William look up a noticed. He came with his Army; he built a causeway across the fens to Ely.  And Hereward ran for it, and away into legend.

The revolt of the Earls

The Earls concerned are Roger of Montomergy (Marcher lord, Welsh border) and Ralph de Gael, earl of East Anglia. They talked Waltheof, Earl of Northumbria, into joining them – but he then got cold feet, and spilt the beans to William. He would have expected forgiveness – he didn't get any. He was slung into prison and next year had his head cut off. So died the last English Earl.

The revolt fell apart. Ralph de Gael was met and by Odo of Bayeux and he fled, leaving his wife to face the music. They both end up in their Breton lands at Dol, where William tries to capture them, but is fought off. Roger Montgomery is met by Bishop Wulfstan (1008-1095) and Walter de Lacy and he surrendered and was put in prison. So the English have made a choice – they'd rather a Norman king than anarchy.

Lords of the Marches

William normally gave land out in widely distributed holdings, scattered around the country.  But along the borders he took a different approach  – he created large consolidated land holdings. His aim was to create lords who had the strength and resources both to defend the borders against the Scots and Welsh; and also take the offensive.

Let me give you an examplke. These maps have been produced using the superb 'Propospography of Anglo Saxon England' (PASE for short) by the way - though any errors are entirely my idiocy. Anyway, first you have Odo of Bayeux. You can just about see that many of Odo's holdings are scattered throughout the Midlands; most of the manors would not adjoin. In Kent, it's slightly different. William saw the route to Normandy as being strategically important. So he gave Odo, as Earl of Kent, consolidated holdings, protecting the route home. The next is the Earl of Chester and then it's Roger of Montgomery. You can see how consolidated their land holdings are.

The strategy works very well in Wales, not quite so well initially in the North. But he does create a ghroup of remarkably powerful lords; he gives all his rights and powers, with the exception of trying men for treason. Effectively these men are mini kings. That will cause some problems for England in the future – but for the moment it's necessary.