Bear in mind at all times that Henry, while being a Good King, was a tyrant. Still, he was a tyrant who ran a mean administrative system for the time. This week, the nature of the Angevin empire, how it was ruled, and a bit about travel and economy.

The Character of Henry II

We are blessed with many descriptions of Henry, and many excellent chroniclers for the period. Here’s just one of those descriptions, from a man called Peter of Blois. Peter himself is an interesting character; he probably wrote some of the latin seuqneces that are used in Carl Orf’s fantastic ‘Carmins Brana’. He serves as a diplomat and secretary under William Rufus, Henry II and Eleanor, and died in 1211. The description is a long one, so I have saved it as a PDF here.

The Nature of the Angevin Empire 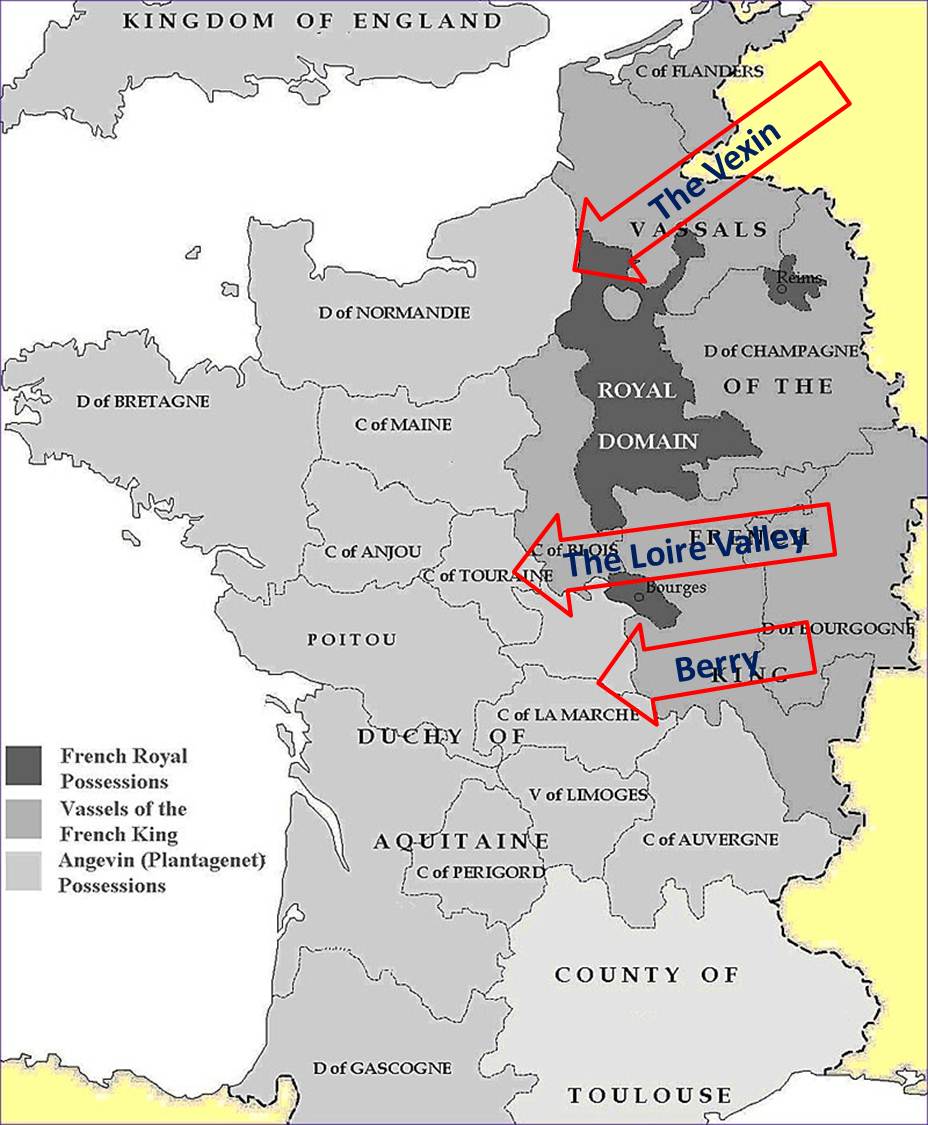 The Anglo Norman State: Normandy and England. By and large loyal to Henry, well administered. Key flash point along the river Seine, with French and Norman Vexin being ‘badlands’ between the French and Norman monarchies.

Anjou: Traditional homeland of the Angevins, and again very loyal to Henry. Three countries, Anjou, Main and Touraine. The big castles along the Loire – Tours, Chinon – are another flash point.

Brittany: Claimed by Henry as an overlord, and William the Conqueror and his sons had also. But this is not without dispute and engages Henry in frequent trouble.

Aquitaine: A vast inheritance, loyal to Eleanor but only if she leaves them alone to to their thing. Very suspicious of the Angevins in their attempt to impose some order on them. And there are plenty of internal arguments going on between the various counts and families. Key flash point is the county of Berry, which had a critical confluence of roads and which was disputed between the Franch and Angevin kings.

horse of the early medieval carrying trade. The Cog replaced the existing Viking style ships during the 12th Century. It’s advantages were the stern rudder; the flat bottom which allowed easy loading at low tide; and the high sides which made it easier to defend from pirates. Plus, crucially, it had a greater carrying capacity. The Cog was used for war and trade.

10 thoughts on “39 The Ruling of the Angevin Empire”