The war between Richard and Phillip went on from 1194-1198 in fits and starts ; usually there was no more than 3 months of fighting before a truce came along. But the general flow was steadily in Richard's favour when in 1198 they agreed to make peace. Meanwhile in England Hubert Walter ran an efficient administration that fed Richard with troops and arms.

50 Defence of the Empire

There were two main theatres of war; Phillip concentretaed on Normandy and the Vexin, but also stirred up trouble on the Loire valley in Anjou, Maine and Tourraine. 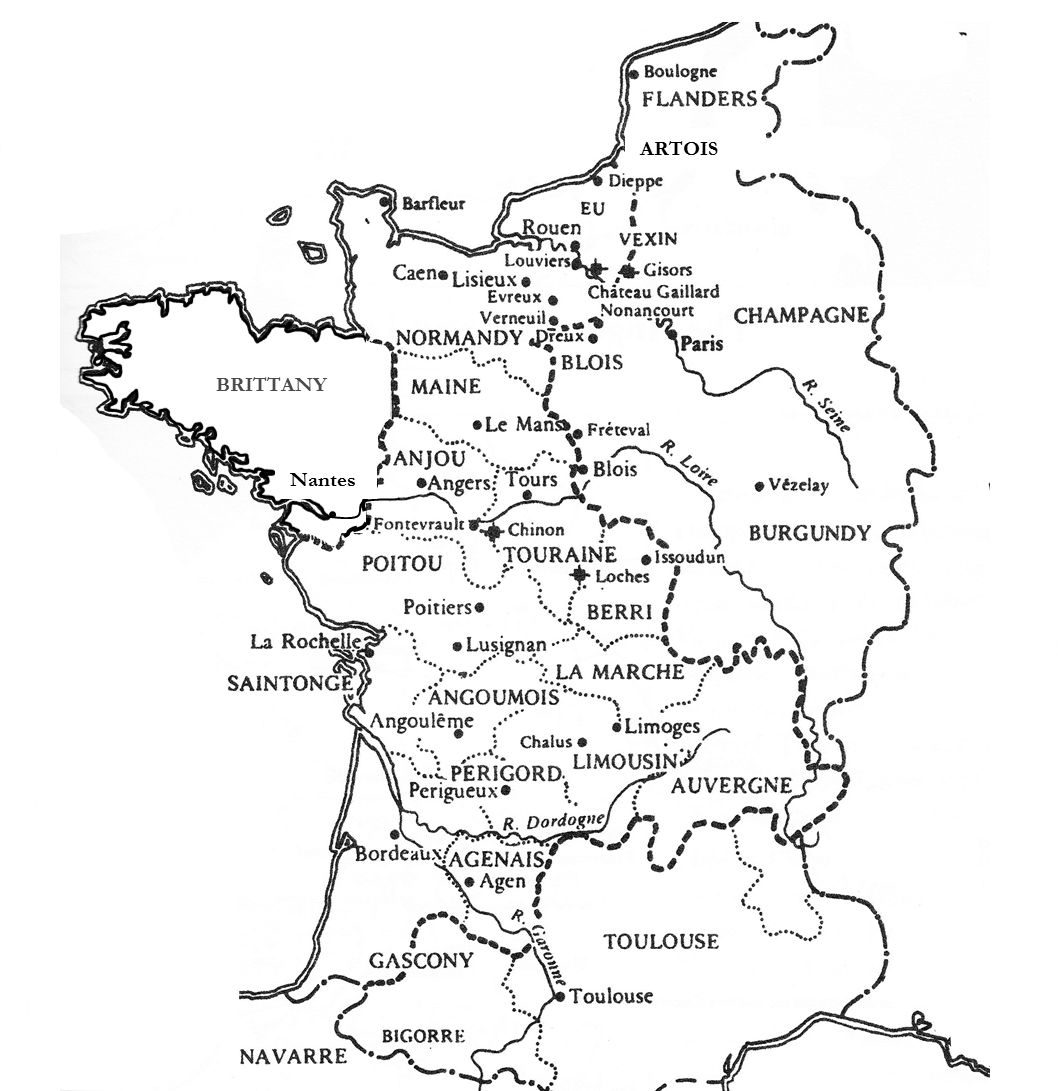 In Normandy, from May 1194 Phillip slowly lost territory. In the Autimn of 1194 he was forced to retreat from Verneuil, and with John's defection back to his brother's side, he lost Evreux as well.

Then he lost the support of his recently won allies, the Counts of Flanders and Boulogne, and as a consequence the Border lords in the north east of Normandy came over to Richard as well.

In 1198, Richard suprised Phillip and his army near Gisors, and won a minor victory. He cried 'Dieu et mon Droit' as he attacked 'like a starving lion attacking his prey', the phrase that was to become the motto of the kings of England from Henry Vth's days. Poor old Phillip ran like a hare for the castle at Gisors, only to have the drawbridge break under them and end up in the drink. 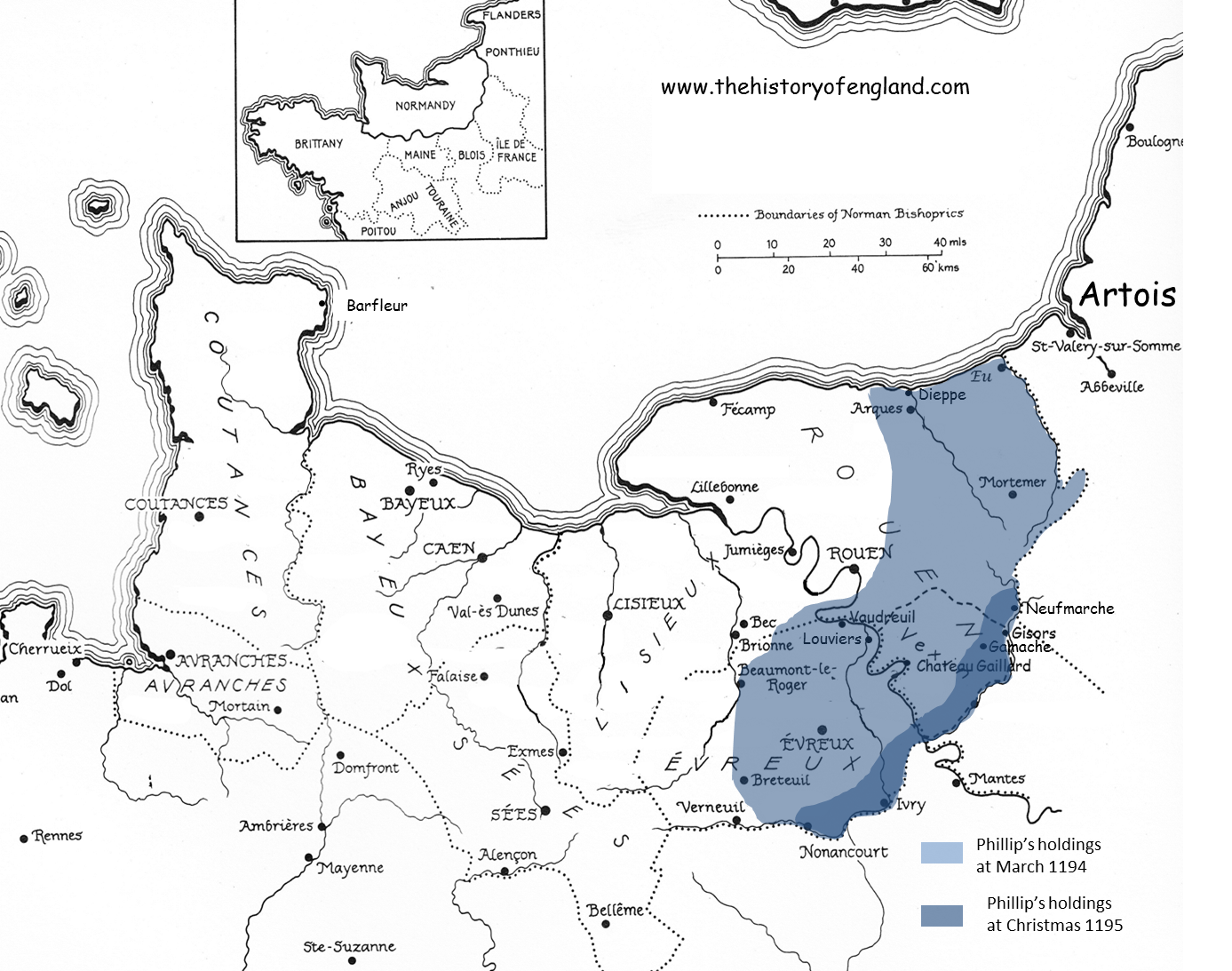 Richard  mauled Phillips at Freteval in 1194; and although again it can only count as a skirmish, it gave him a free hand in the south. When Richard's mercenary capatain Mercadier captured the Auverge in 1195, it was pretty clear that Richard had the upper hand. 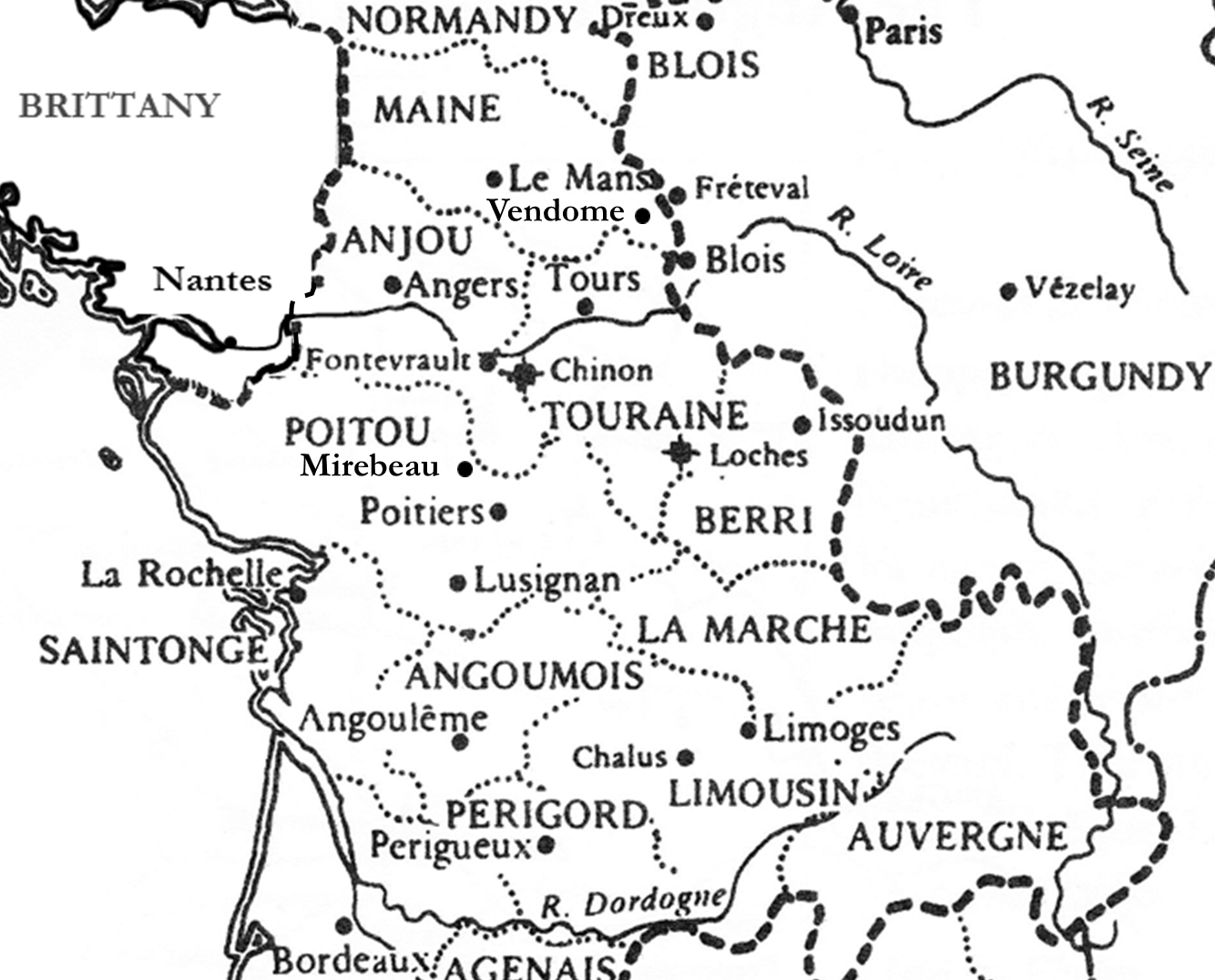 In 1198 peace was finally discussed in earnest. In essence, Phillip was to give up pretty much everything he had won except for Gisors. The Truce was agreed by Christmas, and while the peace treaty was being drawn up, Richard went off to settle some scores at Chalus in the Limousin…

Back home Hubert Walter was one of the Middle Ages' most competent administrators. Justiciar for 5 years, he introduced reforms to the legal system, that probably led to the post of Justice of the Peace and Cornoer. More importantly from Richard's point of view he get the money and troops coming to feed Richard's war.

4 thoughts on “50 Defence of the Empire”