After the defection of William des Roches the military situation was poor for John but not irretrievable. Unfortunately, John failed to provide the leadership needed.  He distrusted his barons; he panicked and had no coherent strategy. When he killed Arthur, he pushed the self destruct button, and Normandy collapsed from with – the Barons no longer supported the descendants of William the Bastard.

53 Torn Apart – the loss of an Empire

The Murder of Arthur

It is not possible to definitively prove that John killed Arthur. But a bit like Richard III and the Princes in the tower, his failure to produce Arthur at any stage seems incomprehensible unless he did. The story is that John killed him at Rouen in a fit of drunken rage as the war turned against him. It was disastrous for John's reputation.

The Fall of Normandy 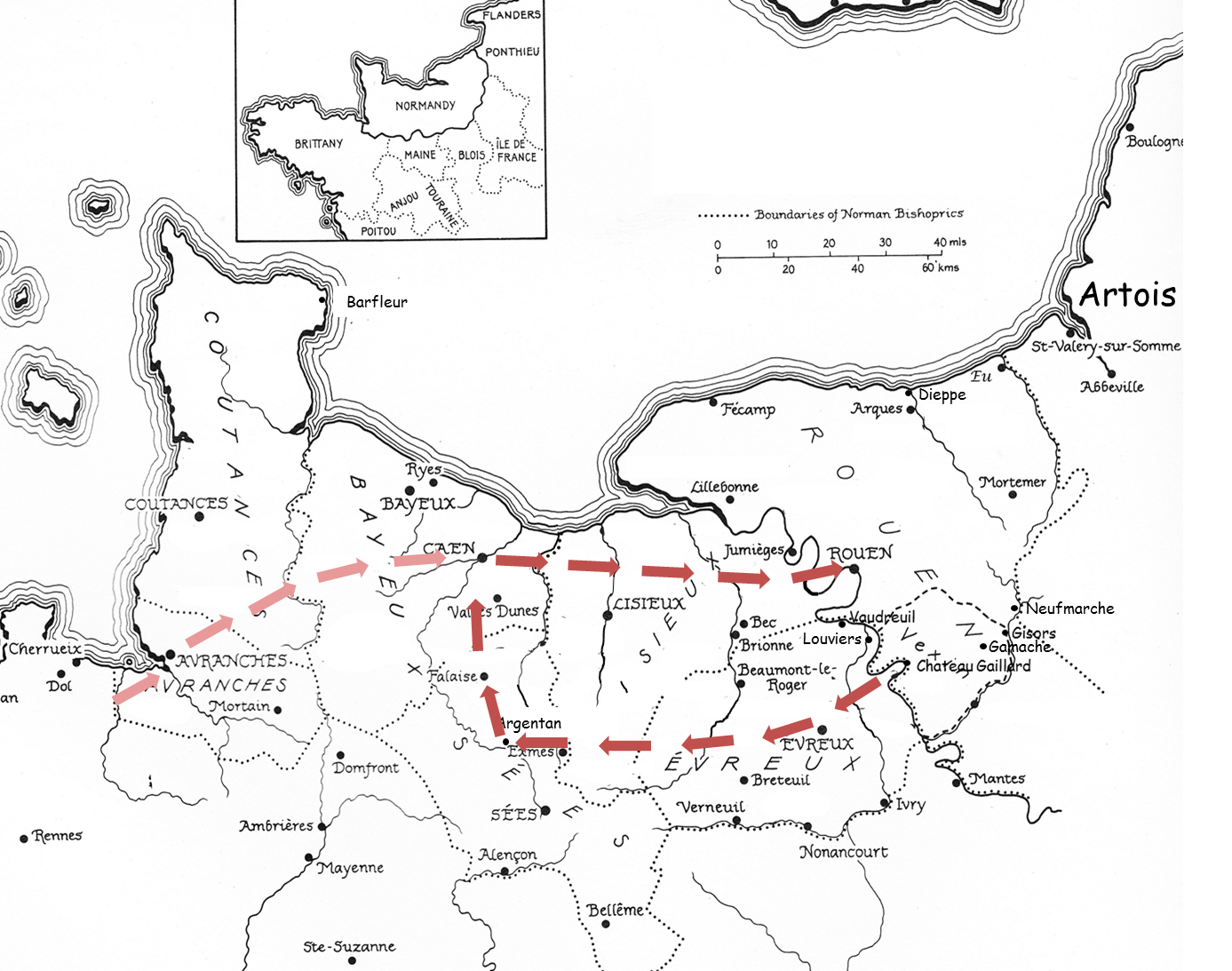 Normany fell because John's barons no longer cared to support him. John panicked, and had no coherent strategy. He distrusted his barons, and in return they distrusted him. He put vicious mercenaries like Lupescar in control of whole regions, and surrounded himself with household knights – not powerful barons who could make a difference.

In 1203, John ran for it. It is probably true that he intended to gather support from the English Barons, but he left it to late. On 6th March, Chateau Gaillard surrendered. After a triumphant march through Western Normandy, Phillipo returned to Rouen and on 26th April he entered the Norman capital.