Bouvines wasn't the cause of the Baronial revolt, but it probably was John's last chance to avoid it. In 1215 at Runymede Magna Carta was signed. It's extremely unlikely that John ever intended to allow the treaty to survive – and his untimely death at Newark was the biggest single factor in Magna Carta's survival.

59 Magna Carta and the Death of a Tyrant

When John arrived back from France in October 1214 he found England close to open revolt. The combination of John's capricious rule, his Justiciar's attempt to levy a tax and the defeat at Bouvines together made a volatile and inflammable mix. John was this time simply overwhelmed. It seems very unlikely that John had any intention of sticking by the Carter – for him it was probably just a way of slowing the barons down until he could get an army together.

The 60 clauses of Magna Carta don't have many grand or stirring words. But somehow it manages to be massively significant, and keystone in the development of the democratic state.

A lot has been written about Magna Carta, so I'm not going to repeat them here. But excitingly enough here you will find a complete text of the 1215 version of the charter. The Charter is replaced by a revised version  in 1217, and then a final version in 1225 – but this is the original, the attempt at a peace treaty.

Download The Great Charter of Liberties of King John 1215

The Coronation Charter of Liberties of Henry I also had an enormous influence on Magna Carta. So for you real keenies, here is that charter for you to pour over. 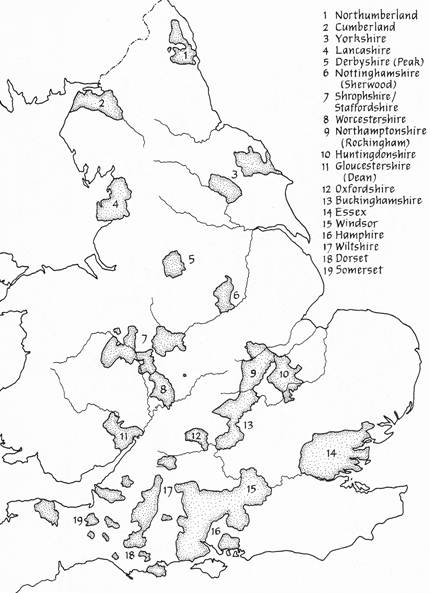 And finally, to take the keeness to the ultimate level, Magna Carta is so called not becuase it's particularly long, but becuase in 1217 the smaller Forest Charter was created to deal specifically with the bits of the original charter that dealt with the much hated royal forest. and so here is an annotated version of that as well. Your cup runneth over.

John did not negotiate in good faith, because frankly he had no good faith available. By September the two sides were again at war. John soon had the upper hand; he assembled his mercenaries from abroad in Kent, and took Dover castle. His loyal castellans held over 150 royal castles against the rebels. The rebels had no siege train and essentially got stuck in London.

Then in 1216, the Barons invited Louis, son of the king of France to help them. He landed with 1200 knights and for a moment it looked all over. The Earls of Surrey, Arundel and Salisbury abandoned John. But in fact John retained his freedom of action, and his castles held – hius problem was that he failed to deliver a knock out blow.

The Death of a Tyrant

In October 1216, John arrived at Lynn on the north coast of Norfolk. There he caught dysentery. As he crossed the Wash to on his way to Lincoln, he famously lost some of his baggage in his hurry, though it was nothing like as much of a disaster as Roger of Wendover would have us believe.

He reached Newark where he died in the night of 18/19th October, after dictating his will. His body was taken to Worcester Cathedral by his mercenaries, where you can still see his effigy.