In 1270, you would have been more likely to pick Alexander, king of Scotland or Llewellyn of Wales as the leader most likely to breach the peace. Edward looked more like a candidate for a peace prize. And, Wales was more united than ever; at the Treaty of Montgomery in 1267 Llewellyn had been confirmed as Prince of Wales. So the events of 1277 was something of a surprise.

78 The Crisis in Wales

A bit of background – Welsh Poets and Welsh Castles

Let me recommend some other sites to look at. First of all, I managed to stumble on some Welsh medieval court poetry during the writing of this podcast. Now, I now how dire that sounds but believe me it was actually rather compelling. So here's a link to a couple of samples I've put on my documents blog.

Then, if you like castles, Wales is the place to go. There are a couple of really good sites to get the low down, one of them dripping with good 'ole Welsh patriotism. First there's Castles of Wales, and then there's Castles of Britain.

A bief glossary of names

For the History of England Family Tree of Gwynedd, follow this link.

Seeds of disaster: the treaty of Montgomery, 1267

In most ways, the treaty was a complete triumph for Llewellyn. It confirmed the conquests he'd made from the English, and made him Prince of Wales. BUT there are two kickers:

The definition of many parts of his new territories was very poorly defined, leaving them subject to dispute and challenge from the disgruntled English marcher lords.

Below is a brilliant map from Wikipedia, which shows the lay of the land after the Treaty of Montgomery. 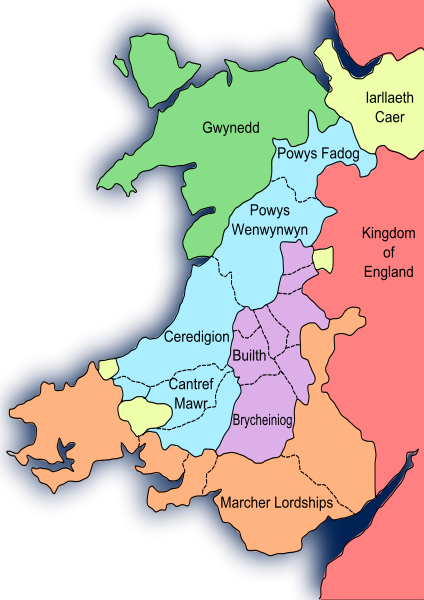 The journey to conflict

Right up to the eve of the conflict, Llewellyn and Edward seemed to have a good relationship. Llewellyn's beef was with the marcher lords – Gilbert de Clare (Earl of Gloucester), Humphrey de Bohun (Earl of Hereford), and Roger Mortimer – who were trying to nibble away at this territory.

Despite all of this, Edward was still relaxed and sure that things would still be fine. But unfortunately Llewellyn was beginning to believe his own publicity. And we would stop pushing it, well beyond the point where he was ever going to win. There were two big snubs:

Really, it wasn't much of a contest. There is nothing particularly innovative about the way Edward fought his Welsh wars – except that his logistics were meticulous, and by thorough organisation he overwhelmed Llewellyn.

As the map below shows, there were three lines of attack into Wales, and by November Llewellyn had submitted. 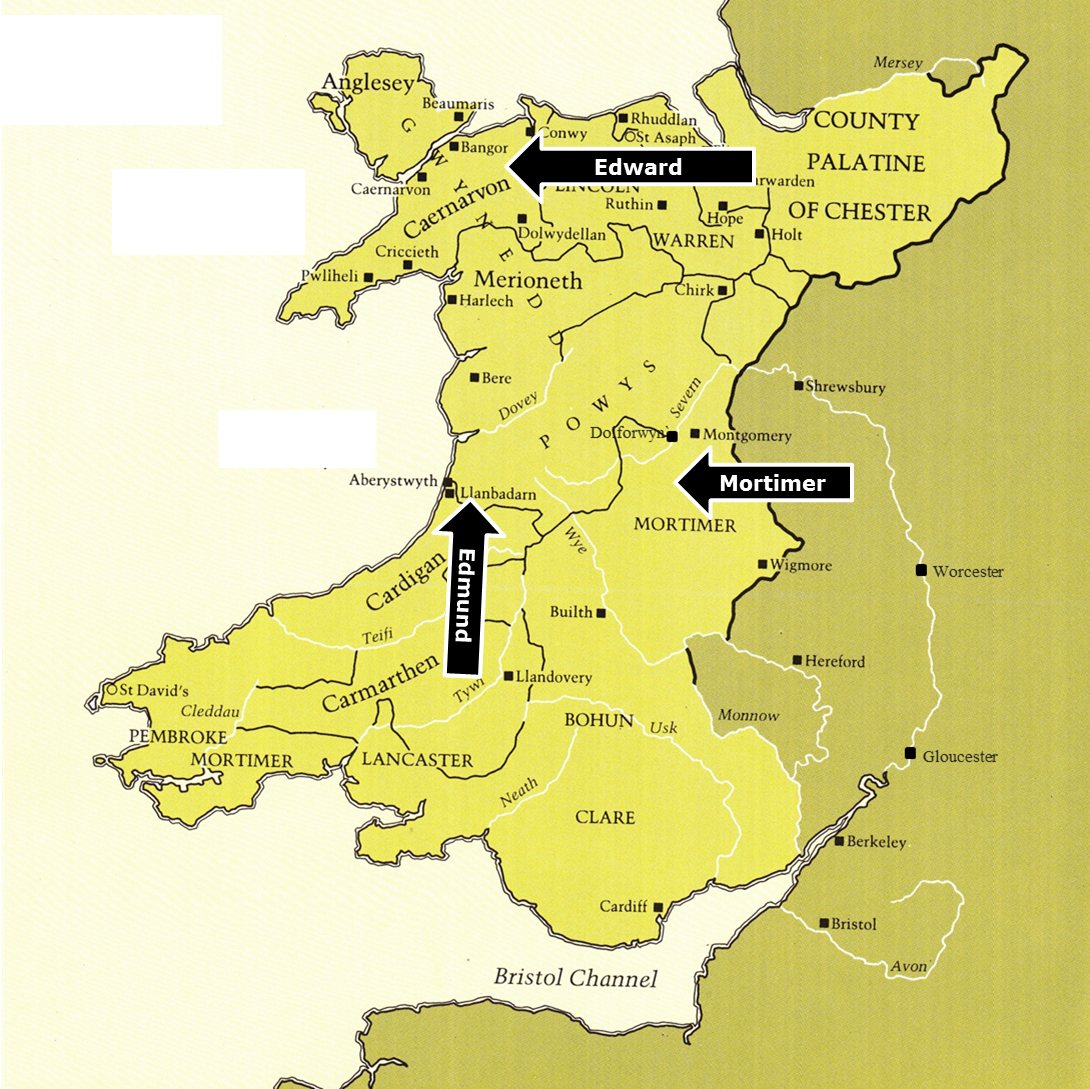 Llewellyn's defeat was confirmed at the Treaty of Aberconwy. Below is the excellent map from Wikipedia which shows how Llewellyn is now pinned back into Gwynedd. 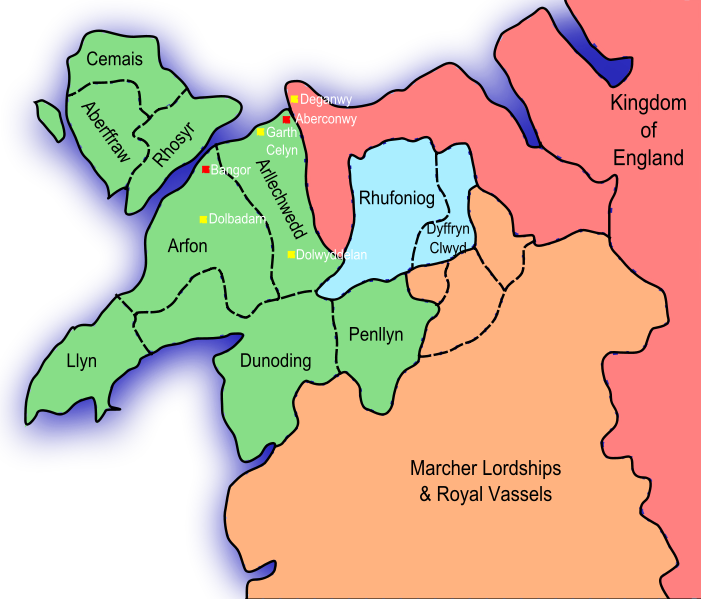