Since the Treaty of Paris in 1259, England and France had been friends, united by a monarchy with close ties and relationships. So when in 1293 a dispute blew up over a sea fight in the Channel, Edward clearly didn't expect it to become a problem.  But in fact Phillip IV (the Fair) of France was keen to strengthen the power of the French monarchy – and that didn't include having Gascony controlled by a foreign king.

Edward sent his brother Edmund of Lancaster  to negotiate with Phillip. Together it sounded as thought they'd stitched up a nice face-saving deal. Publicly, Phillip would confiscate Gascony from his  vassal, Edward Duke of Gascony, to keep his nobles happy and his brother Charles of Valois. But then he'd invite Edward to Amiens, where he'd hand them back again on favourable terms.

Edward spent no time discussing any of this with his magnates; as far as he was concerned, Phillip was family and Edmund was of course his brother. So what could go wrong? Duly in 1294, Gascony and almost all its towns where handed over in 1294.

To Edward's horror there was no invitation to Amiens – Gascony was confiscated, and stayed confiscated. With only Bourge, Blaye and Bayonne left in English hands, Edward had been suckered out of his French possessions and would have to win them back.

The cinque ports, and their delightfully medieval character, are a constant companion through English history. There's a great map and article at Wikipedia here

John Balliol has gone down in history as a weak king, but there's no doubt he was in a hideous position. In 1294 Edward demanded he hand over 3 castles. In 1296, Balliol refused, and made alliance with the French.

In response, Edward invaded with an army of 5,000 cavalry and 30,000 foot. His campaign was almost entirely successful – Berwick fell in March, and in April John of Warenne, Earl of Surrey, defeated the Scots at Dunbar.

By August, Balliol had been stripped of his royal rank by Edward and imprisoned in the Tower of London, and Edward had established direct rule. 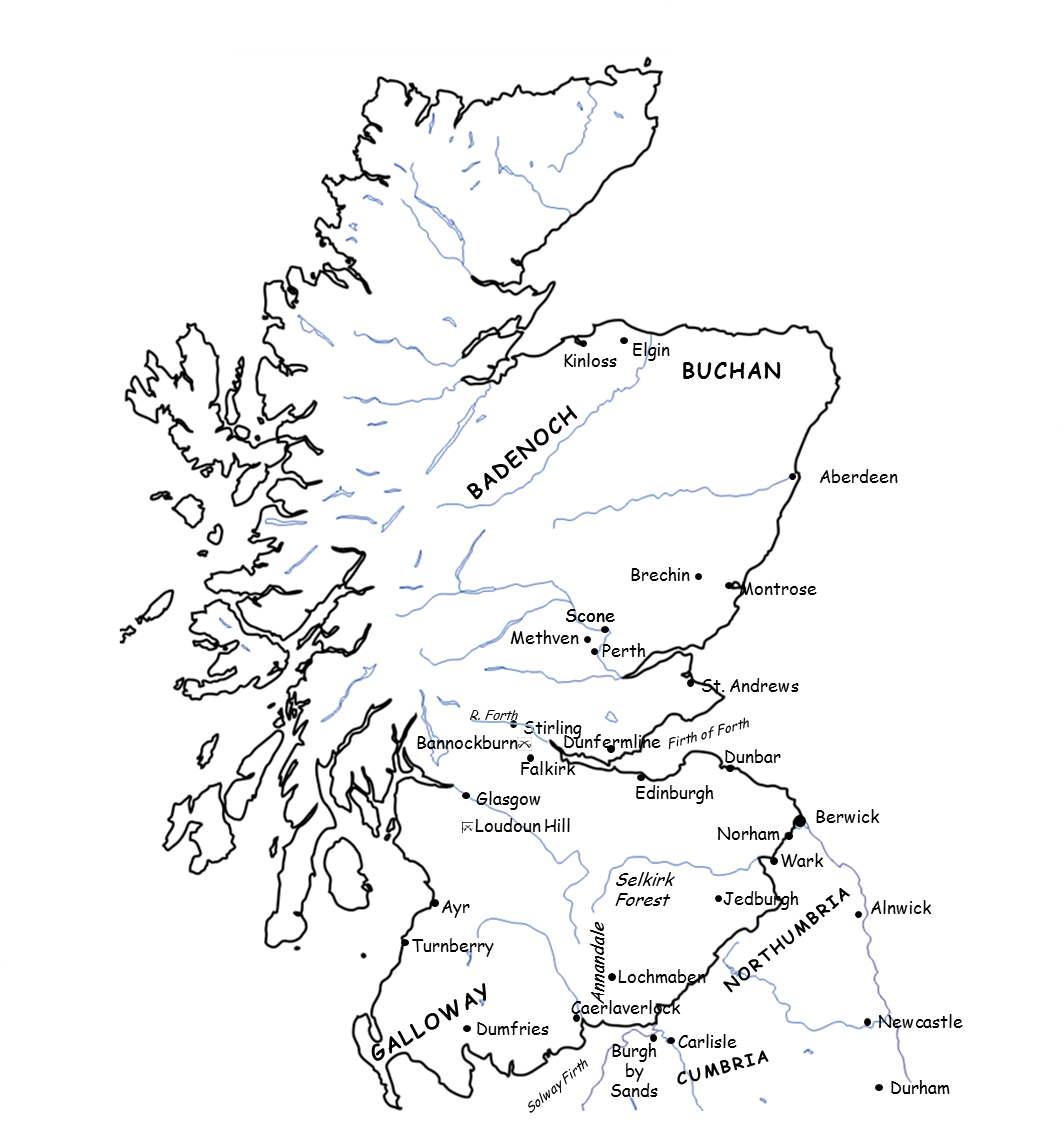