With the defeat of the Hohenstaufen, surely the Papacy had finally won it's battle for supremacy? Actually not. A new challenge rode into town in the form of Phillip IVth of France. And meanwhile the very success of the struggle against the Emperor was to contribute towards the start of the end for that most medieval thing – the unity of Christendom.

Boniface VIII and Phillip the Fair

Boniface was the antithesis of his saintly (and hopeless) predecessor Celestine; he was a player, a

power broker, and he held a high view of the role of the Pope. But in his struggle with Phillip the Fair of France it became clear that the world had changed for ever. The Pope could no longer hope to sit at the head of a united christendom; despite the defeat of the Hohenstaufen, the kings of France, England, Leon-Castile all now stood at the head of kingdms increasing conscious of their own differences and local loyalties. Boniface was captured by Philip and his Italian Allies, the Colonna, at Agnagni but the local people were outraged by this treatment of the Pope, and freed him. But Boniface died later the same year, 1303, and the Papacy passed into one of it's darkest periods, including thte exile to Avignon.

The growth of Spain

As the Spanish kingdoms grew and consolidated, they begin to enter more into the mainstream of European politics – such as the struggles over Sicily between the Angevins and Aragonese. By the time of the Black Death Aragon was a successful maritime trading nation, Leon-Castile dominated the interior and the last Muslim kingdom of Granada. Portugal increasingly began to look to the Atlantic – leading to the great explorations of the 15th & 16th Centuries. 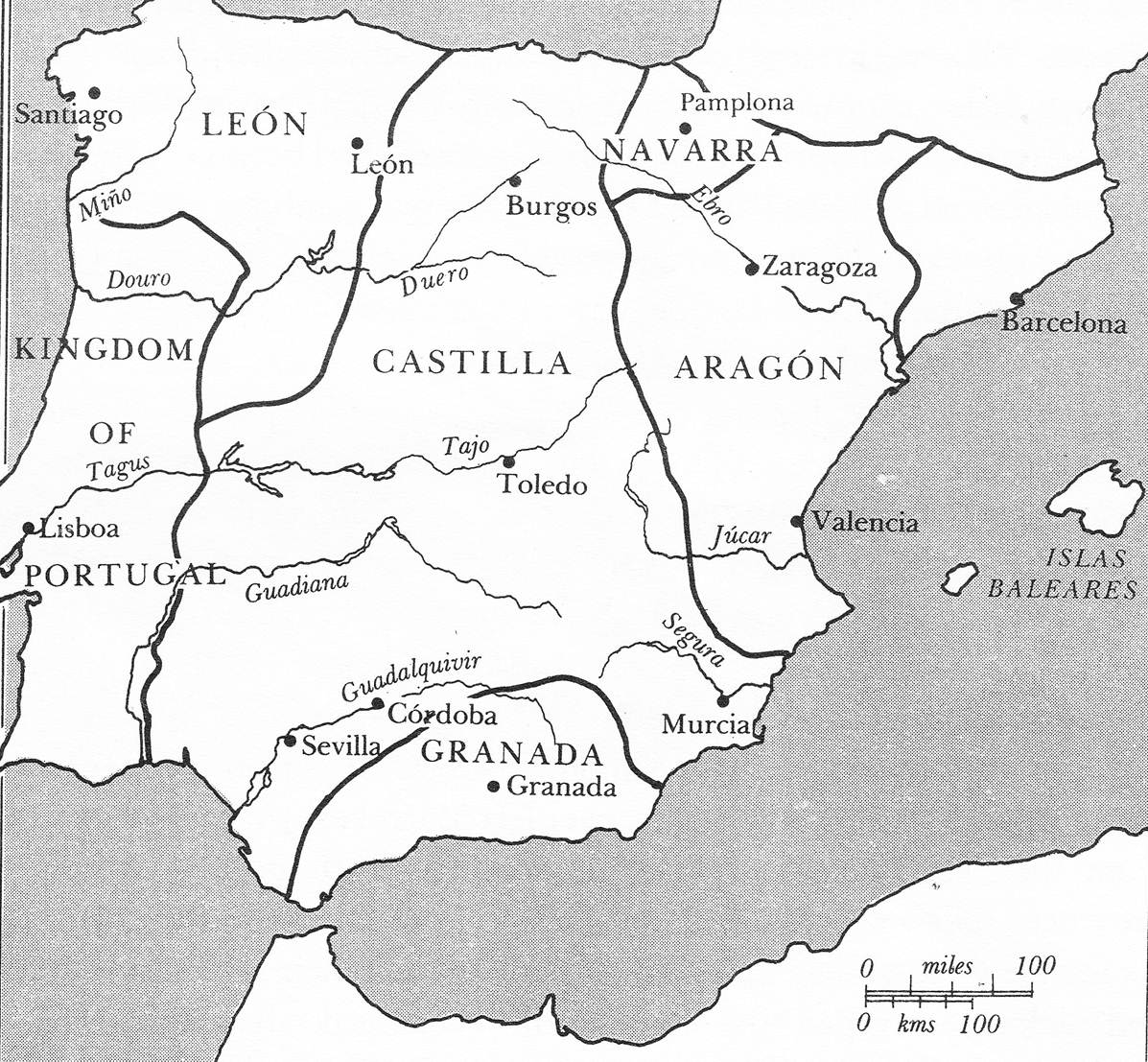 5 thoughts on “96 A history of Medieval Europe – Part IV”