This week, a bit of a scene setter; Edward and the development of consent from the commons in his parliaments, the theatres of the 100 years war ahead – and the revolt in Flanders led by Artevelde.

Edward does not have the reputation of Edward I as a man with a constitutional mission. To my mind, he may deserve the accolade more. By the end of his reign parliament's role and structure had changed, and had become much more settled. SAnd part of this was the separation of Lord and Commons we recognise today.

The war in Gascony

For the first 8 years, although this was supposed to be a fight about Aquitaine, the main theatre of the war was in the north. Down in the south West, the English were usually but not always, on the back foot.

The Theatres of War 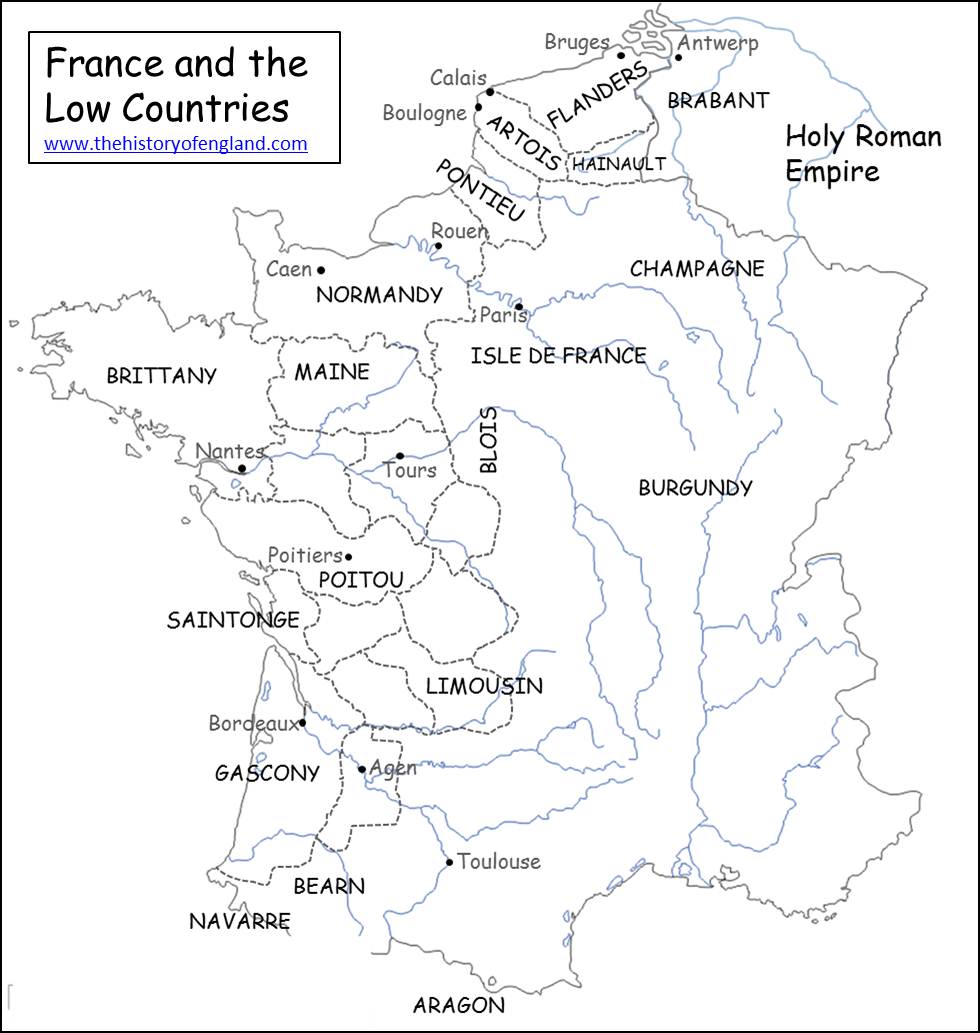 Jacques Artevelde and the revolt in Flanders

In 1337, Jacques (or is it Jacob? I see both…locals might want to comment…) van Artevelde was made Captain General of Ghen, as Ghent threw off the authority of the Count of Flanders, Louis. Flanders was densely populated and uniquely industrialised – reliant for their livelihood on the cloth trade. Artevelde's view was that Flanders could not survive in opposition to England – because it needed English wool to survive. The English embargo on wool to Flanders and the resulting Flemish neutrality in 1338 is one of the few examples of a successful round of economic sanctions.