Edward faced a weary time, a weary time. His allies demanded money, he had none to give them. So they refused to  fight, while the French closed in on Gascony and  raided the south coast of England. Edward handed out impossible orders, sacked perfectly competent ministers and became increasingly isolated from his parliament, magnates and ministers. Against this background, in the Friday market at Ghent in 1340, Edward declared himself king of France.

101 King of France and England

Edward's diplomats did a good job of assembling an impressive army of allies – in numbers at least. But it cost hin a fortune, and really there was little community of interest. They constantly demanded their money and refused to march without it. Edward was practically a prisoner in the low countries.

…were a non event for England. In 1338, the allies refused to move without pay. In 1339 they did the same – so Edward said he would go alone, and they'd be sorry when he died a hero's death, so there. Most of the allies reluctantly followed him, except the Holy Roman Emperor.

They moved to besieged Cambrai, a town in Hainault help by the French. So Edward lifted the siege and marched into France proper. There they met Philip VIth and the much larger French army. They faced each other at La Capelle, in full battle order. But the French wouldn't attack, and the allies couldn't. So in the end, the allies ran out of food and water, and had to leave and return to Antwerp.

Why did Edward do it? It is reasonably unlikely that even Edward felt he had a good claim, and though he may have convinced himself, it's very unlikely anyone else took it seriously. From the family tree below you can see that he did have a claim; it's just that Edward II had already neglected  to advance it at the time, and Edward III had done homage to Philip VIth. Plus, French kings couldn't claim through the female line. Actually, by Edward's yardstick, a certain man known to history as Charles the Bad had an even closer blood relationship. 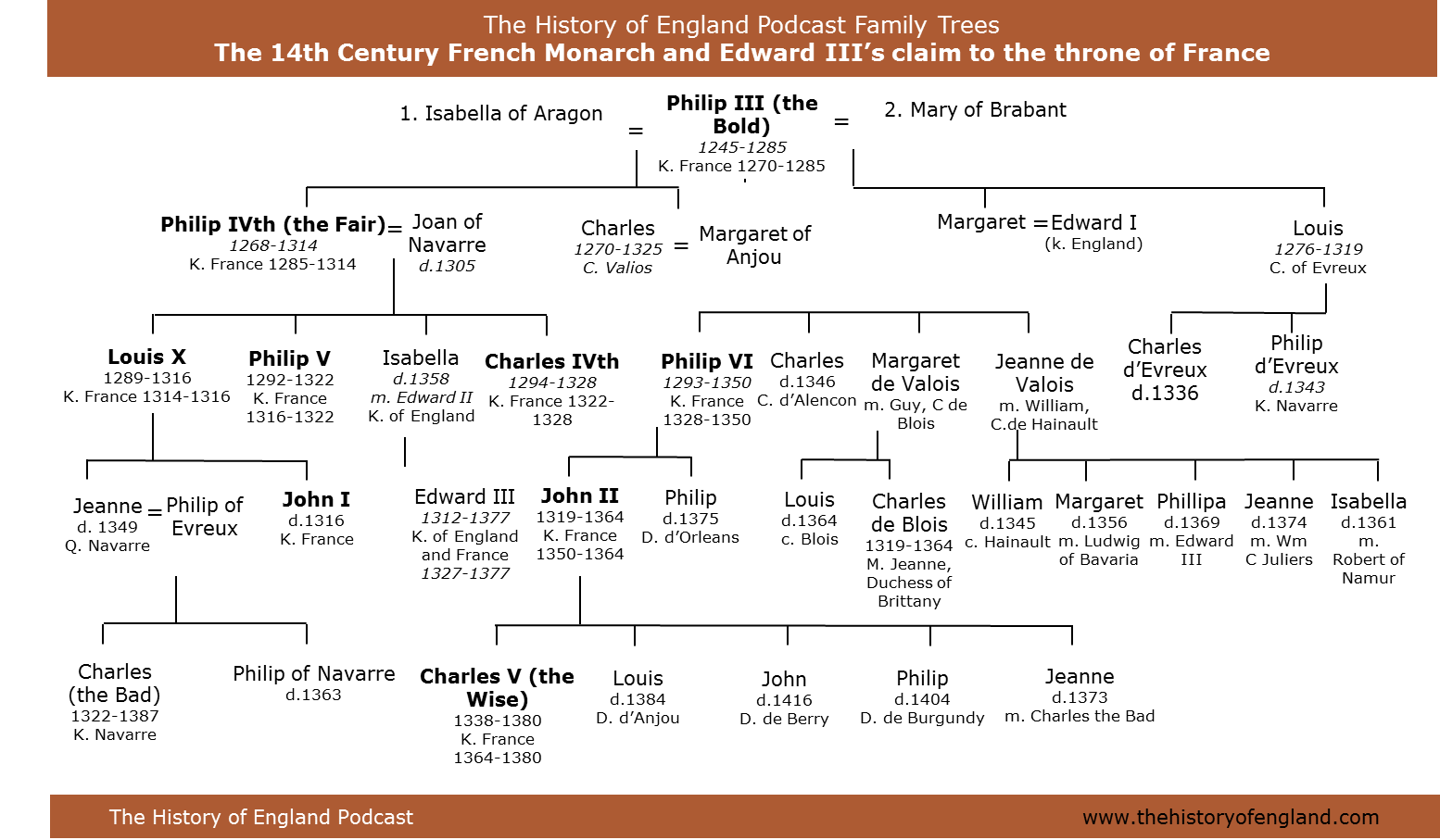 The reason he went for it was to bring Flanders into the war. Jacob van Artevelde wanted to avoid the punishment that would fall on him if he revoked his loyalty to the king of France – the Pope would impose an interdict and a fine. Also, he'd be seen by the world as a rebel. So the answer seemed to be to find a new king of France. And so Edward obliged.