After the victory at Poitiers and capture of the French King, the English seemed to hold all the cards, and the Treaty of Bretigny in 1360 for a while maintained this illusion. Edward basked in his glories, and made sure he had provided for his thre eldest sons – Edward, Lionel and John.

With the consistent refusal by the Dauphin to ratify the treaties of London drawn up by John and Edward, in 1360, Edward launched his last major invasion of France. He planned to crown himself king of France in the ancient city of Rheims.

The campaign was not a success – it rained and rained, the walls of Rheims were too strong for Edward to overcome, and he was reduced to an extended raid. Equally, the Dauphin Charles was impotent in the face of the supremacy of English arms, and could do nothing to remove him.

The map below comes from a nice website called the Chateau Sainte Claire – well worth a look. 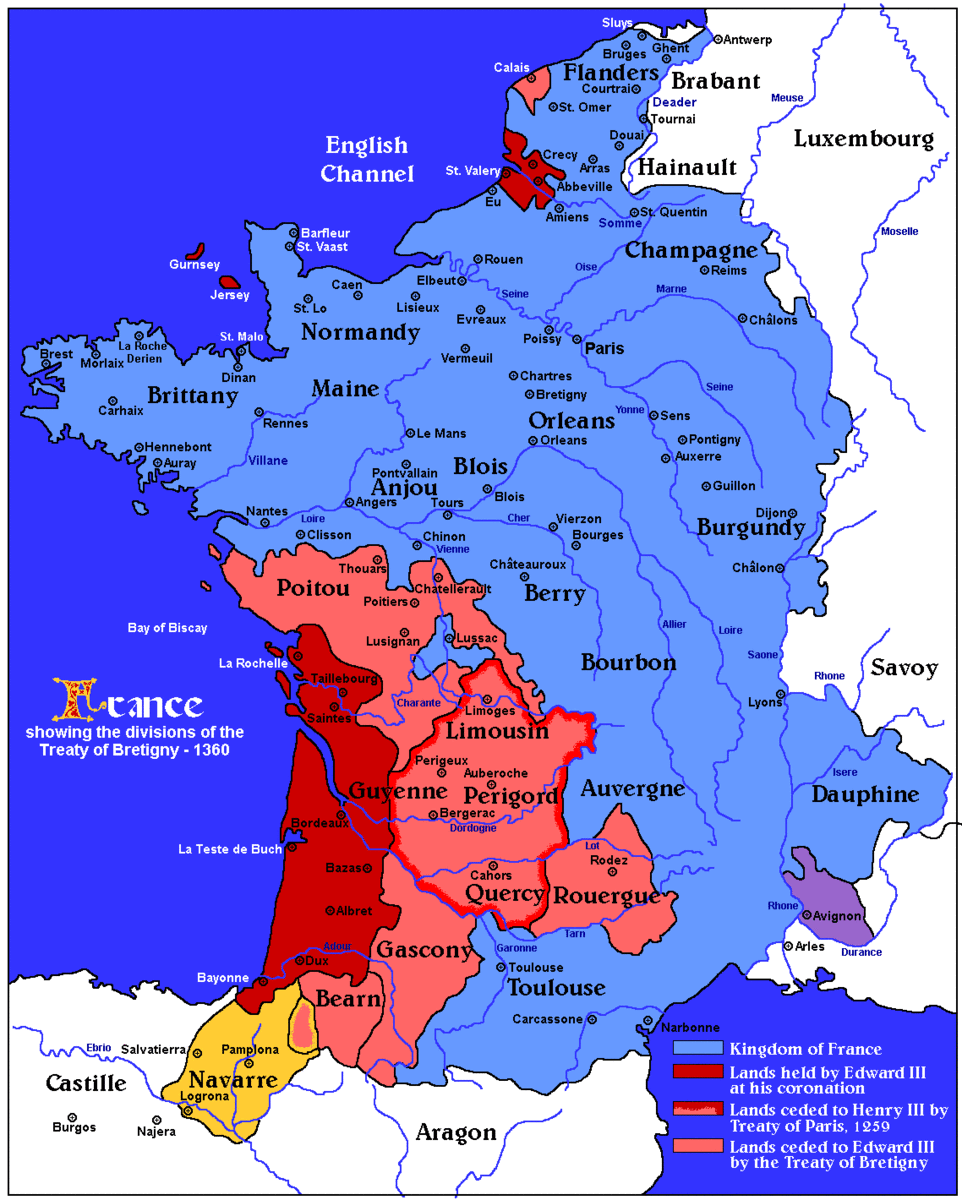