On the face of it, the 1360's were a continuation and celebration of the great victories of the 40's and 50's. In 1364, Charles of Blois was defeated and killed at Auray. In 1364 John II died, to be replaced by Charles Vth, and in 1367 the Black Prince won a brilliant victory at Najera. But in fact the English apple had the worm of decay in its centre.

The Death of King John

In 1364, John died in London – a bad thing for England. Now Edward no longer had the French king in his control, and a French king with a personal commitment  to abide by the rules as defined in the Treaty of Bretigny. He was replaced by the Dauphin – now called Charles Vth, and to prove of a much cannier opponent than his father.

At the Battle of Auray in 1364, Charles of Blois was killed, and Bertrand du Guesclin captured. Charles Vth now had no choice but to accept John de Montfort as the Duke of Brittany. On the face of it, this is great news. But in fact it meant that John was now much more equivocal in his support for the English; and the great men of Charles's court never really accepted Montfort. It was not the end of Brittany's agonies. 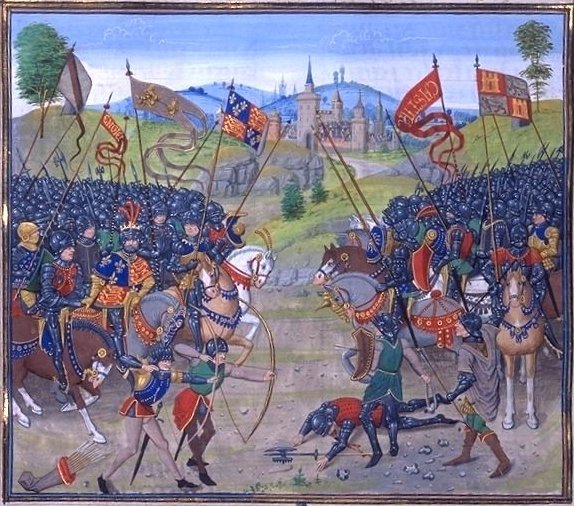 The Najera campaign seemed to the Black Prince to be a simple matter of continuing the glories of Crecy and Poitiers. In the Spanish kingdom of Castile, the English 'ally' Pedro the Cruel was thrown out by Henry of Trastamara, supported by the French. Together with the Gascon lords, the Black Prince led an army into Castile to put Pedro back on the thrown. Pedro promised to pay, plus there'd be all those ransoms.

Campaign was initially a complete success. The French leader, Bertrand du Guesclin, was unable to persuade henry Trastamara to offer battle near the town of Najera; for his part Trastamara felt he needed to show that he was a worthy king. The battle was a tour de force by the Black Prince. Before dawn, he led his troops on a flanking movement which creating chaos in the French-Spanish ranks.

But the aftermaths was a disaster. Pedro could not pay. Ransoms were far and few between. Returning to Aquitaine, the Black Prince now faced a bunch of unhappy Gascon lord demanding compensation, and soon he would realise he'd backed a loser, as Trastamara kicked Pedro out. Worst of all, the Black Prince picked up dysentery – and from here on was to be a shadow of his former self.

Resumption of the war and the sack of Limoges, 1370. 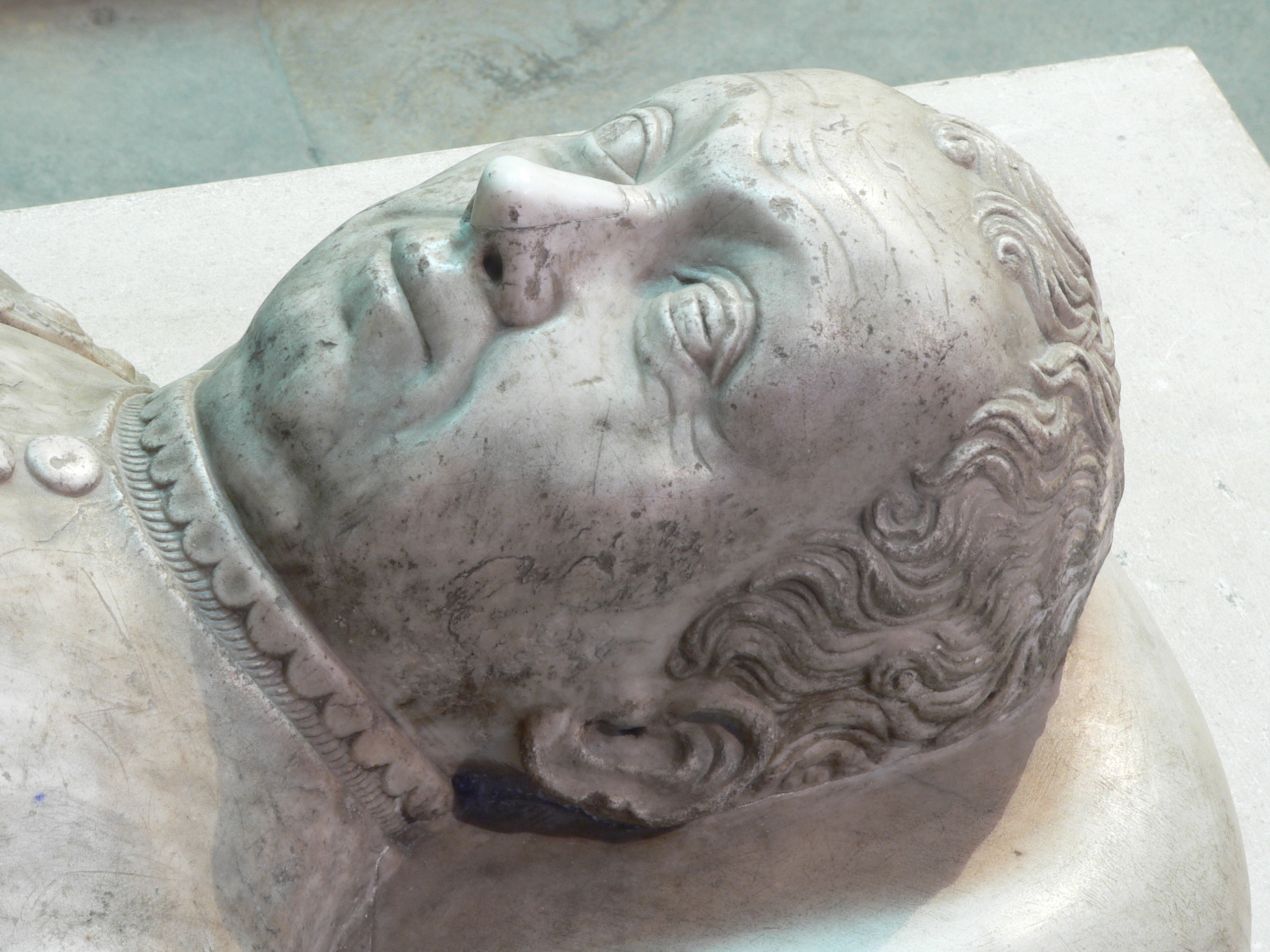 Charles Vth of France engineered the resumption of war with the Armagnac and Albret Gascon familes. They appealed to Charles as overlord to resolve a tax dispute with the Black Prince. By accepting the challenge, Charles Vth signalled the end of the treaty of Bretigny.

In 1369, Edward resumed his title as King of France. But the war went badly. No more would Charles and Guseclin fight on English terms. In the east of Aquitaine provinces such as the Rougerue, Quercy and Agenais quickly switched to the French. In the north, English raids went poorly, although the French were forced to abandon a planned invasion of England.

In 1370, the Black Prince made his last effort to fight back and mounted a campaign into Poitou which had so far stayed loyal. The Bishop of Limoges had switched his allegiance to Charles, but as the Black Prince advanced the French fell back, determined not to offer battle. The Black Prince sacked Limoges. 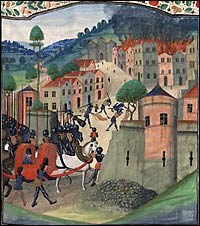 Froissart's chronicle accused the Black Prince of indiscriminate slaughter of Limoges's citizens.
In fact, it seems to have been all according to the normal rules of war – Limoges after all, refused to surrender. But Froissart himself seemed to be recognising the horror of war at least counterbalanced the stories of honour and chivalry, and had more sympathy for their victims.

The Prince…entered the city on foot with their companies…all of them were equipped for evil and ready to spread out across the city killing men, women and children as they had been ordered to do. It was heart rending to see the inhabitants throwing themselves on the ground before the prince as he passed, crying out ‘mercy, noble lord, mercy’. He was so enraged he heard them not. No one listened to their appeals as the invaders ran through with their swords everyone they found in their way. These people had nothing to do with the city’s treason but paid a dearer price than the great figures who had really been responsible.