In June 1381 the revolt came to London. Before long, London was in flames, and the qualities of the young king Richard, and his advisers, were tested to the limit as they were made prisoners in their own castle.

London in the 14th Century 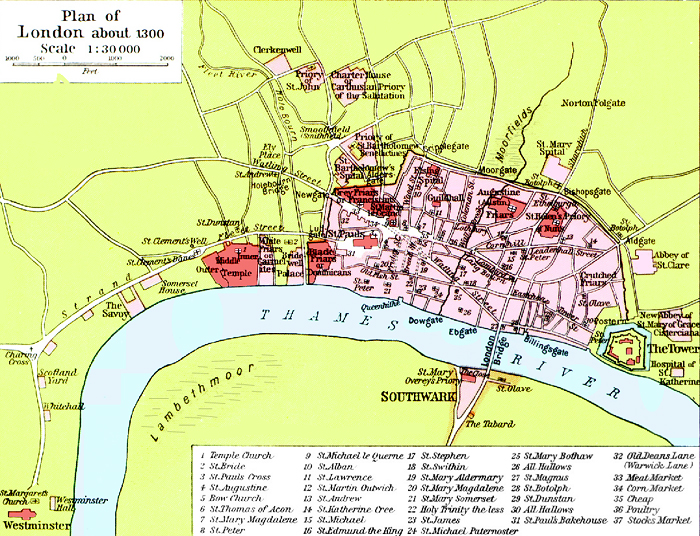 13th June 1381: The rebels gain access to the City and go on the rampage

The Mayor was an experienced, resolute Merchant called William Walworth. But even he realised that his city militia sympathised with the rebels more than with him. So the gates were opened. The rebels swarmed into the city, ransacked Gaunt’s place on Strand and started to take revenge. That day, 18 men were beheaded in Cheapside. The mob ended up at the Tower of London where Richard and his council sat in earnest debate. Mayor Walworth wanted to fight, but Archbishop Sudbury and Treasurer Hales persuaded Richard to seem to give in to the Rebels’ demands

Richard met with the rebel leaders at Mile End. He agreed to their demands – freedom for all, and a 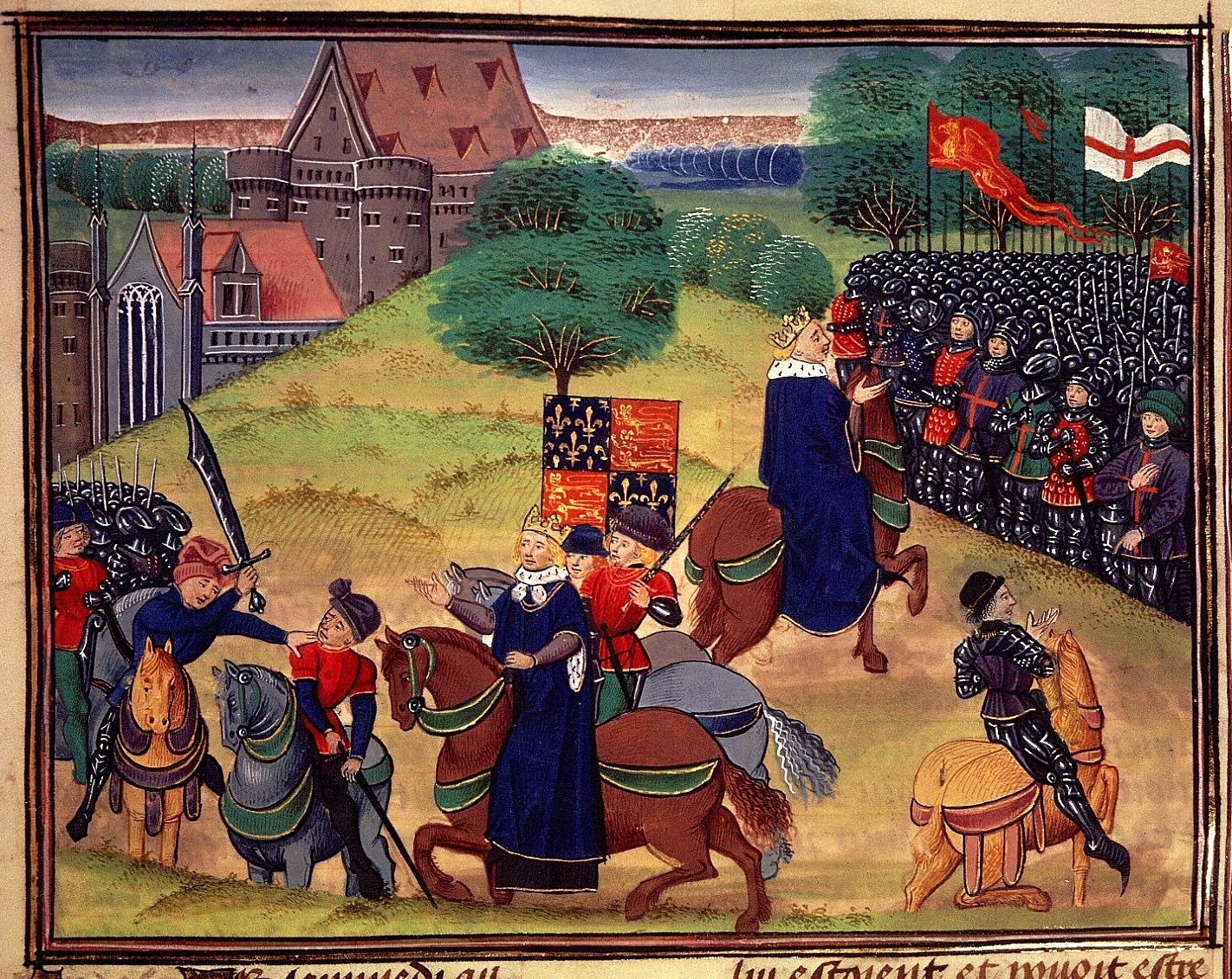 top limit rent of 4d. Everyone was happy – until he agreed that the rebels could root out traitors in his name. So the rebels were admitted to the Tower, found the Archbishop of Canterbury, Sudbury, and the Treasurer Hales – beheaded both of them and stuck their heads on poles.

So Richard turned to Walworth, and his more aggressive plan. They invited Tyler and the rebels to Smithfiield – a wide open space, but with pinchpoints where the king’s smaller forces could minimise their disadvantage over the more numerous but lightly armed rebels.

Tyler made his demands to Richard; but Mayor Walworth was having none of it ran him through  with a sword, and hurried off to find his forces. The rebels were confused – they’d seen their leader fall but didn’t know what had happened. But they prepared to fight.

Famously at that point the young Richard came forward and said

‘Sirs, what more do you want? You have no other captain but me. I am your king, behave peaceably’

Leaderless, and used to thinking that the King was their friend, the rebels followed Richard. When Walworth returned with his armed men and Tyler’s head on a pole, they realised they had lost this fight; and allowed Richard to persuade them to return to their homes.