The reputation of Henry IVth has changed through history – where he's remembered at all! So we look at that – we are left with those that think Henry was inadequate, and those that he did the best job possible in the circumstances. And then we deal with the first challenge of Henry's reign – the Epiphany Rising.

The famous image of Henry is this one. It hangs in the National Portrait Gallery in London, and to all intents and purposes it looks as though we are now into the period of authentic likeness, which started with Richard II; prior to Richard all the images we have of kings are 'identikit', stylised images of how a king should look. BUT it turns out that this image is also fake. It was created as part of a series in late Tudor times – 1590-1610 ish. Now by this time, the concept of true likeness was still important; so they made great efforts to find some true likeness they could copy. However in the case of Henry IVth we might suspect that they didn't manage it; but what they seem to have done is make sure at least that his dress is as authentic as possible – in this case it looks very similar, apparently, to contemporary images of Charles VIth of France. 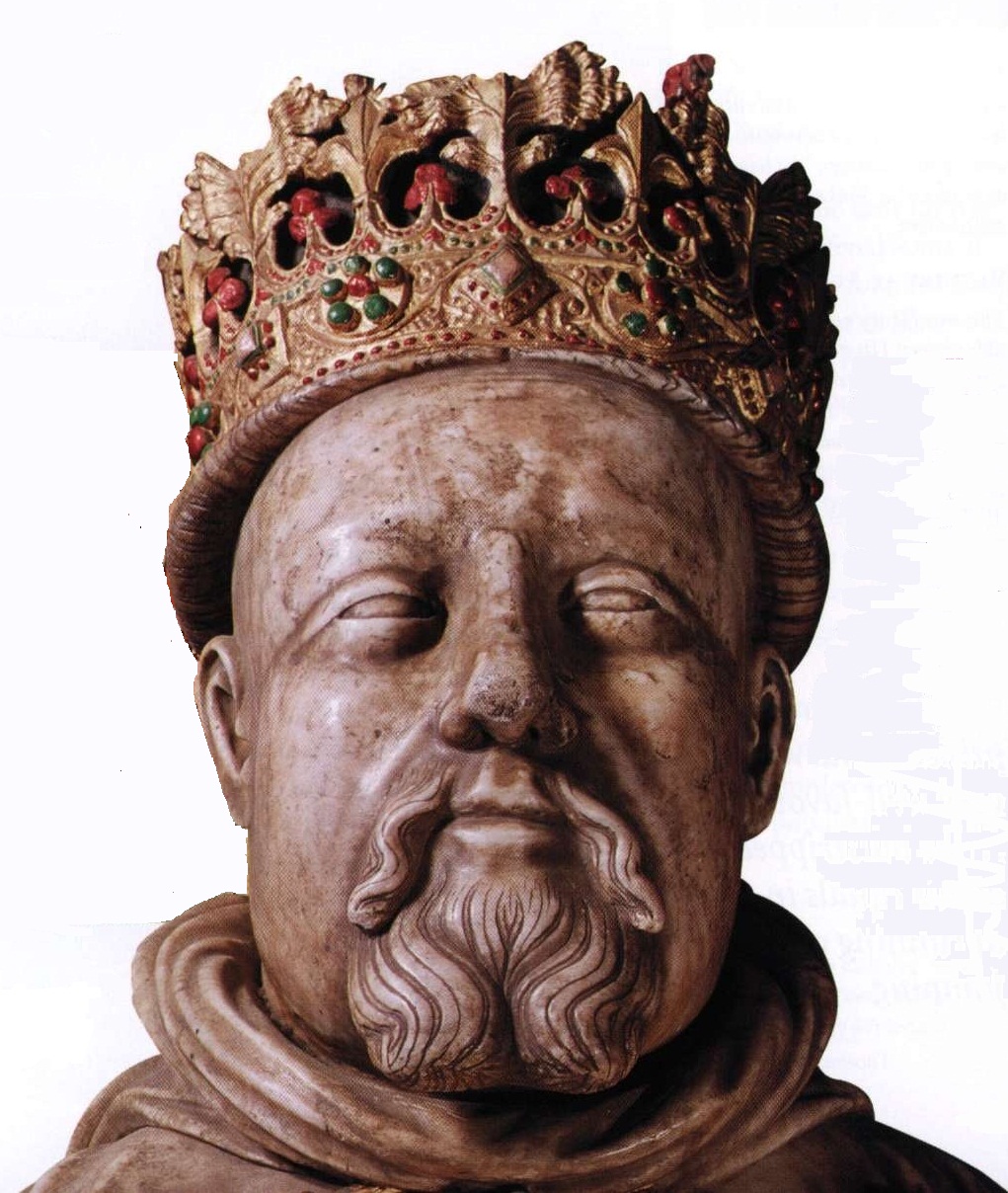 So we should probably be relying more on this image, which his tomb at Canterbury Cathedral. It is pretty much contemporary – 1420-30, by a Derbyshire firm, created in Alabaster.

Having said that, I'm not sure he looks as good – a bit like a small town bank manager, could be in Dad's Army or such like. His figure on the tomb has the interlinked S's of the house of Lancaster – ancestry was important to them.

As it happens, the tomb was opened in 1832. Apparently Henry's features were very well preserved including a deep, and full beard, of a deep Russet colour.