Henry probably now intended to be King of France or Duke of Normandy as a minimum. So what he planned was a war of conquest, not just the traditional chevaucee. It's likely that he planned to start with Harfleur, take it quickly and then advance to the capital of Normandy – Rouen – before winter. But Jean d'Estouteville, captain of Harfleur, had other ideas.

You can let this animation run at it's own speed, or click pause and then move the show on as you wish with the 'next' and 'prev' buttons. Enormous thanks to Andy Flaster and Jonathan Crowther for all the technology stuff. 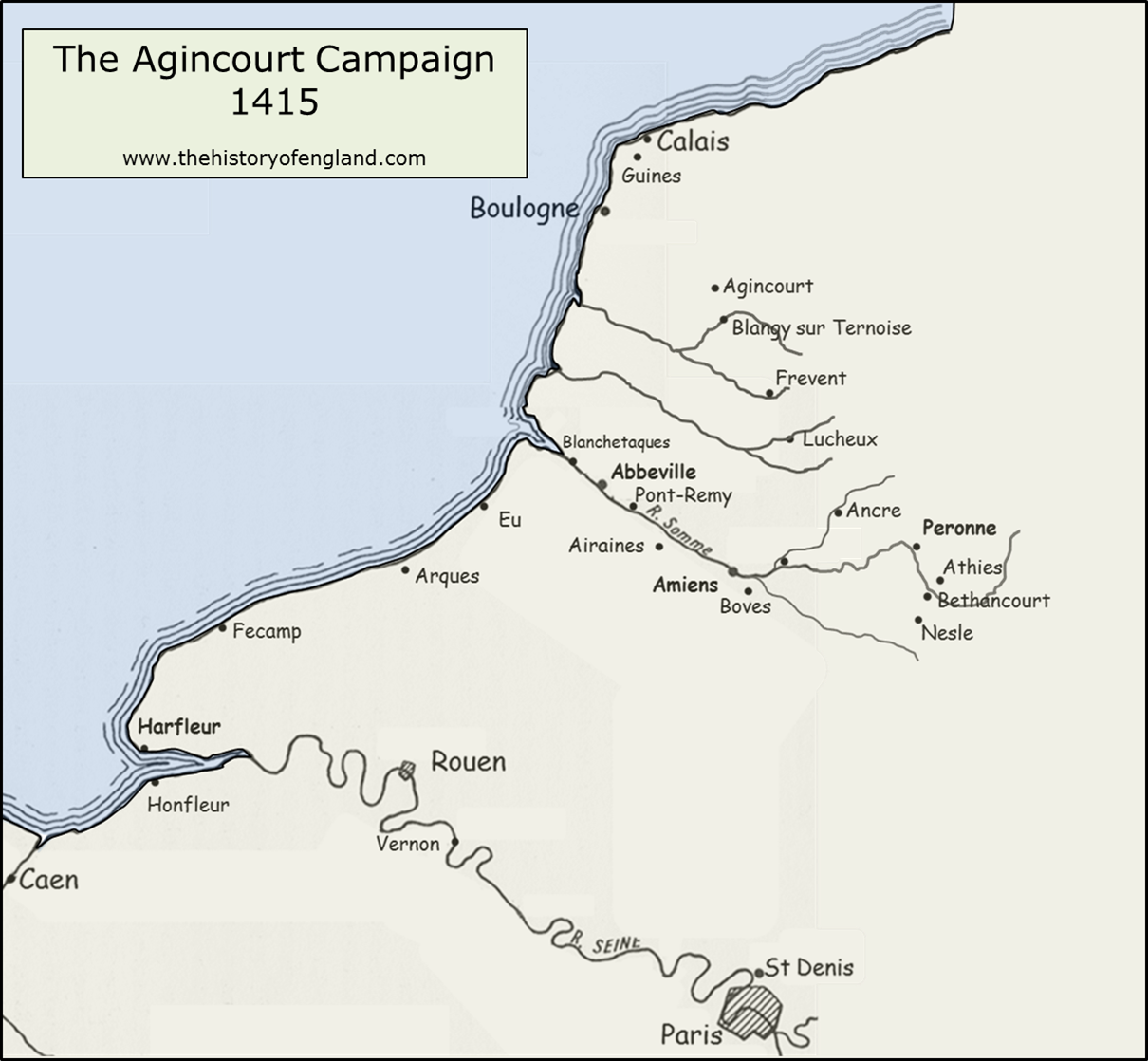 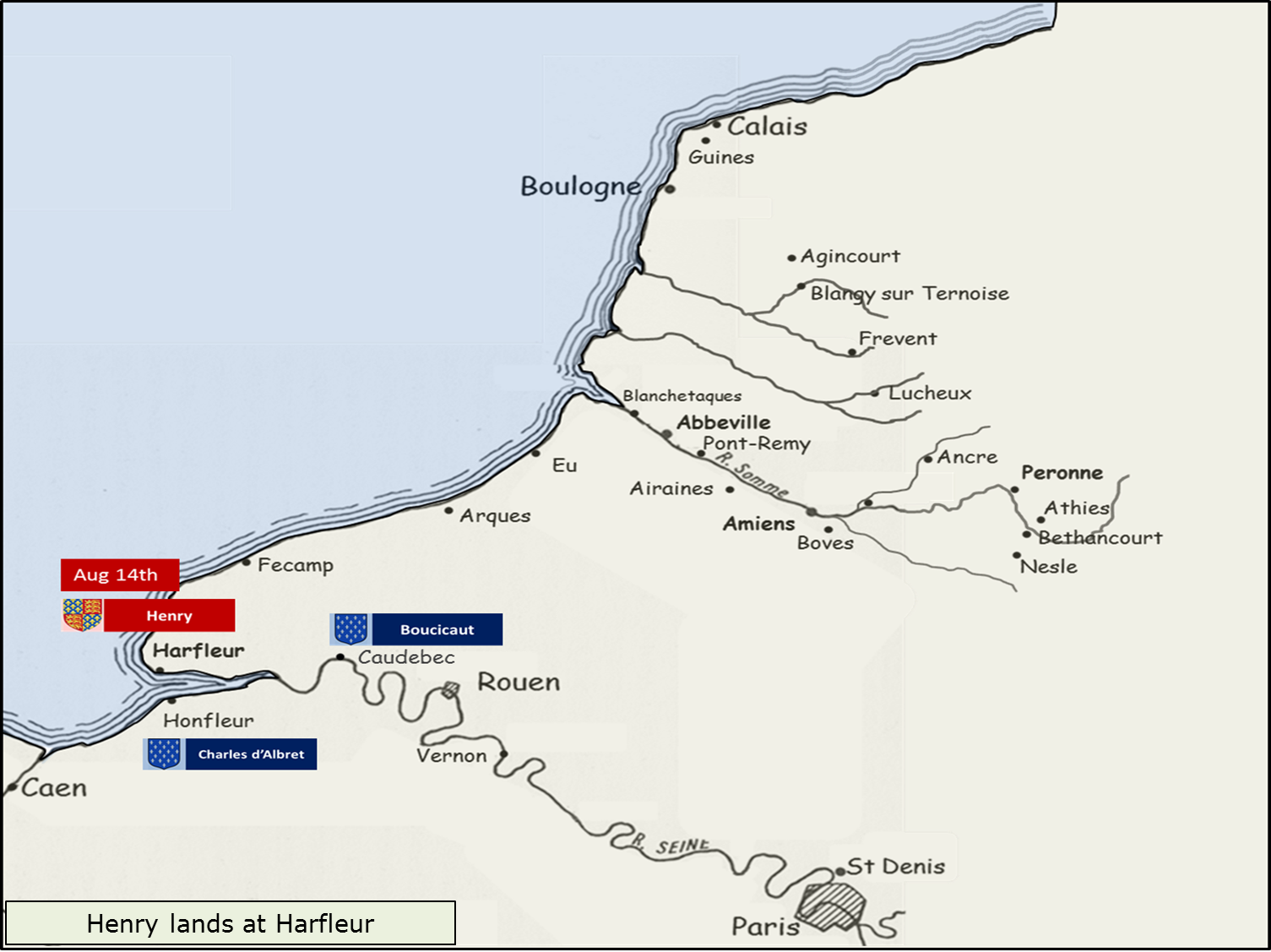 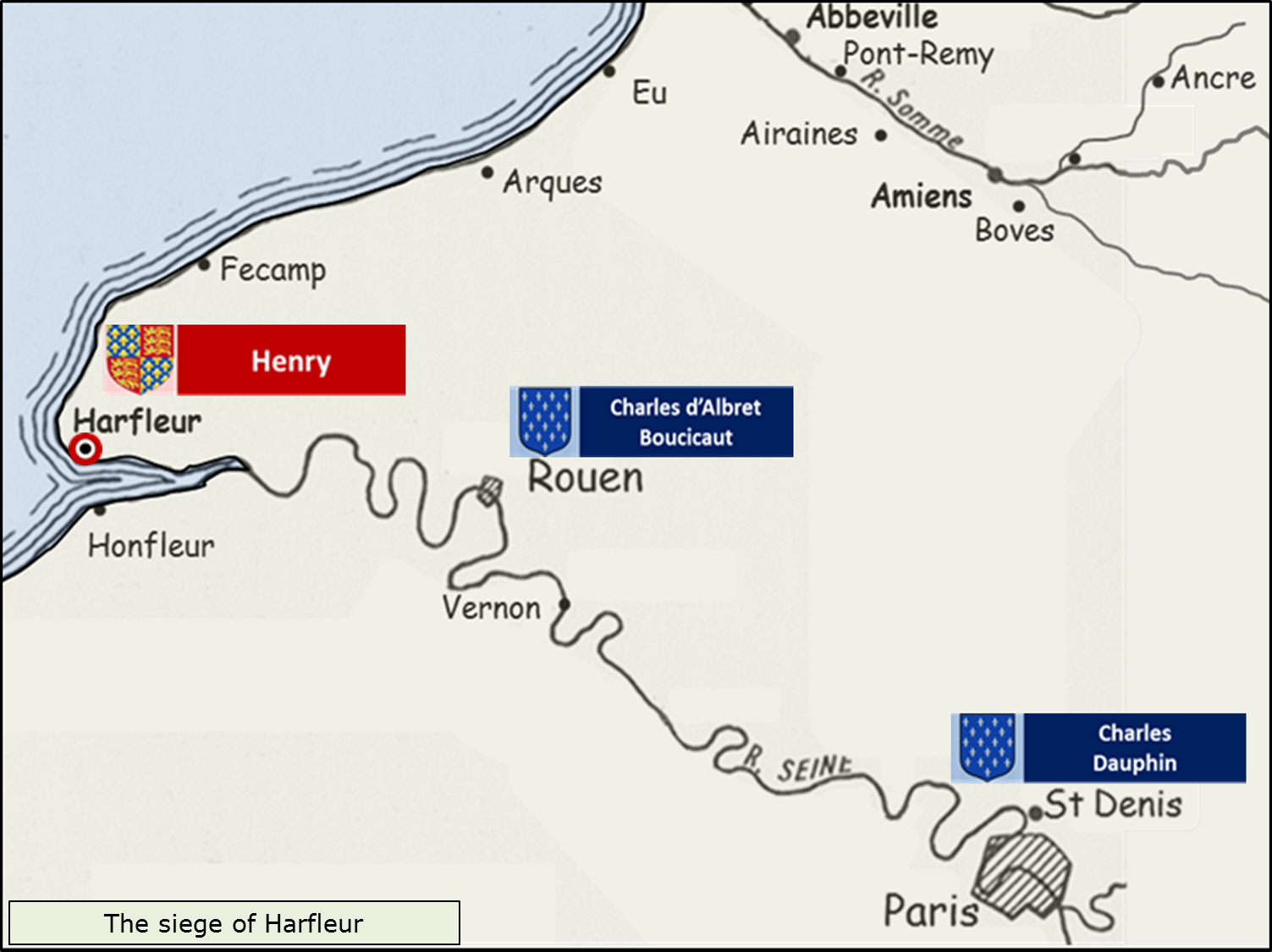 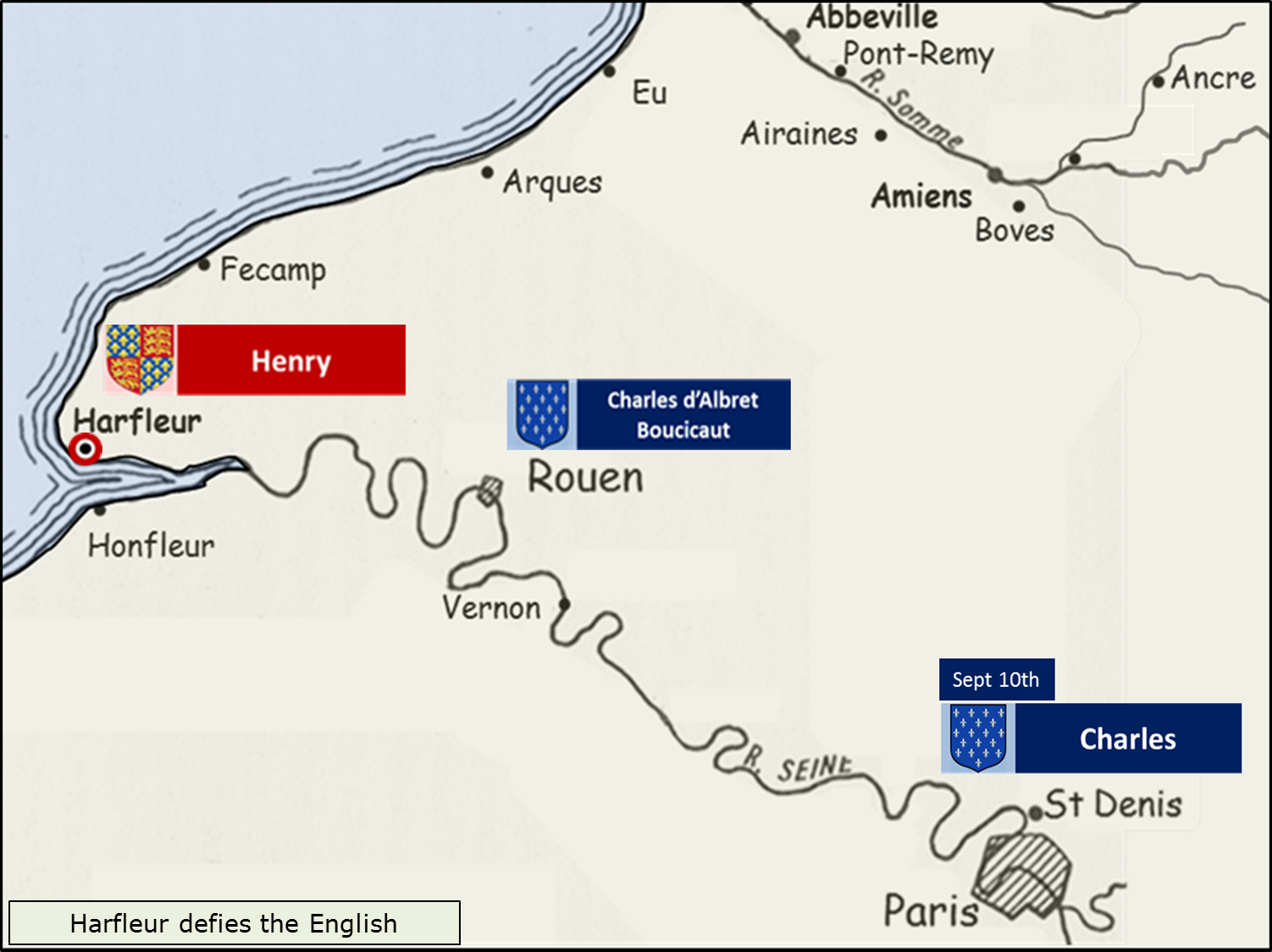 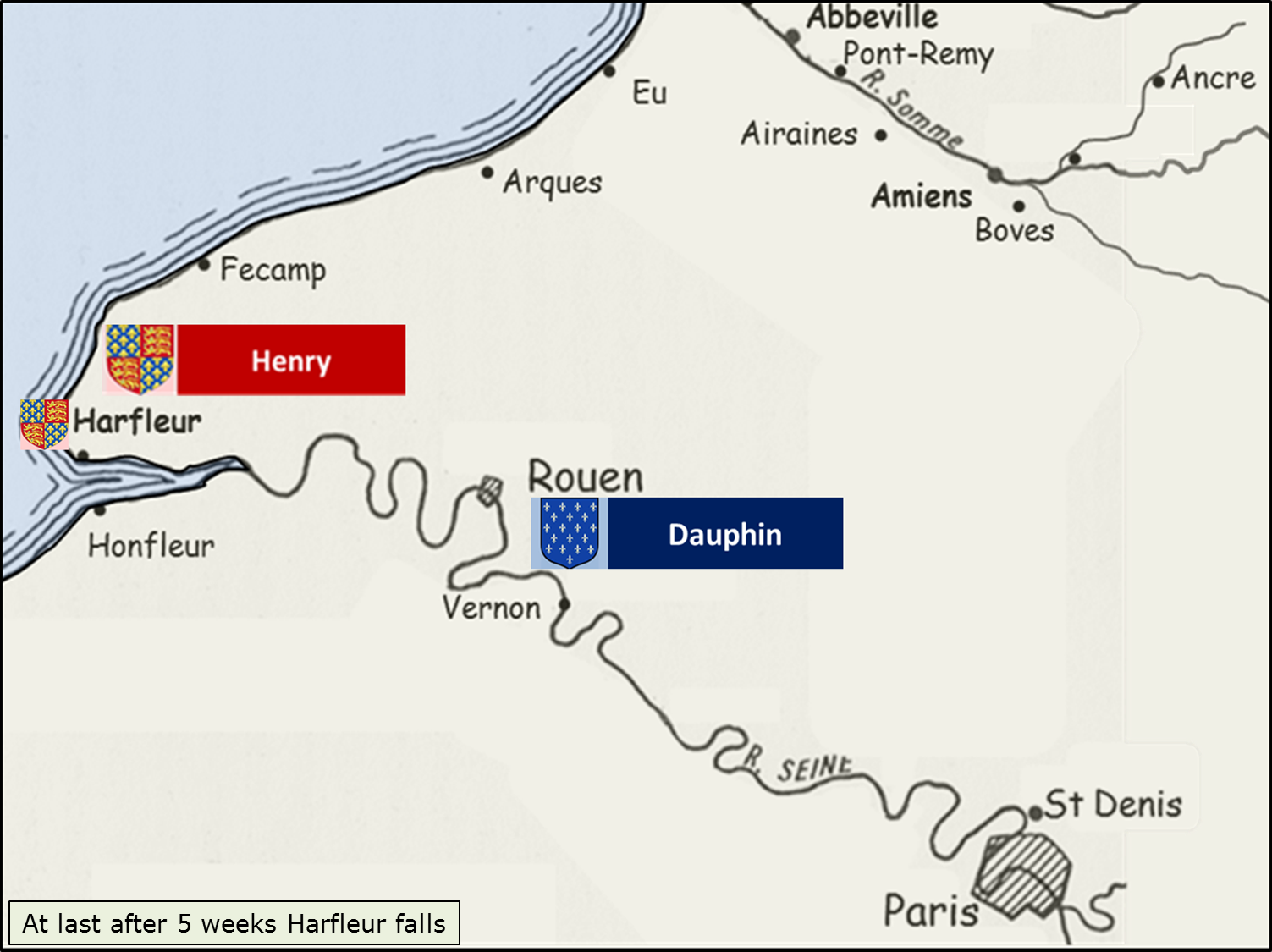 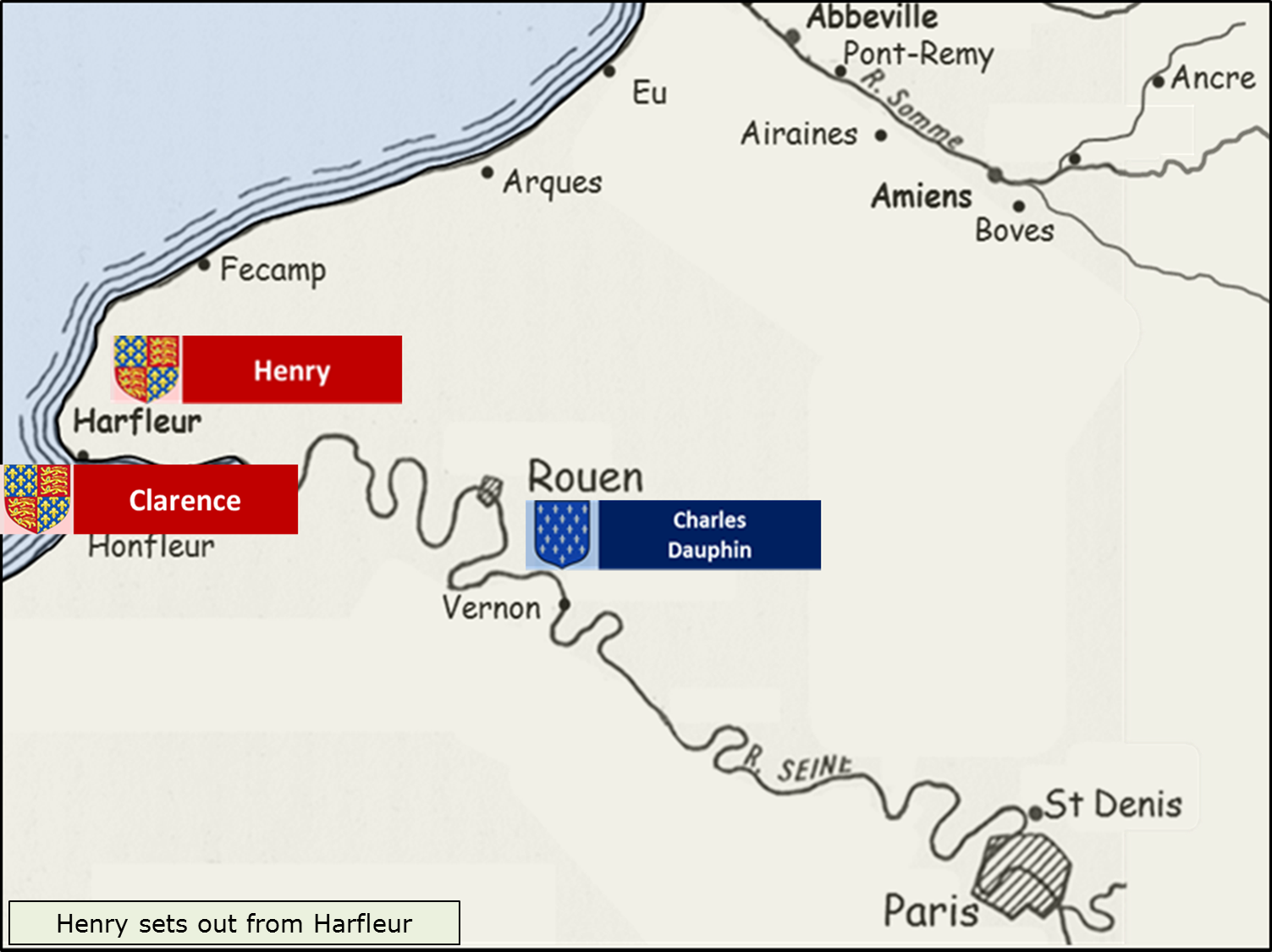 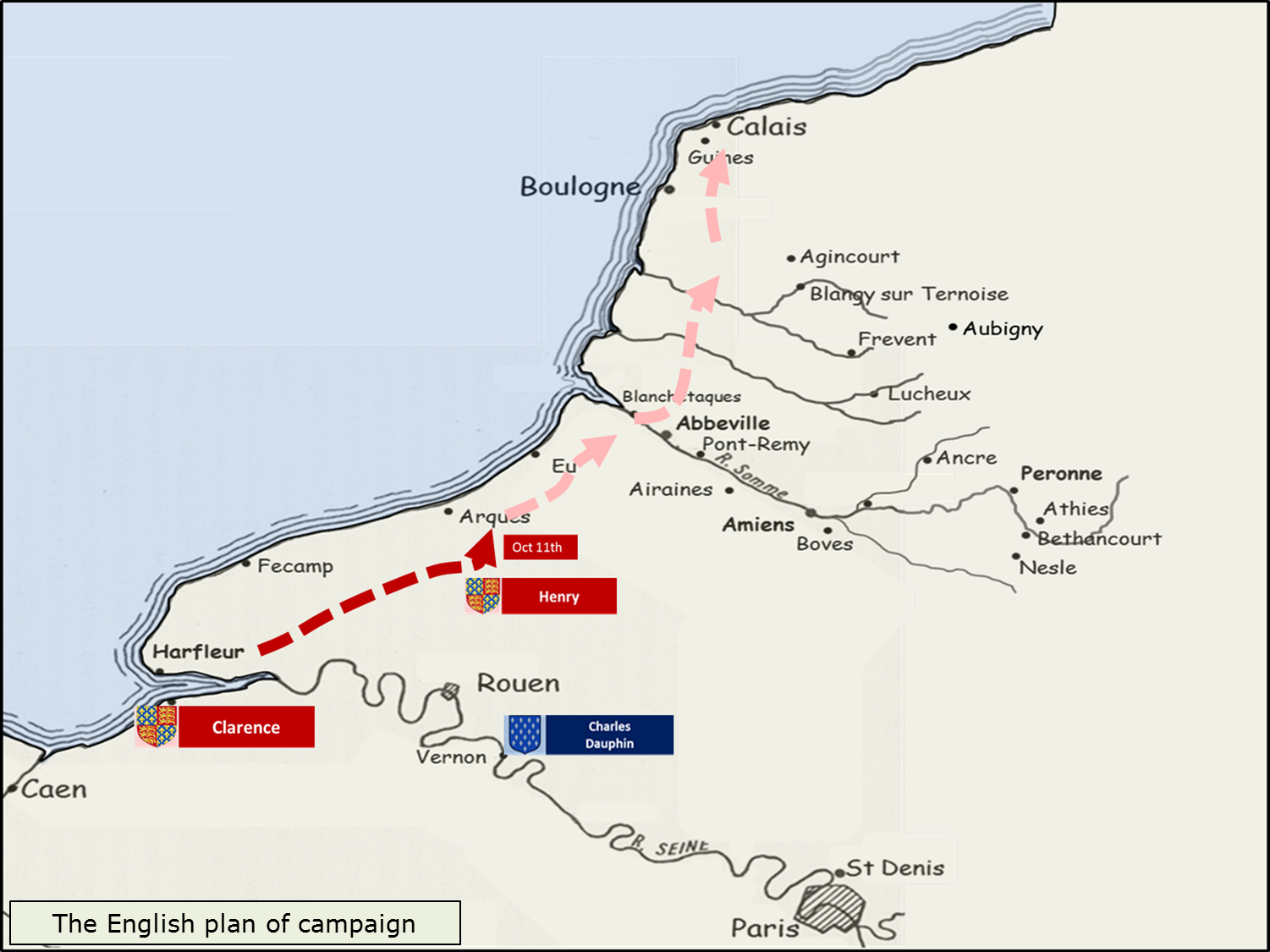 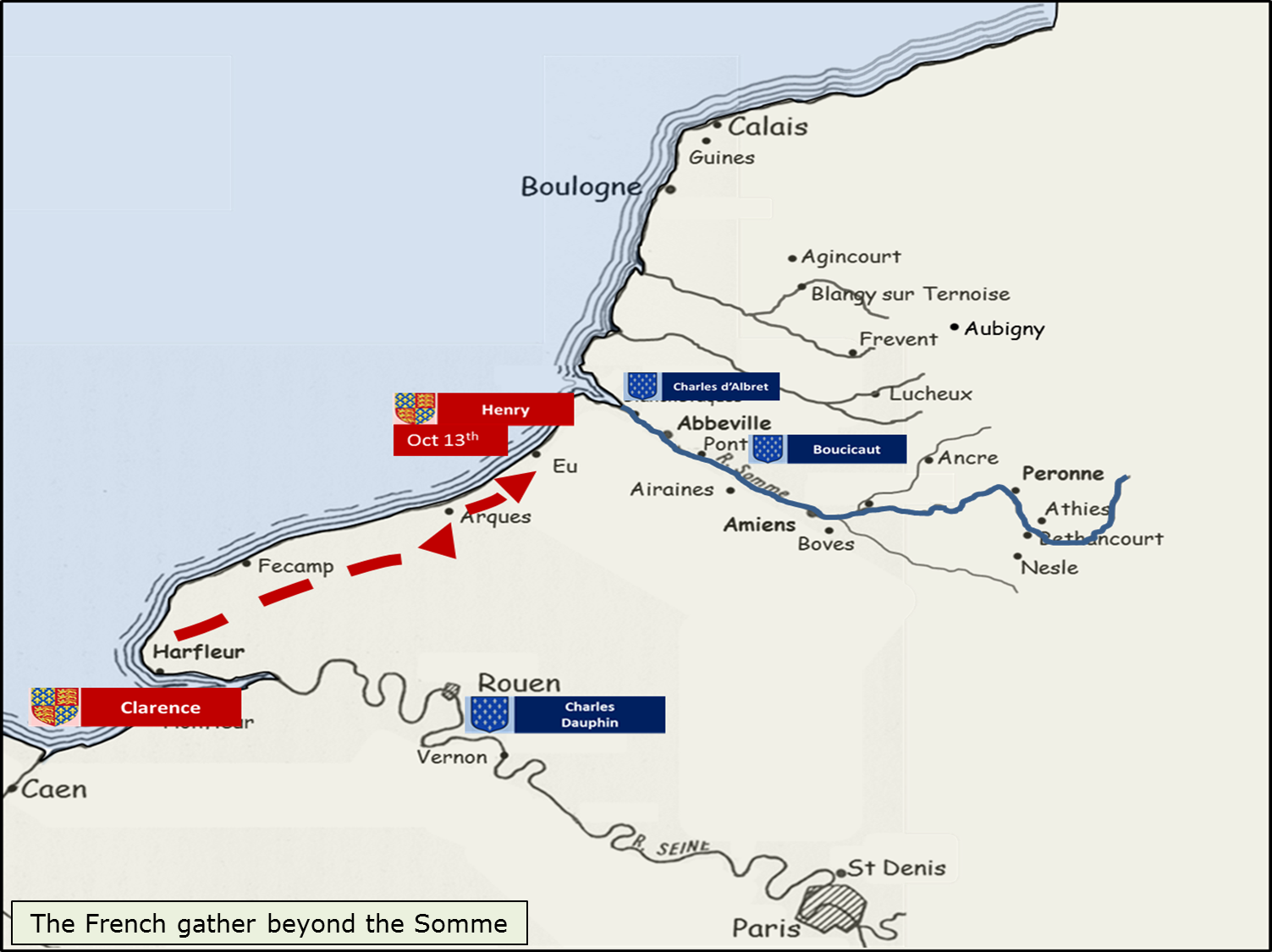 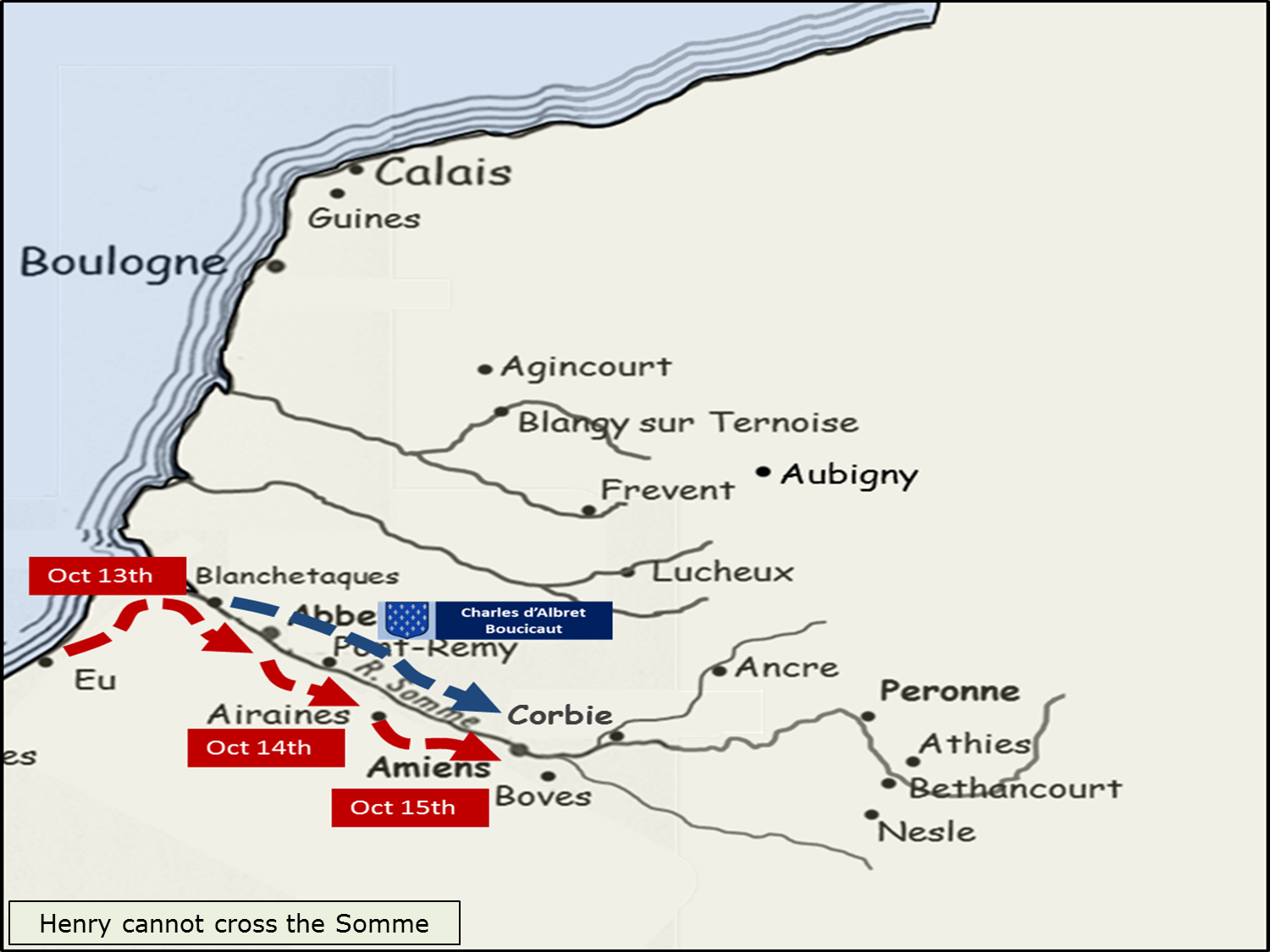 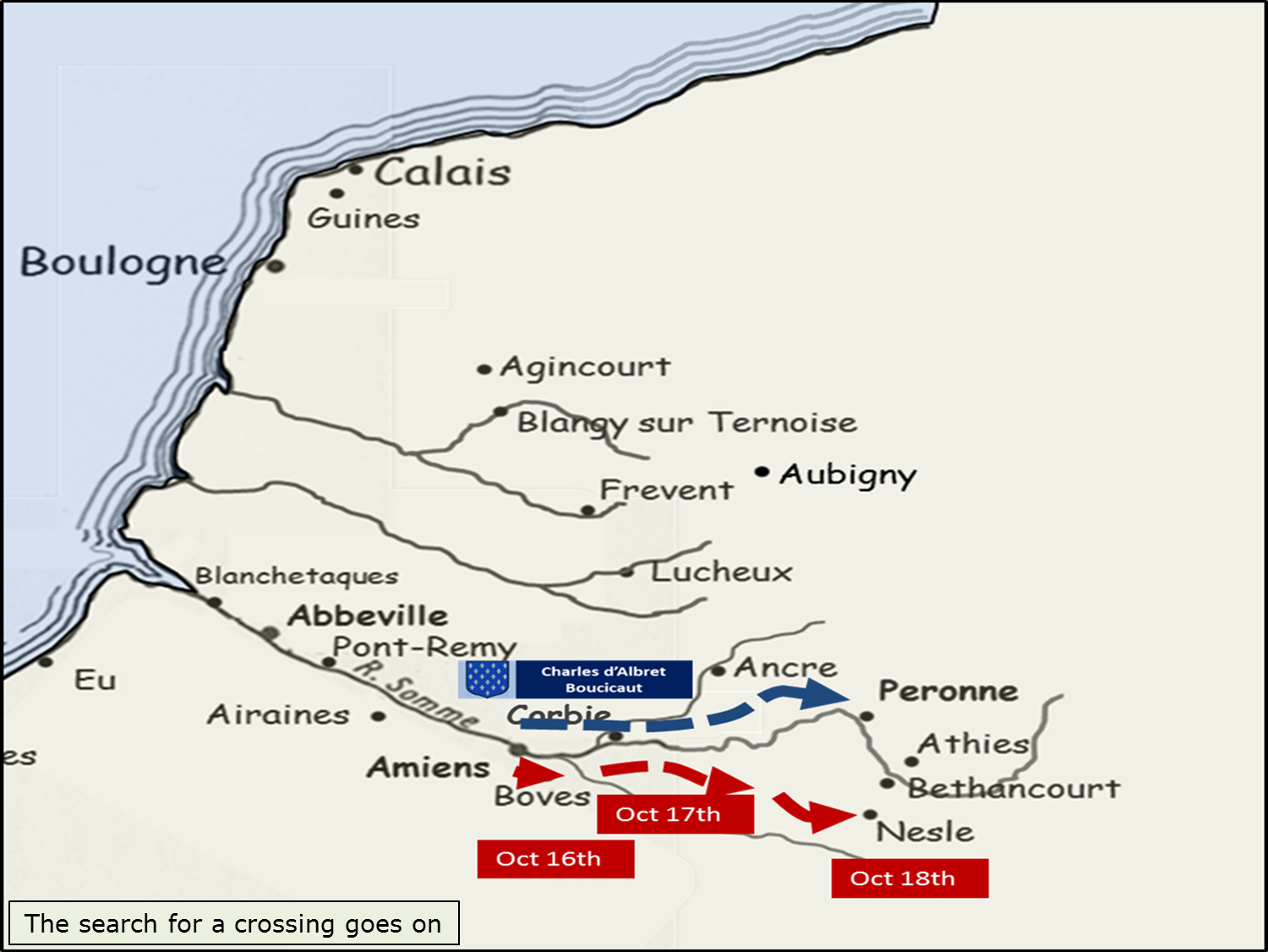 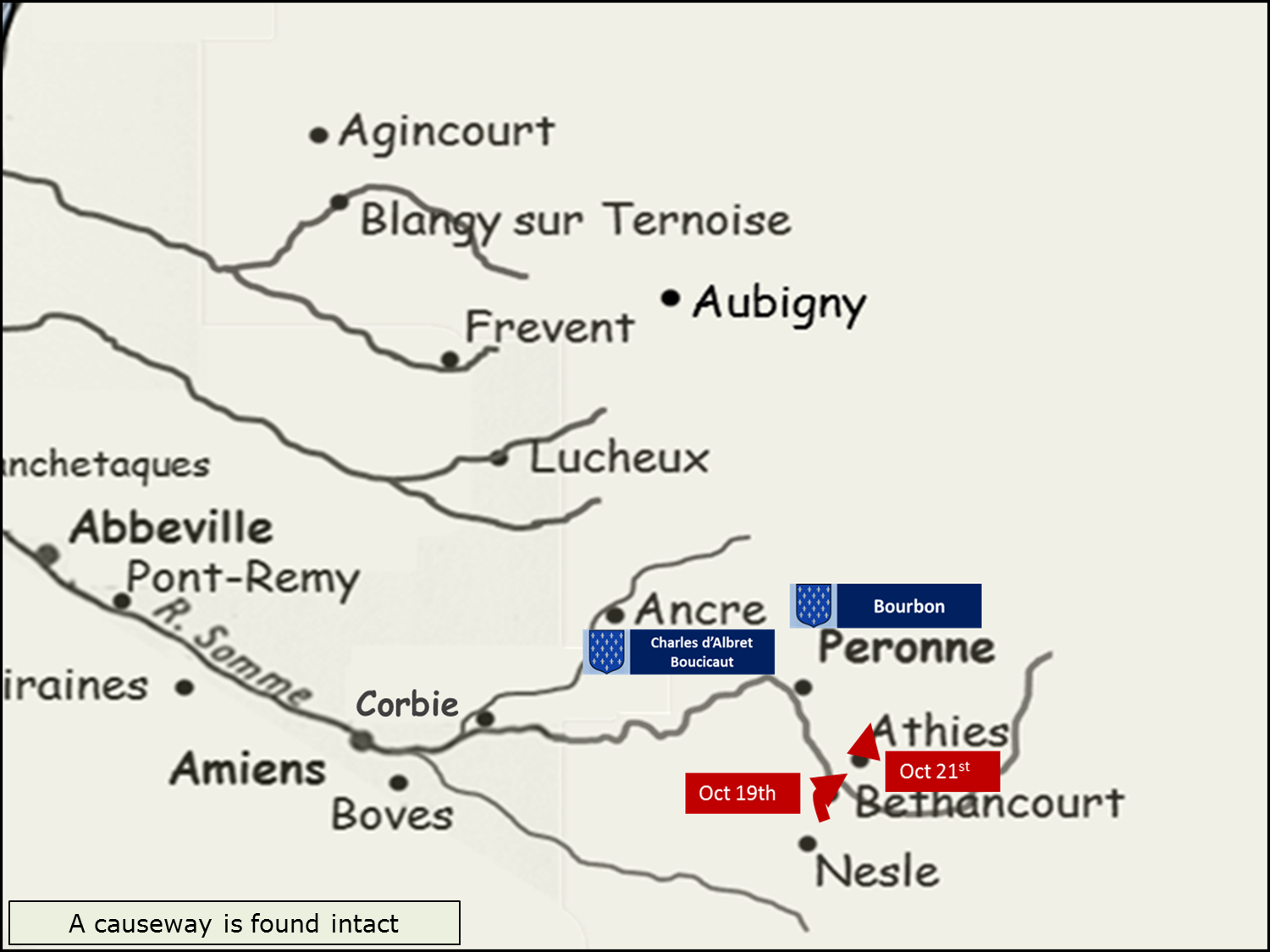 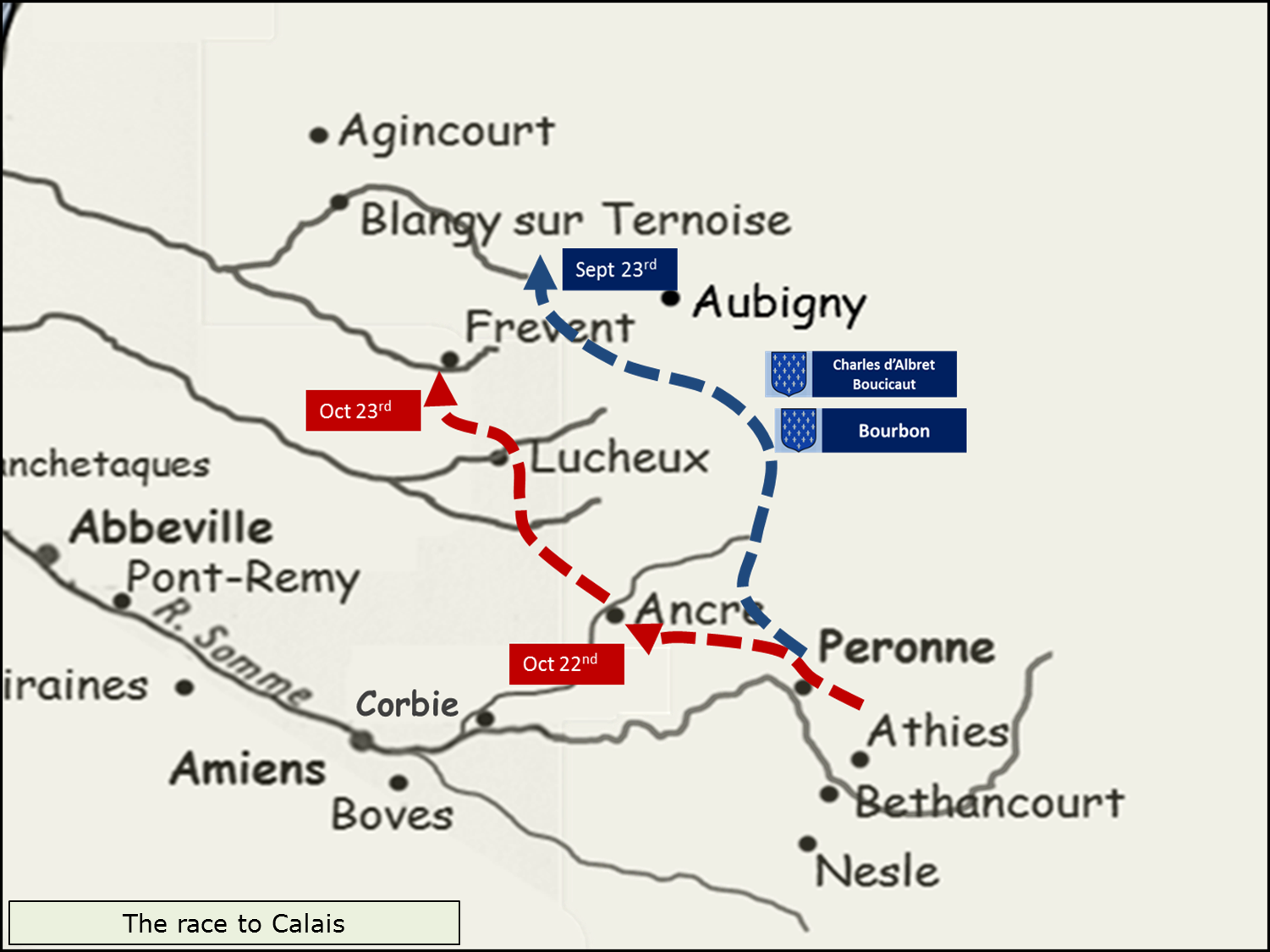 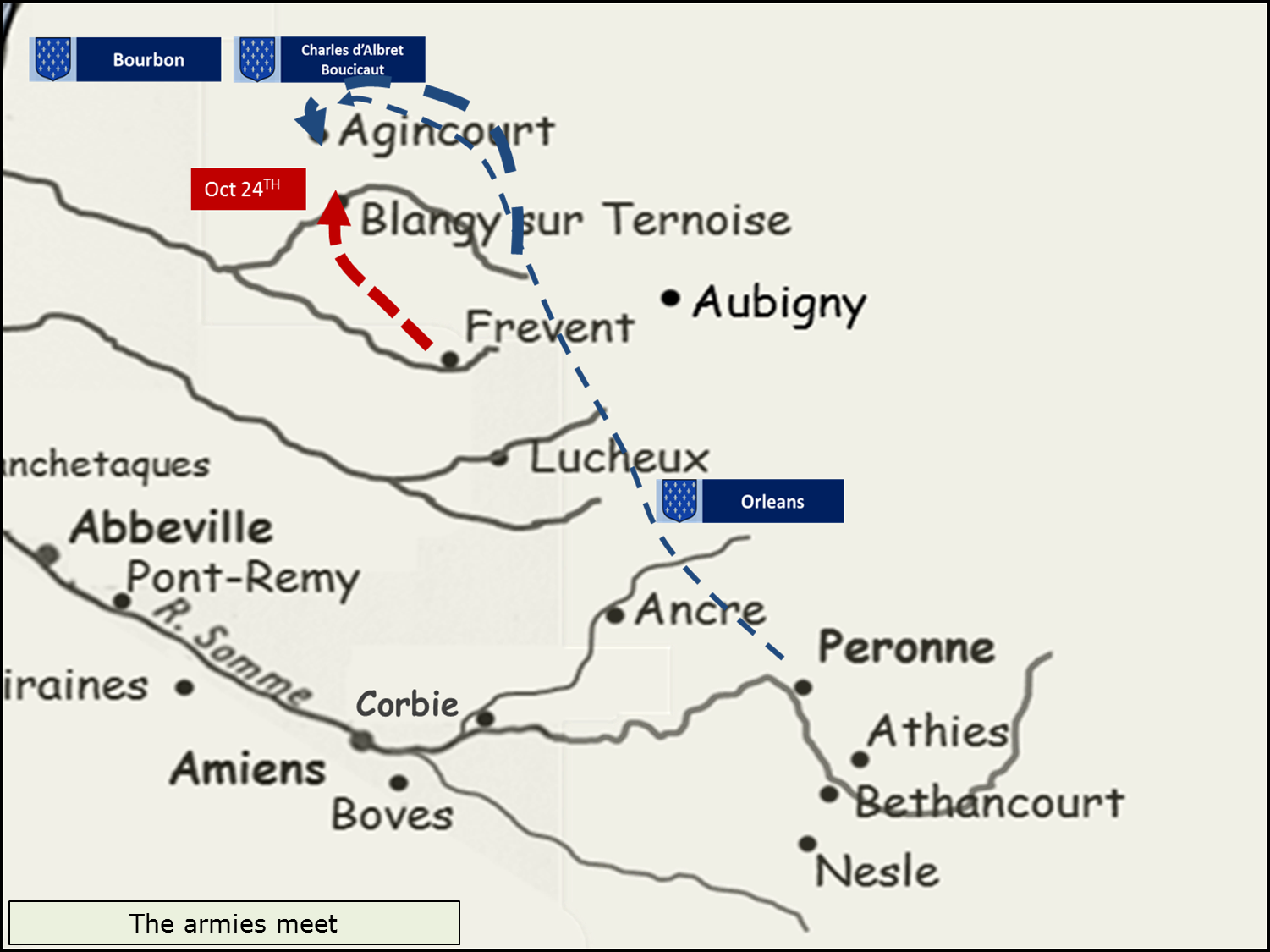 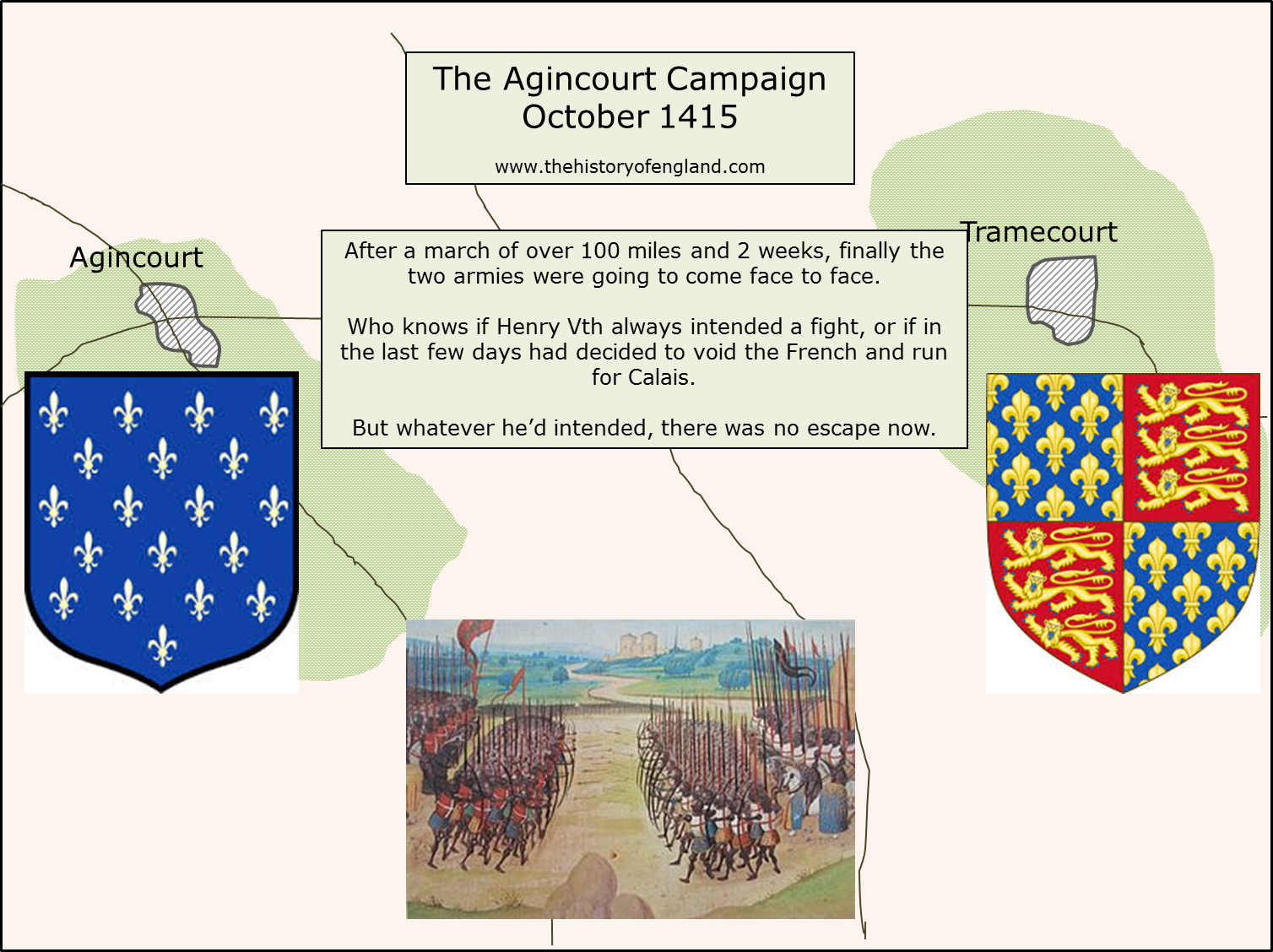