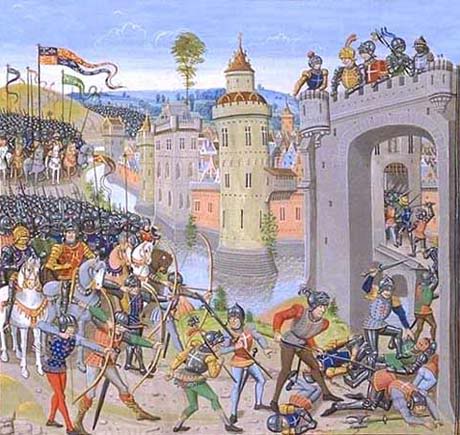 While Bedford and talented commanders like Salisbury were alive, the cause of the English in France was far from dead. But in 1423, buoyed by the arrival of the Scots, the French launched a fresh campaign into Normandy, and quickly took the mighty town of Verneuil.

The Battle of Verneuil

The French offensive of 1424 started with a surprisingly easy capture of the town of Verneuil by the Scottish commander, Douglas. The English army was probably of the order of 8,500 men, probably with about 2,000 men at arms and the rest archers. The French and Scottish contingent was of the order of 16,000 strong. 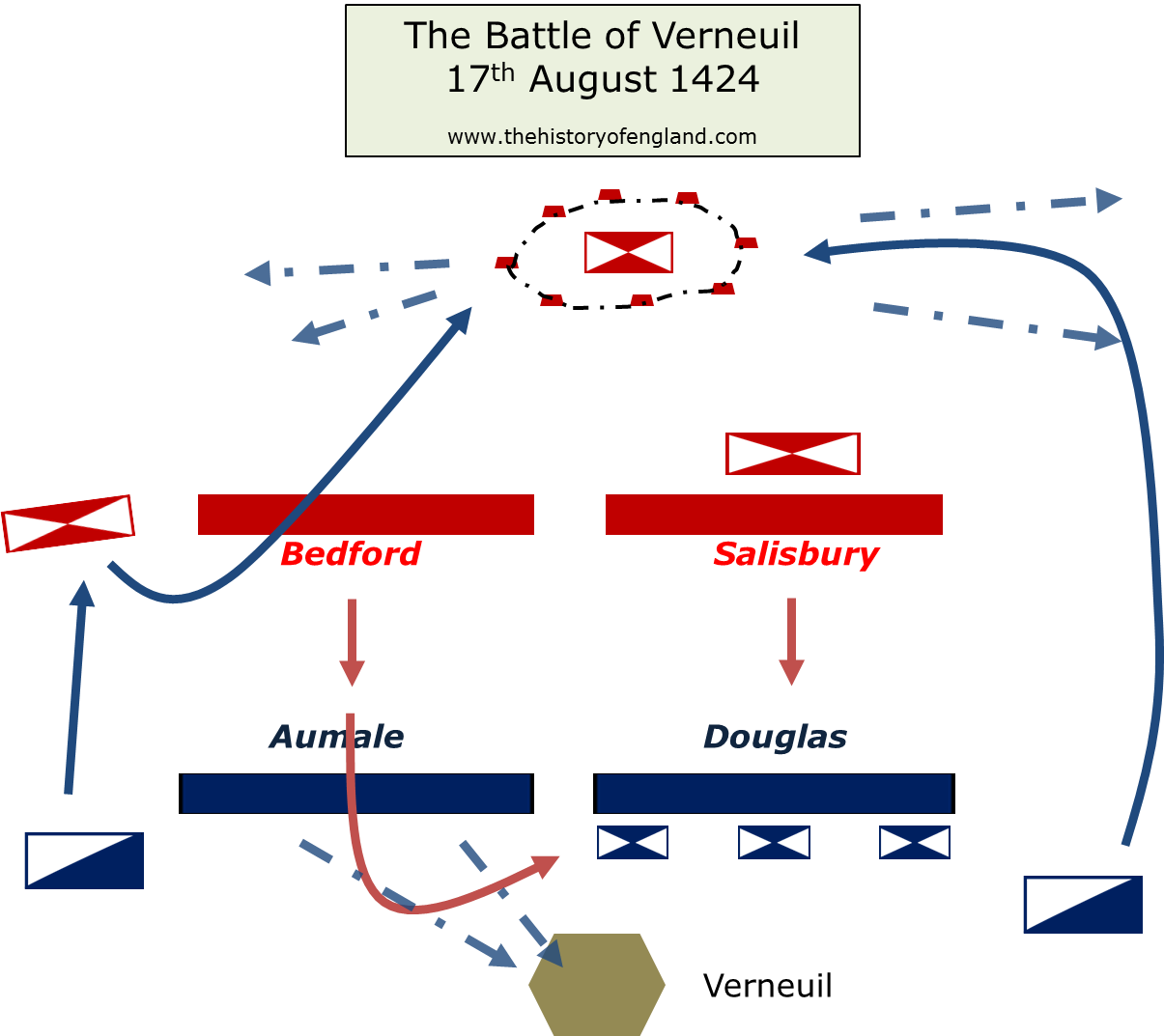