In 1455, the quality and nature of the arguments and disputes about the king's fitness to reign and the need to reform the way England was governed changed very significantly. At St Albans, blood was spilled. 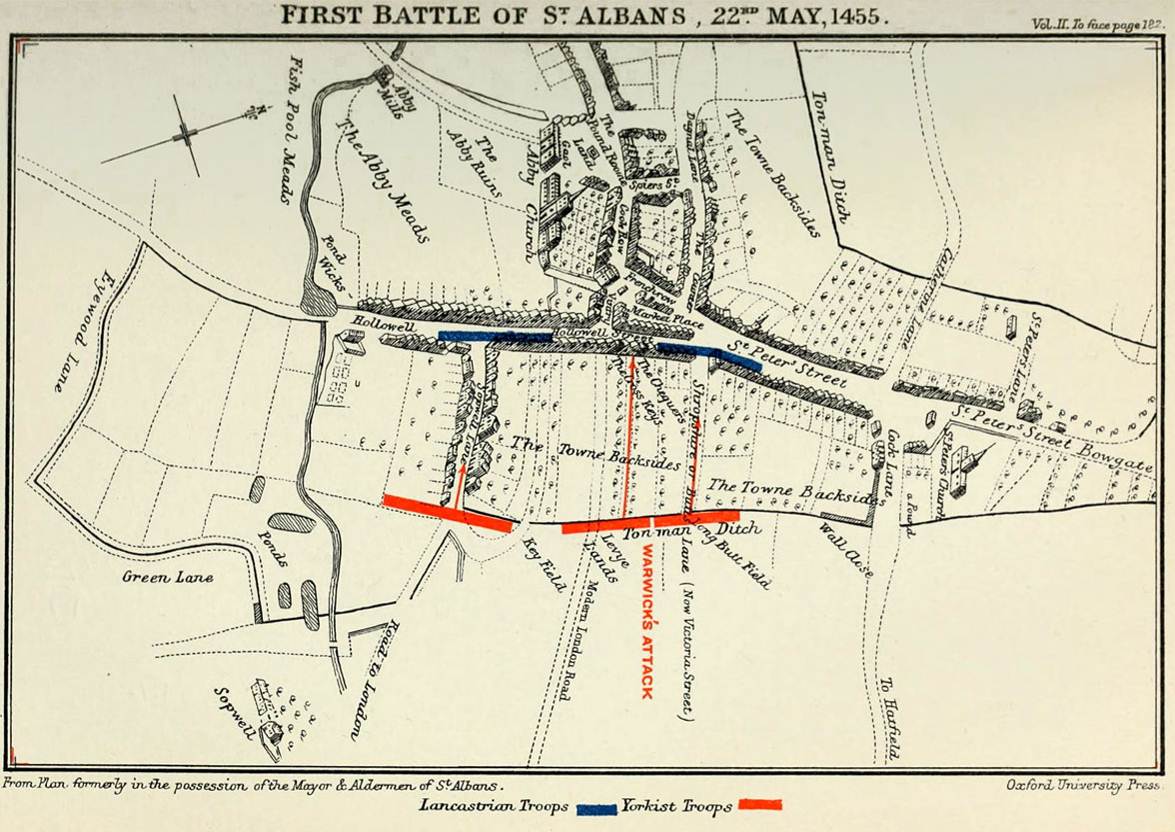 In 1455, Henry, newly restored to sanity, issued writs for an odd sounding parliament at Leicester. Salisbury, Warwick and York didn't buy it  - here was another set up, just like Dartford. So they gathered an army, and marched, professing their loyalty as they went.

Somerset and the king seemed blind to the dangers, and set off from London none the less. At Albans, they suddenly realised they were in trouble, facing an army of 3,000, while the king had only 2,000 with him. Henry sacked Somerset in an attempt to appease York – but to no avail. The battle of St Albans was joined.