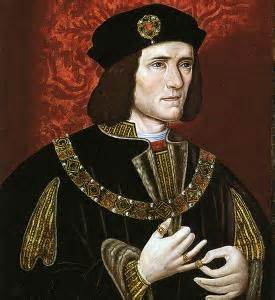 Part of the story to counter the propaganda of the Tudors is the view that Richard promised to be an exceptionally good ruler. The brevity of Richard's reign make an assessment difficult – and yet despite this it is possible to point to real innovation and achievement in law and justice, and to substantiate Richard's desire to protect the more powerless in his kingdom.

Richard and the coronation oath

There was little radical about Richard III, who saw his responsibilities very much in the time honoured tradition, and had not changed significantly since the time of King Edgar and Dunstan:

First, that the church of God and the whole Christian people shall have true peace at all time by our judgment; Second, that I will forbid extortion and all kinds of wrong-doing to all orders of men; Third, that I will enjoin equity and mercy in all judgments

Defender of the Church and Religion

Richard appears to have been traditionally pious – or somewhat more than was traditional. Certainly his behaviour as Duke of

Gloucester and as king demonstrated his commitment. He was keen to impress on the clergy their responsibilities. In 1484 he published an open letter to his bishops:

"…amongst other our secular businesses and cures, our principal intent and fervent desire is to see virtue and cleanness of living to be advanced, increased and multiplied, and all other things repugnant to virtue, provoking the high indignation and fearful displeasure of God, to be repressed and annulled."

Richard made the traditional donations and grants to religious institutions, and of education – particularly Queen's college Cambridge.

Lover of Justice – the parliament of 1484

Richard brought with him the reputation of good governance from the north, and indeed claimed the throne by sitting on the king's throne in Westminster hall and delivering a lecture to the king's justices. After Buckingham's rebellion, Richard issued a proclamation:

"the king's highness is fully determined to see due administration of justice throughout this his realm to be had and reform, punish and subdue all extortions and oppressions in the same. "

This interest continued through his reign, and forms the most commonly referenced basis for the image of Good King Richard – particularly in his one parliament of 1484.

Fairness in land purchase: buying land in days medieval was complicated by the principal that the King was in theory the 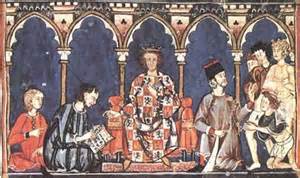 only landowner in his kingdom. Despite a well established market for buying and selling land, law was therefore complex and open to abuse; in particular feudal fines and dues were often hidden from the buyer – which could even include the land being entailed away. Richard's parliament sought to ensure that buyers of property had effective title to land they bought, and that all fines and dues had to be made fully public.

Protection from extortion: Medieval justice was appallingly open to abuse by the rich and powerful. Lords and magnates might pay an 'approver' to bring an accusation; the defendant could be imprisoned immediately, and his goods seized and sold. The act allowed bail to anyone accused of felony, protecting them from imprisonment and having their good seized before conviction.

Reducing corruption: rules introduced and strengthened governing the behaviour of officials in court cases; property qualifications were introduced for jurors, so they could resist undue influence.

Outlawing forced taxation: It had been long common for kings to force their richest subjects to loan them money; Edward IV had taken the practice of forced loans to the  limit, by simply forcing these men to give him money with no promise of returning the money. These were called 'benevolences'. Effectively this is taxation without  representation in parliament. Richard outlawed the practice.

Helping printing thrive: the parliament passed a number of protectionist acts; but Richard specifically excluded printing, helping printing survive and thrive rather than suffer unduly high prices from lack of competition and imports.

Lover of Justice – access to justice for the poor

"Every person…that find himself grieved, oppressed or unlawfully wronged do make a bill of complaint, and put it to his highness and he shall be heard, and without delay have such convenient remedy as shall accord with his laws. For his grace is utterly determined his true subjects shall live in rest and quiet and peaceably enjoy their lands, livelihoods and good, according to the laws of his land, which they be naturally born to inherit."

In this communication to the City of York, Richard signaled that the poor who could not afford justice must be given free access. These were not just words; he established one John Harrington in a court in the White Chamber of Westminster palace to run the court 'in the custody, registration and expedition of bills requests, and supplications of poor persons', which would later in Tudor times become known as the Court of Requests.

Polydore Vergil, was a Tudor historian extremely hostile to Richard. When he wrote:

"he [Richard] began to give the show and countenance of a good man, whereby he might be accounted more righteous, more mild, more better affected to the commonalty"

He implicitly recognises that Richard achieved much in his short reign – while seeking to question Richard's motives. There can be no doubt that Richard was desperate to seek support. But many of Richard's acts as king – in justice, religion and concern for the poor and powerless – have evidence from his earlier life too. Some, such as the 1484 parliaments attempt to reduce corruption in the law, was specifically aimed at the very lords he sought to win over – surely an example of doing the right thing rather than following pure expediency.

It seems more than likely that Richard was ruthless in his ambition – in his ambition to be king no matter what, but also ambitious to be a good and worthy king who lived up to the oath he made before God at his coronation.