In 1485  and 1486 Henry established the foundations of his reign through parliament, and established his household. The relationship between his wife and his mother would always be a matter of some debate.

Henry’s first parliament would define much of the rest of the reign.

In 1487, Elizabeth finally left the political stage – banished to Bermondsey Abbey, with just 400 marks a year to live on. She was with her daughter Elizabeth of York at some key events, such as her confinements; and it is possible that she was not entirely unhappy with the move – though without doubt Margaret Beaufort and Henry would have been glad to see her go. 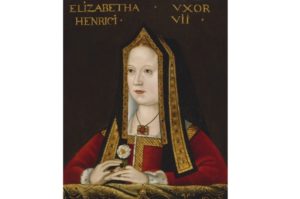 Elizabeth of York and her Mother in Law

It is difficult to know exactly what the relationship was between the Queen Elizabeth of York, her Husband Henry and her Mother in Law Margaret Beaufort.

Traditionally the image has been of a placid Elizabeth happy to take the background and let her mother in law rule the roost. But there are plenty of indications that Henry and his mother pushed Elizabeth into a situation she found deeply uncomfortable.

The Spanish visitor and diplomat Pedro de Ayala noted it when he wrote home after visiting court:

“He [Henry] is much influenced by his mother and his followers in affairs of personal interest and in others. The queen, as is generally the case, does not like it.”

“The Queen is a very noble woman and much beloved. She is kept in subjection by the mother of the king.”

Elizabeth was the recipient of a stream of presents from her husband; but the estate he gave her at £1,900 a year, was simply inadequate for the expenses of a queen, and Elizabeth was always short – and therefore dependent on these handouts. Although Elizabeth and Henry are more often together than was probably normal for kings and queens – the king’s mother was in constant attendance.

We will never know for sure; but it seems likely Elizabeth of York was forced into a secondary position and constantly subject to the rule of Margaret Beaufort.