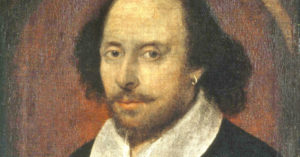 Released as a bonus Shedcast a few weeks ago, here’s Eddy McLain’s take on the Shakespeare controversy.

For a number of centuries, people celebrated William Shakespeare and his works and talents. As they do now, or at least once you’ve stopped being forced to study the lad. But since 1857, and the work of someone called Delia Salter Bacon, there have been rumours  and theories stubbornly circulating about it was really him doing this. Maybe it was the polymath Francis Bacon? Or various Earls…or, what about Elizabeth I? She didn’t have a lot to do of an evening.

So in this special bequest by David McLain, we can find out more – what are theories, where do they come from, and do they hold water?

7 thoughts on “211a The Shakespeare Controversy”