Skip to content
You are here
Home > Podcast > 213 Background to War
Historians have identified the 16th and 17th centuries as a time of revolutionary change in Europe, driven by military technology. We talk a bit about that, and about the personalities Henry VIII was up against. 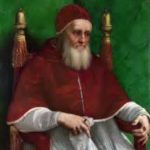 Bishop of Rome, the Pope.  Julius II (1443-1513), the warrior pope as he is known. Not for him the life of poverty otherworldliness – though to be fair such a thing was scarcely possible for a medieval pope. Julius had thrown the smallest morsel of such an idea to the winds, however. He had concluded that the Papacy would never be safe from the intervention of foreign powers until it had the lands to defend itself and dominated Italy. He would do this by aligning with foreign powers; he’d allied against the invading Charles VIII, but  now was after Venice in northern Italy with the help of the League of Cambrai, in which was included France. 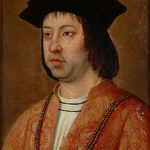 In Spain, we have the reboubtable villain, 59 year old, King father-of-the-bride Ferdinand of Aragon (1452-1516), who through his rather ruthless treatment of his daughter Queen Johanna, queen of Castile after the death of her mother Isabel , was now effectively king of all Spain. He was also king of Sicily, and was the winner of the southern Italian wars Charles VIII had kicked off, and therefore king of Naples. Say what you like about Ferdinand, and unreliable snake might be one of the nicer things you might say about the man’s morality, Ferdinand was an extraordinarily successful ruler. Waiting in the wings is his grandson Charles, underage king of Castile, successor to Aragon when Ferdinand pops off, but also heir through his Dad Philip of Burgundy to the Hapsburg lands. 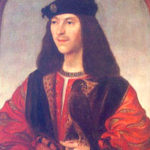 James IV of Scotland (1473-1513) 38 Year old James has a great reputation; he was a renaissance prince trailing a love and patronage of art and culture in his wake, and an effective political operator. The Spaniard Pedro de Ayala was thoroughly impressed by him remarking that, quote, ‘his knowledge of languages in wonderful’, also remarking ‘The King speaks, besides, the language of the savages who live in some parts of Scotland and on the islands’. This seems a little rude to the gentle inhabitants of the highlands and Islands of Scotland, and I would like to formerly apologise on Pedro’s behalf. I am sure he was tired when he wrote it, and now heartily regrets such language.  James IV was not a stay at home sort of lad either, and came to the throne every bit as keen to prove himself in war and glory; he enthusiastically espoused the cause of Perkin Warbeck until he realised he’d bought a pup and retired in disgust. He’d spent a considerable proportion of his income building up a Scottish Navy, which the English viewed with some alarm. Henry VII had courted him, and he’d married his daughter and Henry VIII’s sister Margaret, so you might think that the old rifts between England and Scotland would have been healed, and both have been contemplating a combined entry into the Six nations rugby tournament in love and amity. In which case you would be sadly, sadly mistaken. The auld alliance, Scotland and France stick England, would be as powerful a draw as every to James IV. 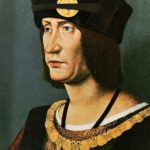 Louis XII (1462-1515), is just shy of 50 in 1511. He’d been personally involved as a military commander in the Italian wars of his predecessor, Charles VIII, a struggle with Aragon and Spain for the control of the Kingdom of Naples sown there at the southern end of the Italian peninsula. Charles had eventually been forced to run like the proverbial rabbit, or run for home as Lindisfarne might have had it. But it had left the French holding Milan, the mighty duchy of northern Italy. It had also left Louis wanting more as far as Italy was concerned.
We should also mention Maximilian I (1459-1519), Hapsburg and Holy Roman Emperor. Through marriage to Mary of Burgundy, he had brought the lands of Burgundy (outside France) to the Hapsburgs. Like Julius, his priority was to stop French aggression and expansion in Italy. His Grandson is also Charles of Castile.

One thought on “213 Background to War”