Skip to content
You are here
Home > Podcast > 223 Venality or vitality? 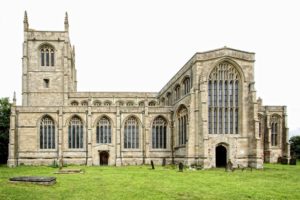 The traditional story of the English Reformation has been of a rotten, moribund, venal church, just waiting to be toppled by reformers, the pyre ignited by Luther’s teachings. But was the late medieval church really in such a rotten state?