Skip to content
You are here
Home > Podcast > HiT – Zodiac 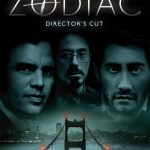 Downey, Jr. It tells the story of the search for the Zodiac serial killer, who was never found.

Come and vote and join the debate on Facebook

I would be truly magnificent if you came over to the History of England Facebook Group – to vote on the score you think Zodiac should have, and give your views on the film.

Here’s a link also to a great article and video about the film, and how closely the film reflected reality.

The Zodiac Interview with Jim Dunbar

This was the show where apparently the Zodiac killer called into a TV show. It was later proven to be a hoax.