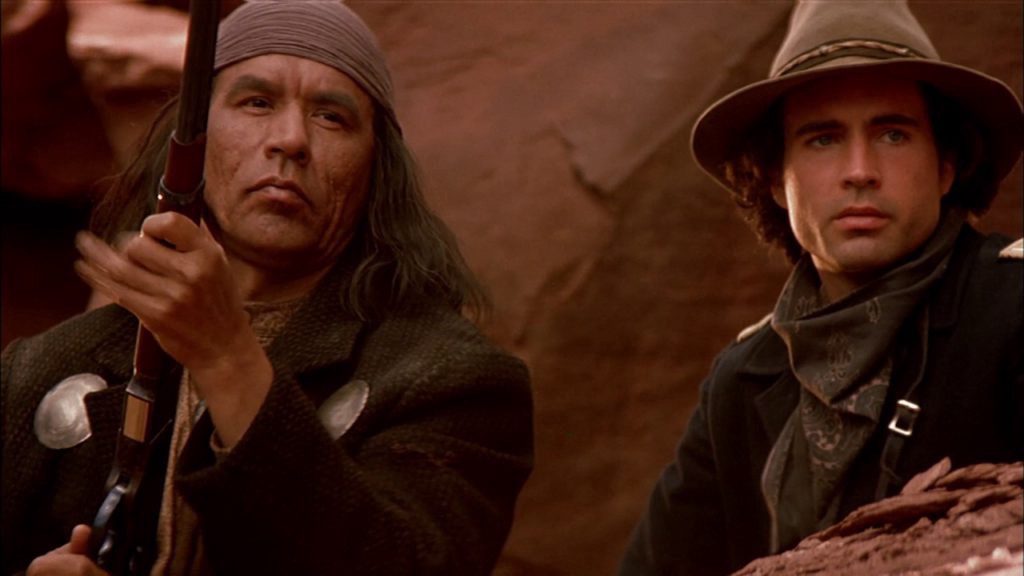 The 1993 film which tries to present a balanced picture of Geronimo and his armed resistance – through the eyes of a young US army officer.

Geronimo: An American Legend covers just part of Geronimo’s life, where his people are being forcibly moved to Reservations by the IS army, and Geronimo takes to the hills multiple times in resistance.

The critics and ratings

The History in Technicolor Scores and debate on Braveheart

Braveheart gives rise to a lot of opinion. All the way through – from it was magnificent, everything an epic should be, to well at least it help the Scottish tourist industry, ll the way to horror at its historical inaccuracies. Opinions about Mel Gibson colours quite a of view points now. So the way you voted rather reflects that – a much higher than normal percentage of you hated it – but then 13 of you put it into your to 10 movies. Passions are aroused, is the super summary! Including mine…