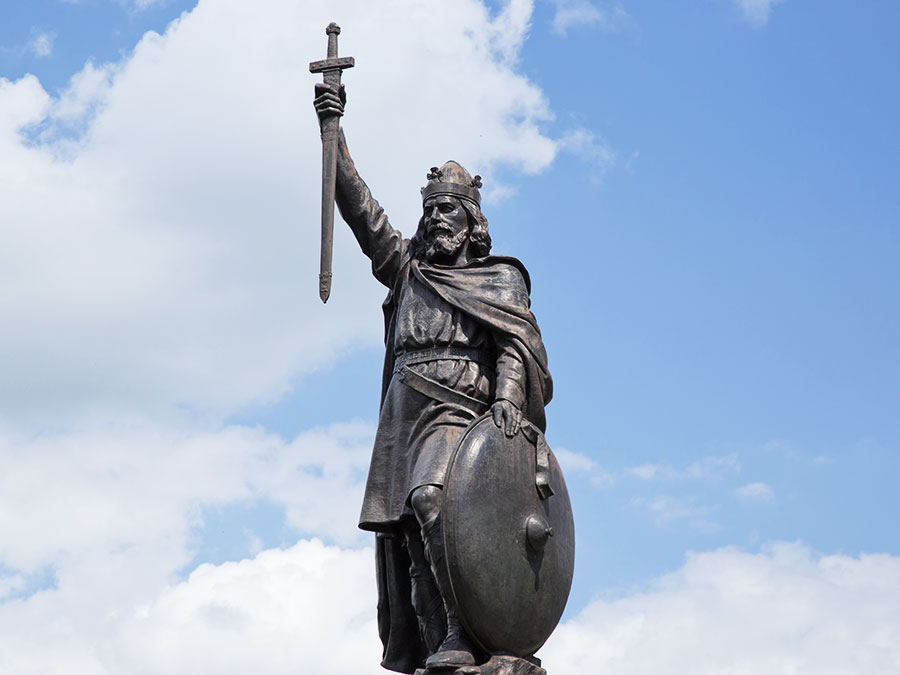 It’s the right answer too. In reverse order:
8. Cnut the um, not so great afterall – 2%
7. Empress Matilda – 4%
6. Edward, Longshanks, Hammer of the Scots – 9%
5. Æthelstan ‘the Reasonably but not excessively Glorious’ – 11%
4. Henry II, inventor of common law but whatevs – 12%
3. Henry V, Hammer of the French – 13%
2. Edward III from ashes to ashes – 14%
1.With 35% of the vote, the runaway winner, the man who had it all – the vision of England, warrior, promoter of religion, creator of towns and burghs, champion of the English language and education.
As a way to celebrate St George’s Day this year let us make the definitive decision about the Greatest English Medieval Monarch. Along the way you may enter a Prize Draw to win one of two coins – an Edward Ist penny, or an Elizabeth I penny.

Below is the poll where you can vote; the names have been selected by a deeply, deeply scientific process of voting for all the monarchs through the Facebook Podcast Group. You can vote for 1 name

Entering the Prize draw: If you are a Guest and you want to enter the prize draw, enter your email address when prompted so I can get hold of you if you win. your email address thus given will be used for no other purpose than this quiz, and passed to nobody or thing.  Members, if you log in you will see no prompt, and be automatically entered; so if you don’t want to enter, don’t log in!

Loading ...
Here are the rules:
The prizes!
There will be two winners of one coin each, and the coins are as below: 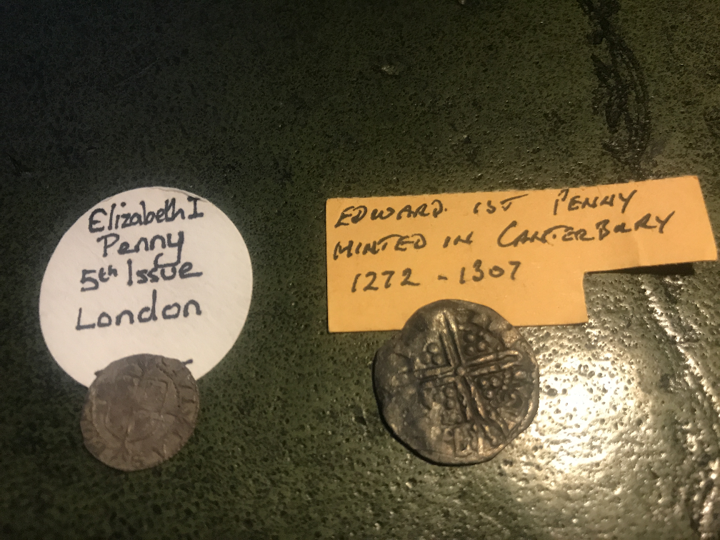 The Candidates
Henry V (1413-1422)
An extraordinarily effective monarch, and conqueror in the medieval mold. In his youth played a major role in combating the Welsh revolt; conflict with his father reflected his ambition. Religiously orthodox, and burner of Lollards – including his friend John Oldcastle; Henry did not ‘do his best’; he did what was required. Victor of Agincourt (where he coldly ordered French prisoners killed) and much of Northern France, Cry Harry and all that, and enforced control the Narrow Seas. .  Coldly efficient, gained and retained control of the Narrow seas.

Master of a great northern Empire, Cnut the Great to the Danes, he subjected England to a brutal series of murderous raids and ruinous tributes, until it could resist no longer. But he proved and effective monarch; unlike England’s next conqueror William the Bastard he created a state that retained both Anglo Saxon and Danish lords. He took his responsibilities seriously, to govern according to custom, and published a law code to improve the delivery of justice. Not good with waves though.

The very model of Medieval chivalry, created a court famous for it’s time and immortalised by Froissard, presided over by Queen Phillipa, full of talents and poetry.  Blessed by great commanders and magnates such as Henry of Lancaster, author of his Book fo Holy Doctors. Forced into war by aggressive French policies, he declared himself King of France and after a slow start produced stunning victories against the leading kingdom of Christendom at Crecy, Auberoche, Calais, Poitiers and others; though his wars reduced many regions of France to chaos, ordinary people at the mercy of rapacious gangs. A consummate manager of his magnates, prepared to make concessions. His was a life crowned with tragedy; his famous son the Black Prince dying before him enfeebled, his mind lost exploited by his mistress Alice Perrers and other ministers, many of his conquests regained by the French.

The only medieval woman ruler; on the death of her brother, Henry I her father had his magnates swear to support he as Queen of England. Married to the Holy Roman Emperor where she proved a warlike partner with Henry V, and used the title E,press for the rest of her life. Married unhappily to Geoffrey of Anjou, her throne was usurped by Stephen of Blois; she returned to fight for her rights and those of her son Henry II. Indomitable, severe, determined, relentless, brave, inflexible, imperious., she was ultimately forced to compromise to bring peace and the rule of her son, despite in 1141 being seemingly victorious by alienating her supporters in London and allowing Stephen to fight on.

Something of a titan by reputation.  He is primarily remembered in popular history for his dynastic ambitions, asserting lordship over Wales, and temporarily over Scotland, and being effective ruler of Gascony.  But he was much more even than that. As a young man he fought with his ineffectual father against de Montfort and the Barons, with brutal daring and courage. He was a successful crusader in his youth too. Much of his real achievement lay in his reputation as a lawgiver and his reign saw the procedures and competence of parliament evolve considerably. None the less he extended his resources too far, forcing concessions to his barons, and creating a legacy of conflict with Scotland.

A successful warrior, and first undisputed king of all England, though on his death York once again selected a Viking ruler. He could claim to be king of all Britain after Brunanburgh and campaigns deep in northern Scotland. Extended centralisation of administration, significant European diplomacy and intellectual activity of his court. A maker of law, standardised the coinage,l supported the church and promoted learning – a ruler with a high contemporary reputation. His accession was difficult, and may have killed his half brother to succeed.

The first king to conceive of a united England. Saved Wessex when all around him all Anglo-Saxon kingdoms fell to the Vikings, and in the midst of the fire had the genius to create a vision and shared set of values based around religion, culture and education. Invented the Burghs many of which survive as towns today, creating a solution to the age old propblem of Viking smash and grab raids which had defeated all the other English kingdoms – but which also formed the basis of economic growth and sophistication. Created a fleet to combat the Vikings, recovered much of Mercia. His peace with Guthrum demonstrated his belief that long lasting peace would come not by force, but by fostering shared values with the Vikings around Christianity.

Fought for his kingdom as a young man  with his mother Matilda. Successfully kept together a wide and diverse empire which was the glory of Europe despite constant pressure. Massive achievements in justice, establishing the basis of England’s justice system and the seeds of Common Law, a legacy that survived him a grew and became a crowning English achievement. Failed to control his vainglorious Archbishop and his contemporary reputation severely suffered as a result and allowed a legal anomaly of ‘benefit of the clergy’ to survive for centuries. He must count as a dramatically unsuccessful father and husband, despite successfully and cleverly defeating a massive and widespread rebellion thoughout his lands and beyond. His life ended in tragedy at the hands of his sons’ treachery and alliance with the French.