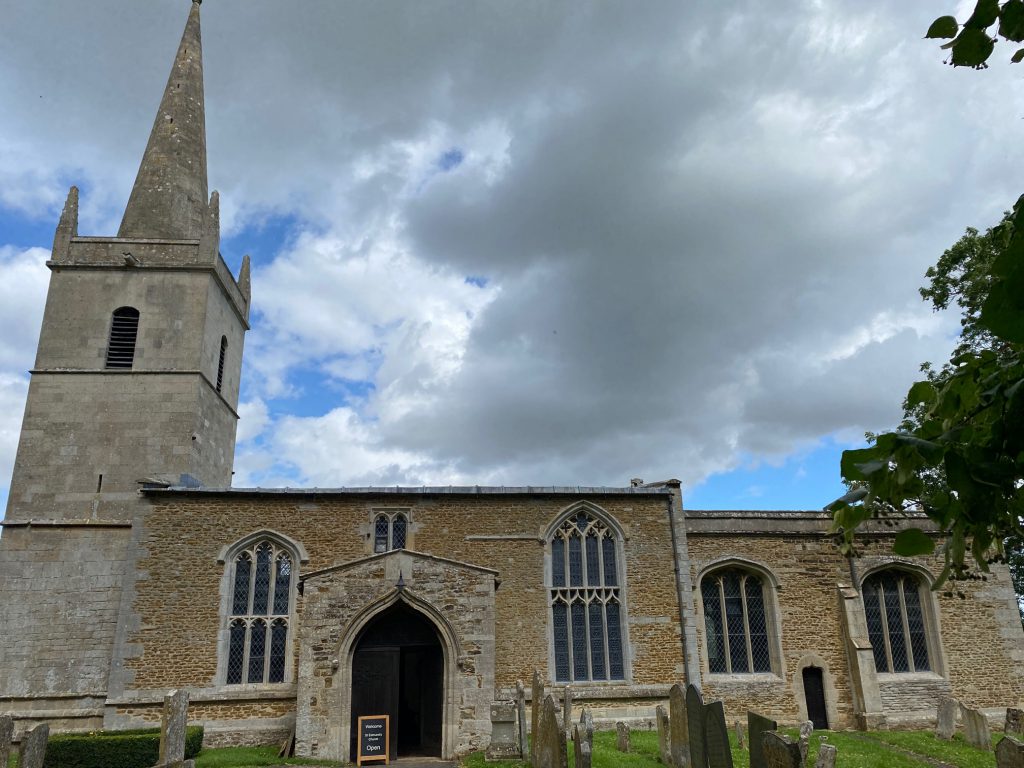 The Aged M and I took a minute to check out a local Rutland church at Egleton, noted for its birdwatching on Empingham reservoir these days.
It’s a small church in the peerless local ironstone, but the rather hideous and unsympathetic tower in stone from the 1800’s didn’t bode well. Then stepping through into the porch, a triumph! A beautifully carved inner door with carved pillars and tympanum, really brilliant. 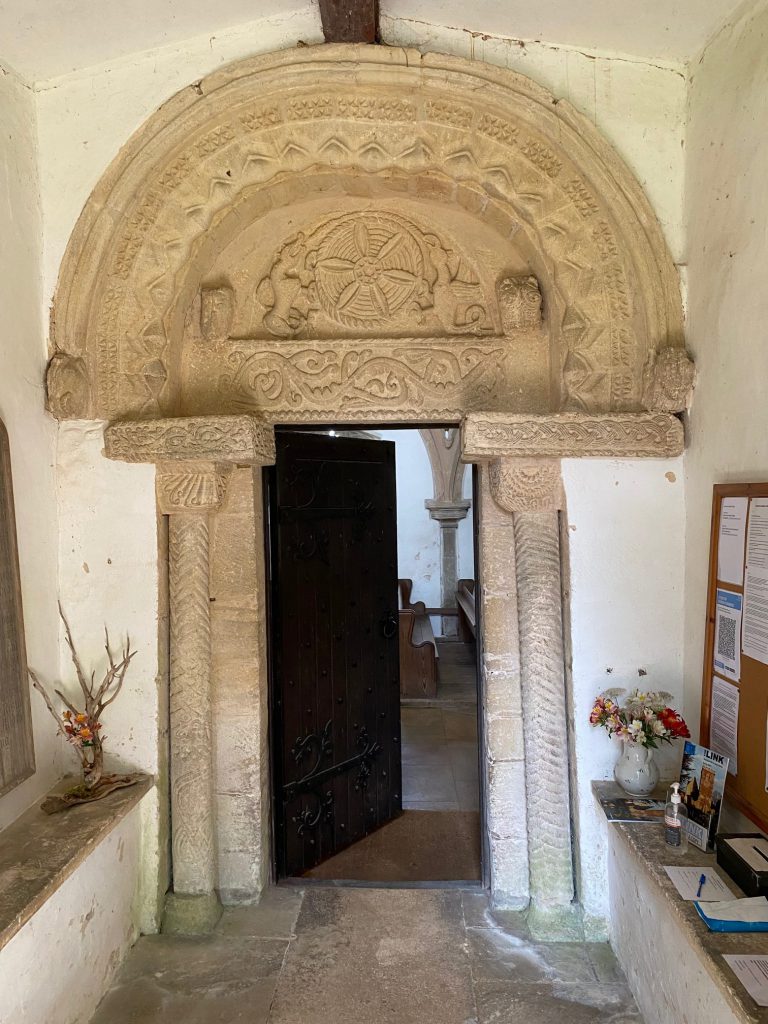 Into the church, a solid squat Norman font and again, a lovely chancel arch. The old 15th century Rood screen had been preserved by moving it to the west end of the church. The vista down to the glowing 19th century east window is really lovely, and there’s the remains of a late 18th century painting of the arms of George III above the chancel arch. 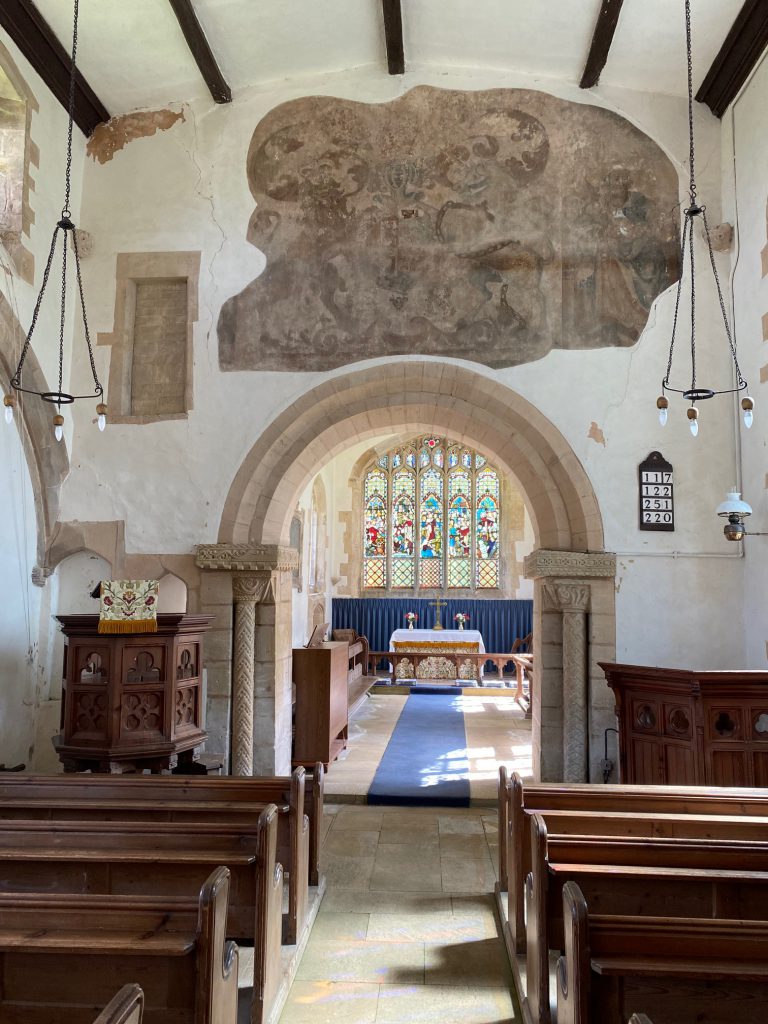 Rutland is England’s smallest county – most of it given by Billy the Conk to his missus, Matilda – the wages of sin are sometimes not, in fact, death, but the ability to give really expensive presents to your wife. Rutland’s motto is Multum in parvo – so much in so little, and the church of St Edmunds at Egleton is a good example of that. 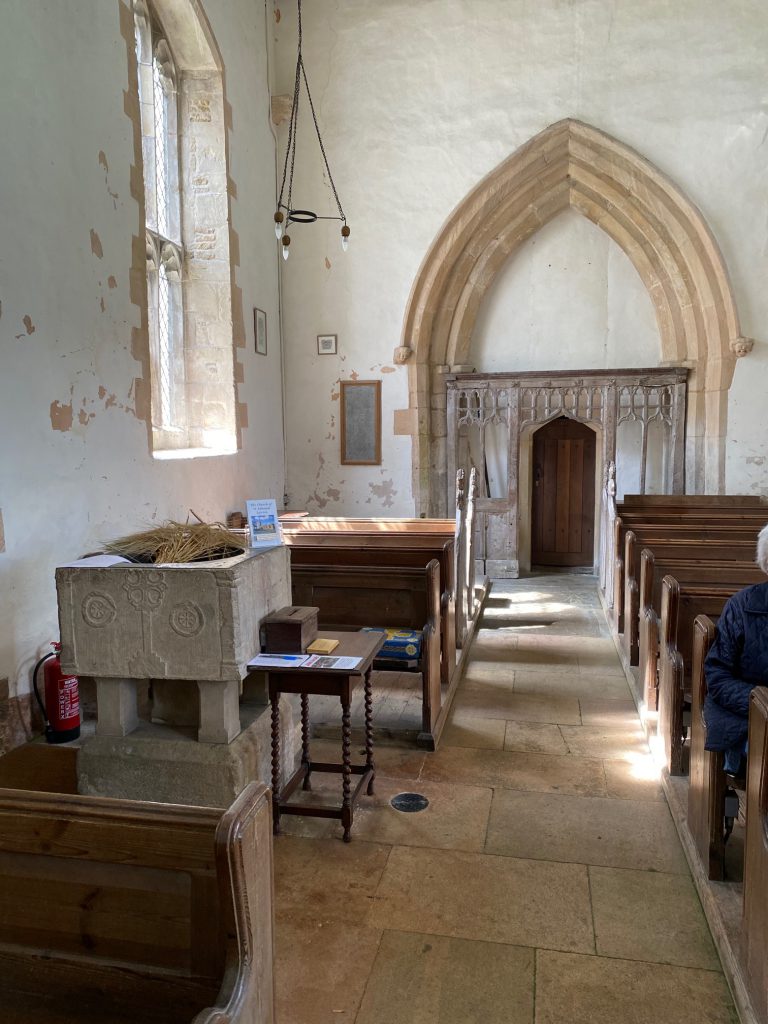