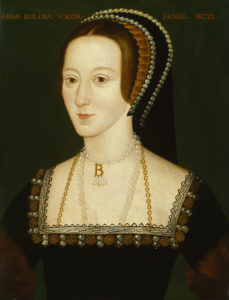 There is one thing everyone can agree about Anne Boleyn – she arouses passions! Over the centuries she has been represented as all sorts of things. A proto-feminist and a female role model; a deeply religious woman whose evangelical beliefs kicked off the English Reformation; as an unscrupulous home-wrecker and sexual predator; a talented, manipulative renaissance politician, and the woman who pushed Henry VIII into destroying a thousand years of religious tradition; An innocent woman who suffered a brutal miscarriage of justice. I could go on.

Below then are a bank of quotes I have come across while putting together the Scandal of Christendom. You can find out more by listening to Shedcast 18, Anne Through the Looking Glasses. You might need to be come a member first. But that’s a Good Thing.

And if you want to find out more about Anne through the Ages, become a member  and listen to the podcast, Shedcast 18 ‘Anne Boleyn through the ages’ which is out on Sunday 8th.

‘That Tudor rarity, the self-made woman … [who] was where she was by virtue of her own abilities and what she had made of herself, not by virtue of wealth or family”

“She was the most influential and important queen consort this country has ever had. Indeed, Anne deserves to be a feminist icon. … She had been a remarkable woman. …Anne Boleyn was one of the ‘makers of history’.”

“Captivating to men, Anne was also sharp, assertive, subtle, calculating, vindictive, a power dresser and a power player, perhaps a figure to be more admired than liked.”

(All three quotes by Eric Ives, author of the ‘definitive biography’ of Anne Boleyn)

“No English Queen has made more impact on the history of the nation than Anne Boleyn, and few have been so persistently maligned.” (Joanna Denny)

“She must have been a young woman with charm seeping out of her fingertips.” (J. J. Scarisbrick, the definitive biographer of Henry VIII, still unsurpassed since 1968)

“[She had] a sharp and sometimes uncannily accurate instinct, a quick but entirely illogical mind. Her judgement on superficial matters of

“Always there is the faint but unmistakable whiff of the feral, the untameable, wherever she has been… Apart from the extra polish of her French education, she does not appear to have had any special accomplishments to mark her out from her contemporaries…” (Alison Plowden)

“Anne Boleyn [was] an ambitious adventuress with a penchant for vengeance”. “But I believe it is legitimate to see Anne as a feminist long before her time – or, to be accurate, of her time: it is a concept she would have understood, and it underpinned her ambitions and self-image.” (2 quotes by Alison Weir)

“Anne Boleyn is a character whose independence of mind and behaviour, as a woman, make her curiously modern.” (Antonia Fraser)

“On 19 May 1536, a French sword stilled the beating heart of an English queen. Her name was Anne Boleyn and she would become one of the most controversial and iconic queens in English history. In her lifetime, Anne was a force of nature; she captivated the heart and soul of a king, divided a court and ignited the Reformation on English soil, beginning a process that would transform the religious and social landscape of the country.” (Natalie Grueninger & Sarah Morris, ‘In the Footsteps of Anne Boleyn)’

“She was also fiercely loyal to her friends and passionate about supporting the arts, poor relief and education… she was the victim of a paranoid and desperate man, and of a political coup.” (Claire Ridgway, creator of the amazing Anne Boleyn Files website)

“Anne was not the ambitious, scheming slut she is often portrayed as in 20th-century popular culture.” (Susan Bordo, whose ‘The Creation of Anne Boleyn’ is a unique, insightful and refreshing look at Anne’s life and reputation, if slightly maniacal at times.)

Historians of the 19th and early 20th Centuries

There are many themes about Anne in the 19th century. There was a strong theme in fiction that here was a wronged, innocent victim. The Catholic tradition was continued by academic historians like John Lingaard in regarding the English Reformation as based on greed and lust, of which Anne was a part. And in Victorian history of the heavy moralising –  that here was a woman who stepped over the line of propriety and suffered the consequences. With A F Pollard, most things were subjugated to the glorification of Bluff King Hal.

The 16th, (and 17th, and 18th) century was dominated by a protestant-catholic split. For Catholics it was easy – Anne was the protestant temptress who lured Henry away from the path of truth and righteousness. For Protestants, it was less simple. OK for Foxe, Anne was the woman who lured Henry away to the path that rocks. But for others, Anne was a bit of an embarrassment, they were a bit split. Sure, she was a good evangelical, but she was a bit naughty wasn’t she? 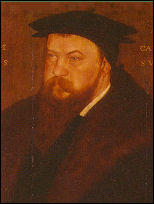 “…a person who is the scandal of Christendom and a disgrace to you.” (Catherine of Aragon, 1532. Discarded Queen. Clearly, not a Boleyn fan)

“a very good wit” (George Cavendish, 1558. Author of a Life of Wolsey, and therefore influential in painting Anne as the political schemer that brought Wolsey down. But then his theme was the fickleness of fortune, rags to rags in one generation sort of thing – and Anne was his literary device.)

“a continual serpentine enemy about the king that would I am well assured if I had been found stiff necked [have] called continually upon the king in his ear (I mean the ‘night crow’) with such a vehemency that I should (with the help of her assistance) have obtained sooner the king’s indignation” (Thomas Wolsey, as reported by George Cavendish)

“[Anne] allured there the king with her dalliance and pastime to grant unto her his request to put the bishop [Fisher] and Sir Thomas More to death” (William Rastell, 1508-1568. Printer, influential and painstaking biographer, (if not always averse to pinching out the odd inconvenient line) Catholic who eventually fled England, for whom More was, of course and saintly man and martyr).

“And I am in such a perplexity, that my mind is clean amazed: for I never had better opinion in woman than I had in her; which maketh me to think that she should not be culpable. And again, I think your highness would not have gone so far, except she had surely been culpable.” (Thomas Cranmer, 2nd May 1536. Cranmer had long been a client of the Boleyns, and clearly could not believe Anne was guilty. His letter (the full text of which you can find here) has been criticised for being equivocal; which is harsh! He had little choice – you don’t criticise the king – and he was the only one who tried as far as we know. You can find out more on the Anne Boleyn files)

“the chief, first, and only cause of banishing the beast of Rome, with all his beggarly baggage” (John Aylmer, 1559) 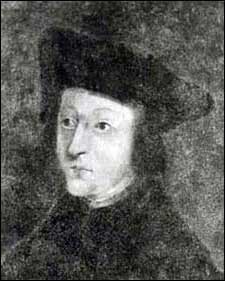 “No one ever shewed more courage or greater readiness to meet death than she did, having, as the report goes, begged and solicited those under whose keeping she was to hasten the execution. When orders came from the King to have it [the execution] delayed until to-day, she seemed sorry, and begged and entreated the governor of the Tower for God’s sake, to go to the King, and beg of him that, since she was well disposed and prepared for death, she should be dispatched immediately” (Eustace Chapuys, Ambassador to the Emperor Charles V. Famously reputed to be anti Anne, and yes he was. But he was also reasonably accurate; while he repeats tittle tattle, he lets you know when it’s tittle tattle. And capable of being balanced. It’s fairer to say that he was passionately supportive of Catherine and Mary. )

“Englishmen, high and low desire your majesty [Emperor Charles V] to send an army to destroy the venomous influence of the Lady and her adherents, and reform the realm…When this accursed Anne has her foot in the stirrup, she will do the Queen and the Princess all the harm she can.  She boasts that she will have the Princess in her own train; one day, perhaps, she will poison her, or will marry her to some varlet, while the realm itself will be made over to heresy” (Eustace Chapuys)

The quotes on this page come from a number of sources, but one worth mentioning specifically is ‘The Creation of Anne Boleyn’ by Susan Bordo.

4 thoughts on “Quotes about Anne Boleyn”