This list covers the final flowering of the community of Anglo Saxon kingdoms, until the point where the Great Heathen Army changed the rules of the game completely. It covers the period of the Mercian hegemony – to its height under Offa, who compared himself with Charlemagne. In continental Europe, the Merovingian rulers of the Franks became effectively puppets – the real ruler was the Steward.In 752 Pepin decided to trear away the veil – and the Carolingians became kings as well as the power behinbd the throne. The greatest of the Carolingians would be Charlemagne. 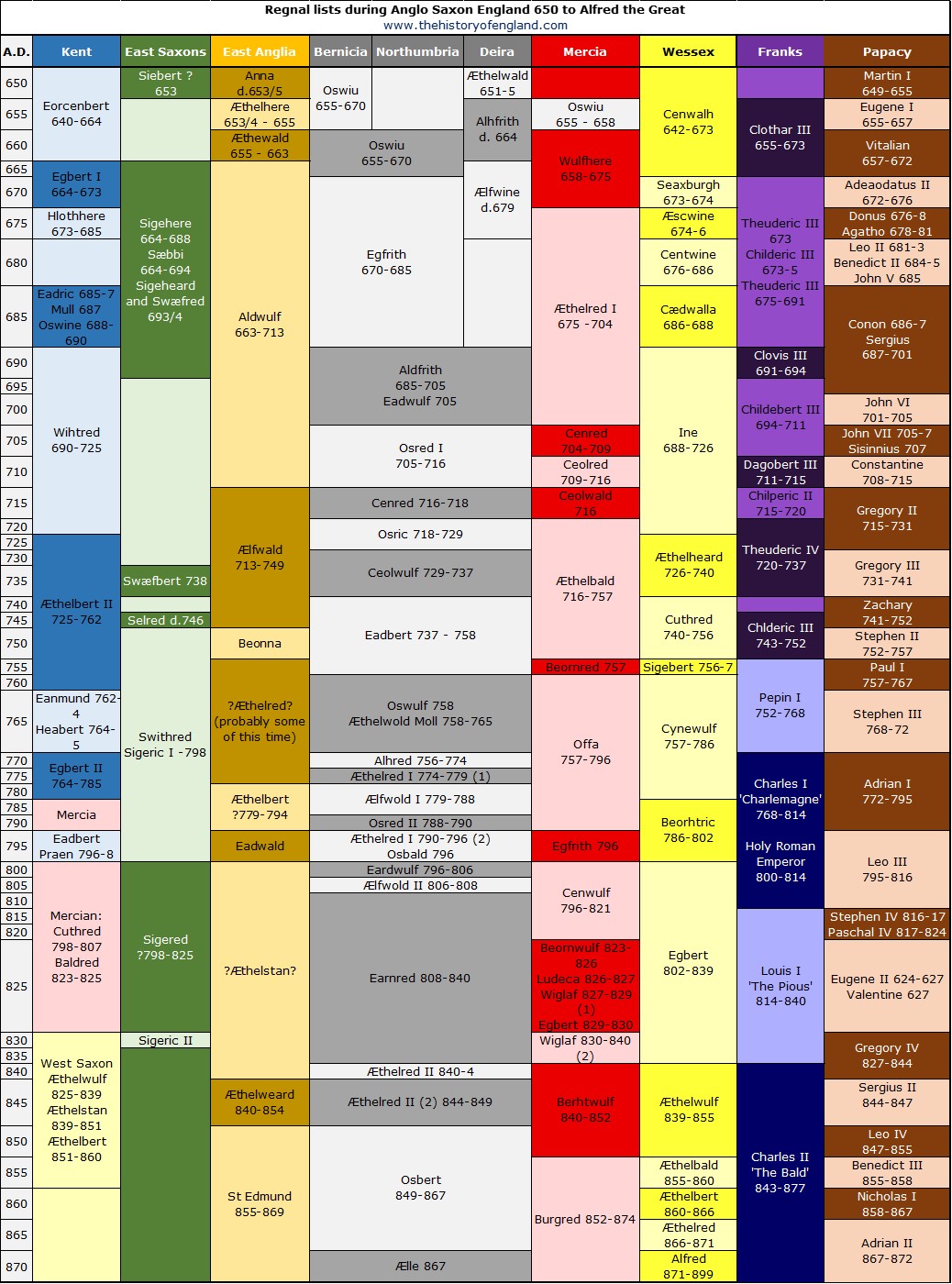