Skip to content
You are here
Home > Resource > Regnal Lists: To 650

This list shows each of the Anglo Saxon Kingdoms. It also shows some of the mythology – their legendary predecessors who were normally traced back to a God. And the man who they identified as the founder of their tribe – such as the Icelingas, the original identity of the people who became known as the Mercians. 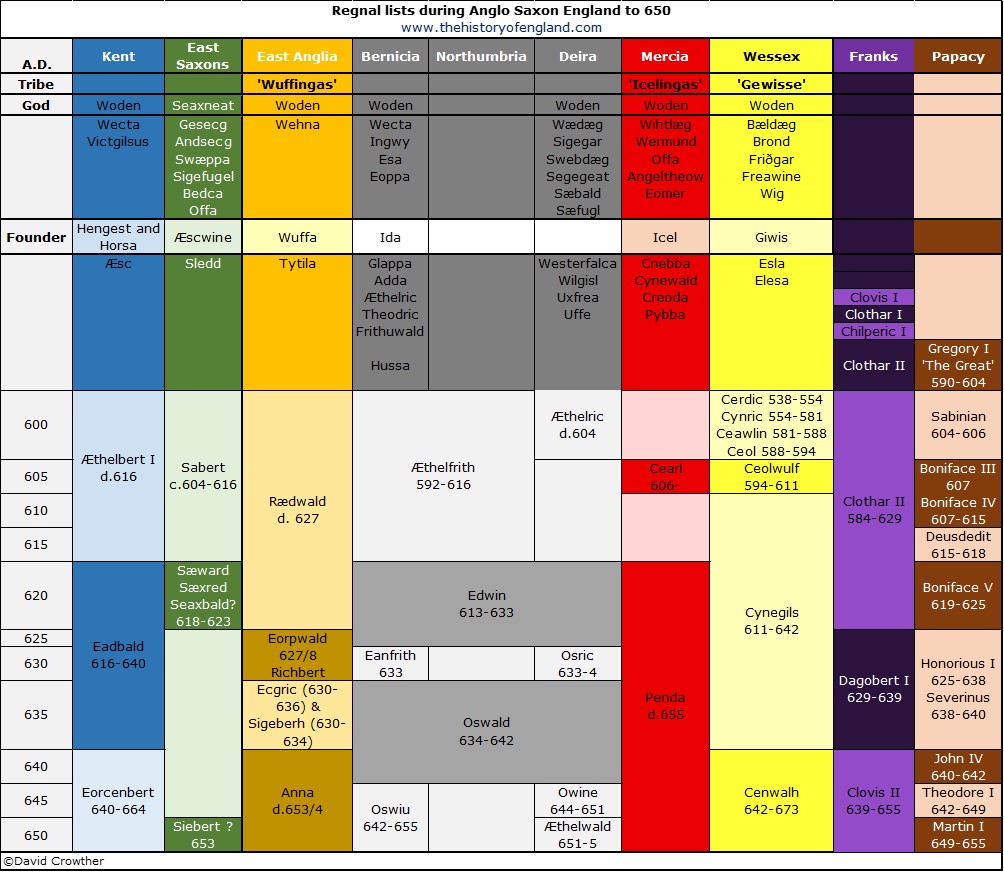