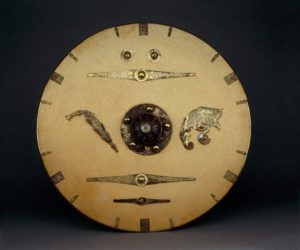 The Battle of Brunanbugh was fought in 937. It pitched the newly united Anglo Saxons under their king, Athelstan, against an alliance of kings; King Constantine II of the Alba, Olaf Guthfrithsson, king of Dublin, Owen, King of Strathclyde.

There was a background to it all; Edward the Elder and his sister Æthelflæd had led the reconquest of the Danelaw in the early 10th century. When Athelstan came to the throne in 924 he was for the first time at the head of a powerful Anglo Saxon kingdom of all of Southumbria, and could seek to establish a supremacy over Northumbria, and indeed all Britain – to substantiate his claim to be Rex totius Britanniae. His father indeed had established the principle with a diplomatic meeting at Bakewell, despite being a little tart.

In 927, Athelstan met with the Kings of the Alba (Constantine) and of Strathclyde, and convinced them to recognise him as their overlord. That same year, Athelstan ejected Guthfrith from Northumbria. In 934 Constantine appears to have rebelled against the agreement, and then suffered the humiliation of being forced, helplessly, to watch Athelstan wandering unopposed with his army over his country. The Battle of Brunanbugh was probably born in that humiliation.

By 937, the 3 kings – Guthfrith replaced by his son, Olaf (Anlaf) – were ready, and invaded England. Where Athelstan met them, nobody knows, though there is more than one theory out there.; the balance of opinion is the Wirral in North West England.  But the result was a hard fought victory for Athelstan; Olaf fled to Ireland, Constantine back to Scotland. And folk have gone potty about it’s significance. But actually, its significance, if  it genuinely significant is problem that it marks and survival of a combined English kingdom; but ironically, probably confirmed that Scotland and Strathclyde would not become part of England; despite the victory of 934, Athelstan did not have the resource to do more than take the king of Scot’s homage.

a fierce battle was fought against the barbarians at Brunandune, wherefore that fight is called great even to the present day: then the barbarian tribes are defeated and domineer no longer; they are driven beyond the ocean; the Scots and Picts bow the neck; the lands of Britain are consolidated together, on all sides is peace and plenty, nor ever did a fleet again come to this land except in friendship with the English

But then there is the heroic poem preserved by the Anglo Saxon Chronicle. It is self-consciously heroic and artistic in tone. It is not only a great poem, but a poem trying to establish pride in the Anglo Saxon leader and nation; West Saxon and Mercian both get a mench, therefore. Poor old East Anglians or Kentishmen – not a sign of them. No doubt poems like these were sang or spoken every day in halls up and down the country  – but it’s rare to find it written down, and therefore survived to reach us.

It’s a hoot to read, and make no mistake. I have given you two versions below – Alfred Tennyson’s in modern English, and the original Old English. Plus, here’s a reading by a chap called Michael Drout. Have fun!

The Battle of Brunanbugh, Tennyson

He with his brother,

Sons of Edward with hammer’d brands.

Theirs was a greatness

Got from their Grandsires—

Theirs that so often in

Strife with their enemies

All the field with blood of the fighters

Flow’d, from when first the great

Lamp of the Lord God

Glode over earth till the glorious creature

Sank to his setting.

There lay many a man

Men of the Northland

There was the Scotsman

Long as the daylight

Troubled the track of the host that we hated,

Grimly with swords that were sharp from the grindstone,

Fiercely we hack’d at the flyers before us.

Sparing not any of

Drew to this island:

Seven strong Earls of the army of Anlaf

Fell on the war-field, numberless numbers,

Then the Norse leader.

Dire was his need of it,

Few were his following,

Fled to his warship

Fleeted his vessel to sea with the king in it.

Saving his life on the fallow flood.

Also the crafty one,

Crept to his North again,

He to be proud of

He that was reft of his

Folk and his friends that had

Leaving his son too

Lost in the carnage,

A youngster in war!

He to be glad of

The clash of the war-glaive—

With armies so broken

A reason for bragging

That they had the better

In perils of battle

On places of slaughter—

The struggle of standards,

The rush of the javelins,

The crash of the charges,3

The wielding of weapons—

The play that they play’d with

The children of Edward.

Then with their nail’d prows

Parted the Norsemen, a

The jarring breaker, the deep-sea billow,

Shaping their way toward Dyflen4 again,

Shamed in their souls.

Each in his glory,

Went to his own in his own West-Saxonland,

Glad of the war.

Many a carcase they left to be carrion,

Many a livid one, many a sallow-skin—

Left for the white-tail’d eagle to tear it, and

Left for the horny-nibb’d raven to rend it, and

Gave to the garbaging war-hawk to gorge it, and

That gray beast, the wolf of the weald.

Such as old writers

Have writ of in histories—

Hapt in this isle, since

Up from the East hither

Saxon and Angle from

Over the broad billow

Broke into Britain with

Harried the Welshman, when

Earls that were lured by the

Hold of the land.

Engle and Seaxe up becoman,