John Morton was at the very top of Henry VII’s government, and a man with a high reputation – and yet now is largely forgotten. Morton’s reputation suffers I think for 3 reasons. Firstly, he was a leading politician in the first half of Henry VII’s reign, and became associated with royal taxation, and the people of London came to hate him. Secondly, Francis Bacon, the super influential 17th century politician and historian dissed him, and specifically attached his name to the devilish financial device of Morton’s Fork. And thirdly the modern Riccardians, think Morton dished out a diet of lies and misinformation to be faithfully handed down by his protege Thomas More. Buit at the time, men such as Thomas More, his protege, described a man who was talented, erudite, witty and charming; and who in fact probably help Henry back from the worst excesses until his death in 1500.

The rise of a talent

John Morton came from a middling gentry family of the South West, in Somerset and Dorset. He was probably born somewhere around 1420, educated in Cerne Abbey Dorset and probably Balliol College, Oxford. The first official sighting of him is when he became a notary in 1447. His early career was very much centred in Oxford, where he seems to have been very successful as a proctor of the Chancellor’s office, and principal of civil law. From 1453, his career began to take off as he entered royal service – Chancellor for Edward the Prince of Wales from 1456 for example. He was also accumulating benefices and wealth, as an eminent lawyer in government service would expect.

He’d by then established a reputation as an effective administrator, and impressive lawyer. Over the next decade, he was a firm adherent of the Lancastrian cause. When the Lancastrian cause crashed and burned at Towton in 1461, he fled for Scotland but was captured and imprisoned in the Tower. This was not a man to be negotiated with at this time, and he was part of the bill of attainder.

Morton was determined to see Henry and Margaret back on the throne. He escaped from the Tower and made his way to the court in exile; he was indispensable to Queen Margaret, accompanying her on her return to Northumberland to fight for the crown in 1462 and 1463. But as the Lancastrian star then waned, he was not a man to sit around, and started to study theology at the university of Louvain –

though still a part of the court in exile.

He was there again with Margaret at Cerne Abbey in 1470, but when the readeption failed and Edward was killed at Tewkesbury, he finally bowed to the inevitable and became reconciled to Edward. Here was a man too talented, energetic and ambitious to be held down; and Edward was clever enough to recognise that.

Morton’s rise under Edward was fast and impressive, and reflected his central value in Edward’s administration; in 1472, he became Master of the Rolls, during which time the chancery court changed, expanded and grew. Envoy to France and part of the treaty of Picquigny – with that mark of distinction, thought worthy of a stipend from King Louis in 1475. He acquired a string of archdeaconries and prebends, until in 1478 he was made Bishop of Ely.

Moton had been a committed and active Lancastrian; now he was a committed and loyal Edwardian; and observers noted how much Edward relied on his council. Together with Hastings and Rotherham, Morton was at the very heart of Edward’s government.

He was therefore a powerful enemy when Richard III removed him during the events of 13th June. He was given to Buckingham to guard in his castle at Brecknock, and maybe that was one of Richard’s more critical mistakes; certainly Buckingham, rebelled almost immediately, and it’s not hard to visualise the iron-willed Morton working on the volatile and ambitious Buckingham, and turning his thoughts to rebellion.

But the rebellion failed; and once again Morton became part of a court in exile, that of Henry Tudor, not finally become a viable candidate through Richard’s efforts and those of the French. He was a key conspirator from the moment Richard of Gloucester removed him on June 13th. And quite possibly he was a key conspirator before then. Mancini noted that Morton, Hastings and Rotherham had ‘foregathered’, and in this lies some support for Gloucester’s claim of a conspiracy to remove him. It seems at least likely that these 3 men had the influence and connections within Edward IV’s administration, and history of service to lead any resistance to a threat the position of his son, Edward V.

With victory came the spoils of victory. In 1486, Morton was elevated to become the Archbishop of Canterbury; and by 1493, with far too long a delay in Henry’s view, he became a Cardinal. In 1487, Morton became Chancellor. Morton had achieved the position at the head of the Church, and at the head of the secular administration.

As Chancellor, Morton used his legal knowledge and experience as Master of the Rolls to expand the role

of the courts under his control – the Court of Chancery.  Morton was given great legal power by Henry VII. He was given a central coordinating role to investigate perjury in any and all of the royal courts. The number of cases going through Chancery grew, almost to the extent of the King’s Bench. And then Morton was given control and Presidency over a new court, the Court of Star Chamber.

The court became infamous and a symbol of tyranny. but Under Morton, it’s reputation was good; in the words of Edward Coke:

“The most honourable court (Our Parliament excepted) that is in the Christian world. Both in respect of the judges in the court and its honourable proceeding”

Morton’s role in his master’s financial exactions is probably similar. There’s no doubt that Henry squeezed his barons in the 1490s, needing to pay for the French war; and there’s no doubt that Morton was part of that. And as a result, his reputation suffers, as the Chronicles of London relate:

Also in this year in the beginning of the month of October departed from this world Dr Morton, ABC, Cardinal, Chancellor and primate of this Realm; a man worthy of memory for his many great acts, and especially for his great wisdom which continued to the time of his decease….in our time was no man like to be compared to him in all things; albeit that he lived not without the great disdain and great hatred of the commons of this land.

But it’s much more probable that Morton was a moderating influence on the king, alongside Reginald Bray. It’s not until after Morton and indeed Bray’s deaths that this really took off a went past the normal business of needy monarchs into tyranny; it’s only when these two men are gone that Dudley and Empson exploited the Council Learned and flouted any sense of justice to deliver for their king the money he craved.

In 1483 on the death of the aged Thomas Bourchier, Morton became Archbishop of Canterbury, and in 1493 Cardinal. Morton faced a difficult balancing act; he had to balance the demands of secular government of which he was a leading member; the liberties of the church, and between the Pope and his king.  Morton walked this tightrope with great skill; he did support his royal master’s demand for clerical taxation, but he was careful about how he did it; he reinforced the Church’s right and process to make such decisions. Although there are a number of papal instructions concerning the authority of Canterbury within the Church; it is now generally agreed that this is not papal interference, but papal support for Morton’s own policy. Under Morton the primacy of the central church authority was rigorously enforced. 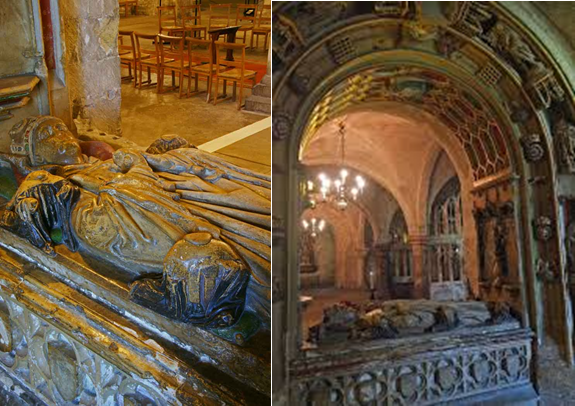 John Morton died in 1500 at Sevenoaks in Kent, and was buried in Canterbury Cathedral. The opinions of contemporary writers vary; one accused him of acting “from base and sordid motives,” even of sorcery. As a young man the statesman and writer Sir Thomas More served in the Morton household. He later wrote that Morton was “a man not more venerated for his high rank than for his wisdom and virtue.”

Other writers said he was energetic, sometimes brusque with polished manners, exemplary as a lawyer, one possessed of a great mind and a phenomenal memory. Through discipline and hard study he improved the talents which nature had bestowed upon him. Writing at some distance of time, Bacon described him as a wise man but “a harsh and haughty one.”

Morton was without doubt talented; he became the right hand man at least of one queen and 2 kings. He was a player at the very highest level of politics, and as such required to drive hard decisions and policies and serve a relentless royal master. But he appears to have been effective and his loyalty was unquestioned.

2 thoughts on “The indispensable John Morton”