Now those of you who have been with me for a while will know that I love Alfred as a brother. He is the greatest of English heroes; a man who kept his head everyone else lost theirs; the last hope of the Anglo Saxons against the all powerful, all conquering Danes. A man who, while everything around him burned was able to think about the long term – build a vision of a united Anglo Saxon state, recognise the importance of language and learning as a tool of government and nationhood.

But there's a caveat to all of this. There were no flies on Alfred, and he was a clever bloke, make no mistake about that. The sharpest of the knives in the drawer. And quite uniquely in English history at least, Alfred controlled the message. Almost everything we know about Alfred from a written sense comes from him – he commissioned the Anglo Saxon chronicle (probably – his time anyway), and if you are a Dane or Mercian looking for even-handed balanced reporting – don't go there for it. He got his good mate Asser to write a biography of him. So you are left wondering, just slightly – can he really have been as wonderful as he seemed?

So I was interested to read that the other day, some bloke was out with his metal detector near the little town of Watlington in the shadow of the Chiltern Hills. And he struck it lucky – a hoard of mainly silver, coins and bangles, and a scrap of gold. Congratulations!

Now in there is a coin that may tell a story. Its a coin, with on one side the image of a man called Ceolwulf and Alfred sat together in majesty. 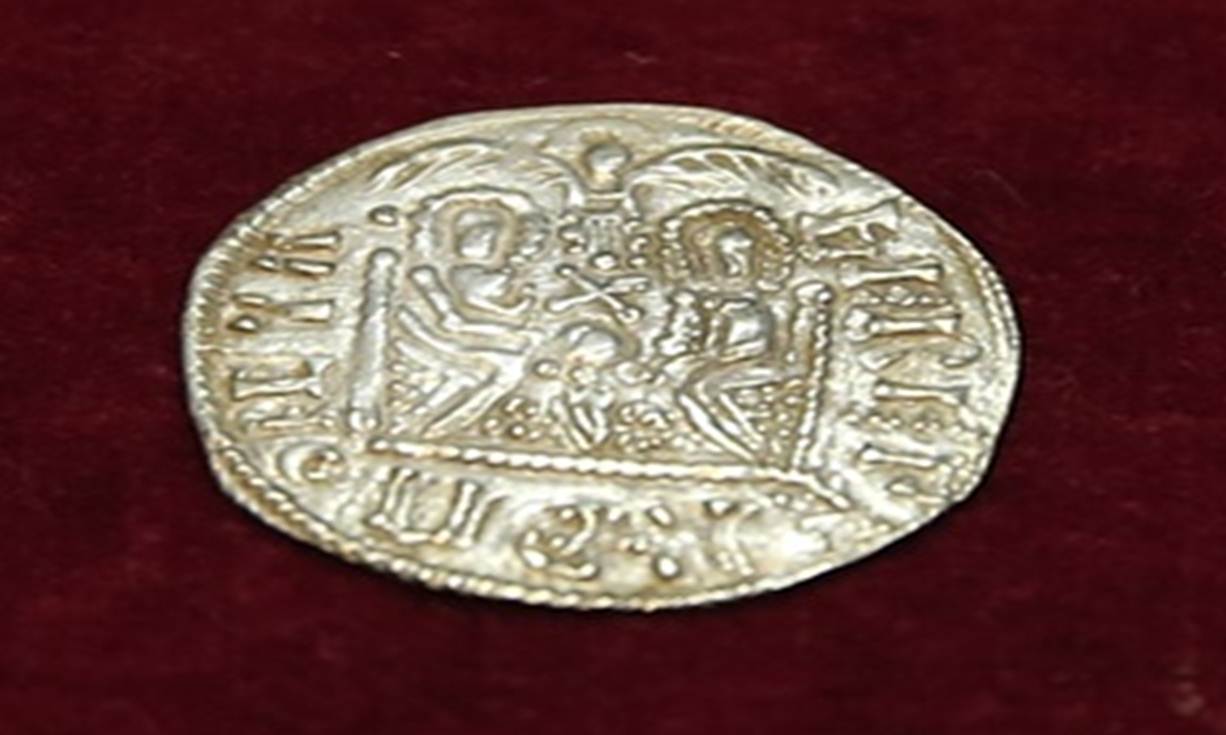 Ceolwulf, who he I hear you ask? Well, he was King of the mighty Mercians, son of King Burgred. The West Saxons and Mercians had fought together before, in 868; but Burgred had in the end fled to Rome in the face of Danish violence. The Anglo Saxon Chronicle does a hatchet job on Ceolwulf.

874: This year went the army [the Danes] from Lindsey to Repton, and there took up their winter-quarters, drove the king, Burgred, over sea, when he had reigned about two and twenty winters, and subdued all that land. He then went to Rome, and there remained to the end of his life…And the same year they gave Ceolwulf, a foolish king's thegn, the Mercian kingdom to hold; and he swore oaths to them, and gave hostages, that it should be ready for them on whatever day they would have it; and he would be ready with himself, and with all those that would remain with him, at the service of the army.

So Ceolwulf is just a loser then? Well, hang on a second. Ceolwulf seems to have fought the Danes with Alfred. He remains king after the victory Alfred wins and the peace with Guthrum. He fights and beats the Welsh. Ceolwulf was no push over. And then there's this coin – this is a coin that shows an alliance between two equals, Mercia and Wessex.

Could it be that poor Ceolwulf is the victim of rewritten history? Alfred didn't want the powerful, dominant Mercia back again – he wanted and Anglo Saxon Kingdom dominated by Wessex, and Ceolwulf would have been in the way. He wanted Wessex, not Mercia, to be the saviour of England. So maybe, just maybe, he had Ceolwulf written out of history.

Still, you can't make an omelette without breaking eggs!

5 thoughts on “The power of propaganda”