Skip to content
You are here
Home > Resource > William Hastings – Victim or player?

The rise of Hastings

William Hastings’s father Leonard had been a follower of Richard of York; so when he died, William naturally followed his father and became part of the York affinity. He was at Ludlow in 1460, fought with Edward at Mortimer’s Cross and Towton in 1461.   Hasting’s rise was steady; and after 1471 he began to acquire pre-eminence in Edward IV’s regime. This came from a combination of wardships and grants; but at the core was his closeness to the king, and his position of Lord Chamberlain. From this, power and influence flowed; religious houses made him their steward, barons sent him gifts.

By 1483, he was one of the leading magnates through whom Edward ruled the regions of England. Hasting’s power and affinity centres in the midlands; there he lavished money on creating grand new houses, particularly Ashby, where he enclosed 3,000 acres for hunting;and Kirby Muxloe, where he built a new house of red brick, the latest word for the time.

Hasting’s closeness to Edward seemed to extend to his personal life; Jane Shore for example, seems to have been the object of both his and Edward IVth’s admiration. But Hastings combined closeness to Edward with the good opinion of pretty much everyone. He was, in the words of Thomas More, an

‘honourable man, a good knight and a gentle … a loving man, and passing well beloved’.

Gloucester and Hastings seem to have been on good terms in the previous reign: Gloucester’s role as chief steward of the 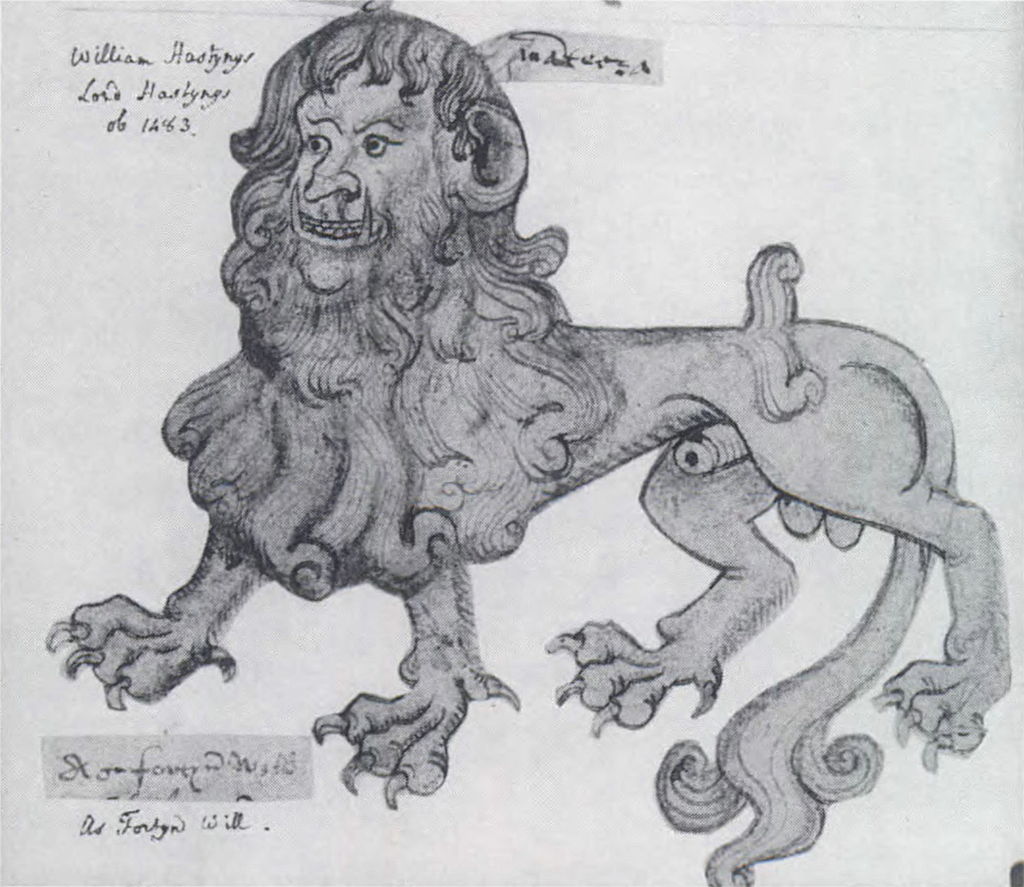 duchy of Lancaster in the north had meant that their spheres of interest in the north midlands had overlapped and they had apparently worked well together. But the clearest evidence comes from the early days after the death of Edward IV. Hastings was in London, Gloucester at Middleham and York. It was Hastings who wrote to Gloucester to advise and keep him informed; warning him of the power of the Woodvilles, advising him to secure the person of the young King, Edward V, to head off the threat to Gloucester’s position as potential Protector.

Clearly this was not disinterested. Hastings’ relationships with the Woodvilles, particularly Dorset, were troubled and acrimonious; on his death bed, Edward IV was said to have ordered them to like each other. Obviously, by and large not an effective approach – I seem to remember my mother trying it. Hastings trusted Gloucester enough to work side by side with him against the Woodvilles.

In fact he trusted Gloucester so much that when Gloucester seized the king and imprisoned Earl Rivers at Stony Stratford on 30th April, Hastings read his letter to the lords in London and reassured them;and as a result, the Woodville’s attempt to raise an army against Gloucester failed, and the Queen and her family fled to the Westminster Sanctuary. At Gloucester’s first meeting with the royal council, Hasting’s support was critical to his confirmation as Protector with very wide powers. And Hastings, initially at least, appeared delighted at the outcome. The Crowland Chronicle reported:

“the lord Hastings… was extremely elated at these changes to which the affairs of the world are so subject, and was in the habit of saying that hitherto nothing whatever had been done except the transferring of the government of the kingdom from two of the queen’s blood to two more powerful persons of the king’s; and this, too, effected without any slaughter, or indeed causing as much blood to be shed as would be produced by the cut of a finger.”

Disgrace and death – the events of June 13th

All this changed very suddenly with the dramatic events of June 13th.

There was to be a standard meeting of the royal council; but Gloucester had split the council into two. At one meeting was Hasting, John Morton, Rotherham, Thomas Stanley. All were experienced, influential men, loyal adherents of Edward IV. Hastings might has sensed something was wrong when Gloucester’s man, John Howard, turned up to make sure Hastings arrived on time.

When Gloucester and Buckingham arrived at the council everything changed. Gloucester accused the men of plotting against him.Furious denials were brushed aside, soldiers rushed in, and all 4 were removed. Stanley was soon released; this was a man and family Gloucester needed on his side. Morton and Rotherham, both prelates could not be killed and were instead imprisoned.

But Hastings was roughly shoved towards Tower Green; only his desperate pleas allowed him a little time to make his peace with God – and then he was executed, on the same spot that some day Anne Boleyn and Jane Grey would suffer the same fate. He had no form of trial.

Gloucester’s official explanation was that Hastings and his companions were plotting against him – and they had paid the price. 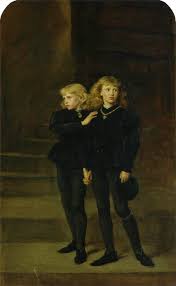 The favoured explanation by many modern observers is that the official explanation is a blind; that Gloucester had by this time decided to take the throne from Edward V.That he’d found out knew that Hastings would not support such a usurpation, and had to be removed. Some sources mention that Buckingham had sounded out Hastings on the idea, and been vehemently rebuffed, others that Gloucester got his information from William Catesby, a man closely connected with Hastings.

Or a player who lost?

Those who take a kinder view of Gloucester and his motives point out that Hastings was by no means a passive observer of affairs. Here was a man who had operated at the highest levels of government for over a decade, and whose affinity and networks ran deep. Who had done his best to manipulate events by writing to Gloucester to take on the Woodvilles. Was it therefore possible that Hastings was plotting with the Woodvilles? If not the Woodvilles, simply with Morton and Rotherham, both of whom, like Hastings had been trusted servants of Edward IV, and close colleagues with Hastings for many years.

It seems very unlikely for Hastings to have formed a partnership with the Woodvilles. Their mutual antagonism had been crystal clear; it would have been a dramatic turnaround for both parties. Nor is it clear that the Woodvilles would have been very helpful anyway – sitting in sanctuary or prison as most of them were. Plus let’s not forget (small thing!) Elizabeth strongly suspected that Hastings had been involved with Edward in sharing mistresses- the the idea was that one of them, Jane Shore, was used as a go between. I don’t think so.

But Morton, Rotherham and Stanley – these are very different. These were powerful, devious men perfectly capable of planning to resist Gloucester. The rise of the duke of Buckingham had been extraordinary – now practically a king in Wales, and the new dominant force in politics – the resulting lost of influence of all 4 men cannot have been welcome.It could well be that for Hastings, Gloucester had achieved his aim, and now needed to be contained, his powers at least restricted.

Or it could be that Gloucester had been visited by Stillington, been told that Edward V was illegitimate; and Hastings had made it clear that he would not accept the consequences,or did not believe the story.

Hasting’s widow was allowed to keep her lands and goods;and Hastings was buried in the St George Chapel next to his great friend, the man he had served so well – Edward IV. Either a sign of Gloucester’s nobility of spirit – or of a guilty conscience!