In the early 1330's, Edward was a hero searching for a way to undo the humiliations visited on him by Mortimer and by the French. And Edward Balliol, son of the ex king of Scotland John Balliol, gave him his chance. At the battle of Dupplin Moor, Balliol against all the odds defeated a much large Scottish army, but could not hold Scotland. Edward now had the chance to prove himself – if he could keep the French as bay.

When Edward I and II had fought in Scotland, they had granted the estates of the Scottish lords to various English followers; and of coutse some Scottish lords had remained loyal to Edward, such as the Earl of Atholl, for example. The 'Shameful Treaty' of 1328 at Northamption removed their rights to these lands.

Edward Balliol and the Battle of Dupplin Moor, August 1332

Edward Balliol, son of John Balliol went north in 1332 with an English army of the Disinherited to claim his birthright. There he met the confident Earl of Mar who had  much greater force – and the tiny army of 1,500 put the Scots to flight. But Edward balliol had no real support – and dewspite being crowned at Scone was surprised at Annan and by the end of the year was chased back to England.

The battle of Halidon Hill, July 1337

Edward III came out in open support, and march north to besiege Berwick. When the scots came to meet them and drive them away they were routed at the battle of Halidon Hill.

The battle was more important for the impact it has on tactics than the long term impact on Scottish history. Because although King David was forced to flee to Chateau Gaillard, and Edward Balliol enhjoyed a brief moment of power, he still had no support and would soon be back in England – and the Scottish wars would drag on. But in terms of tactics – here we see the English fighting with dismounted kinghts in teh centre, and archers on the flanks – and the devastation by caused. 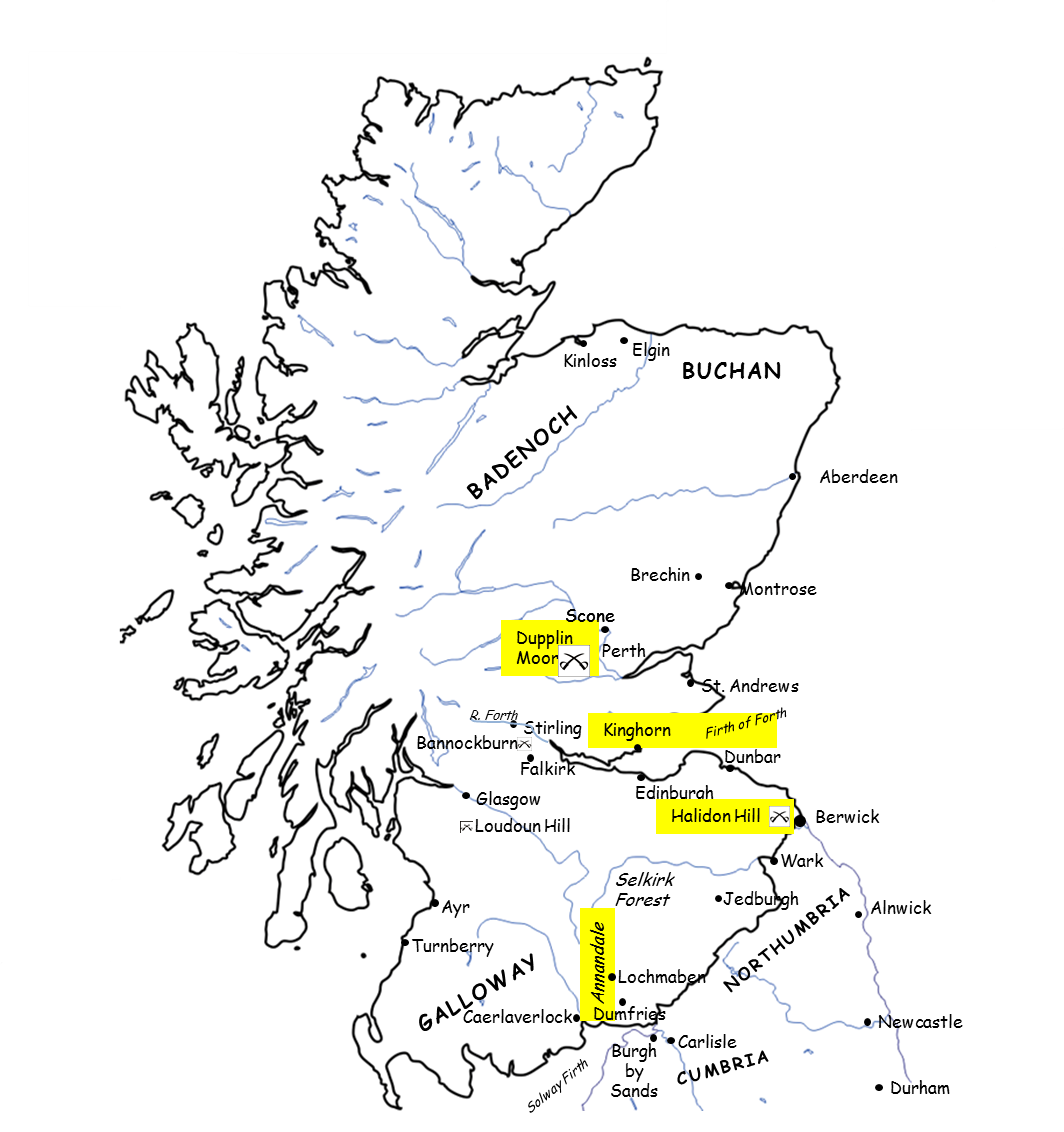 4 thoughts on “98 The Disinherited”