Matthew Paris was an engaging, well informed chronicler who had contacts with leading men of the realm such as Hubert de Burgh; though it appears he had a tendency to embroidering the truth a bit for the sake of a good story. But another talent were his drawings in the margins and embedded in his manuscripts, which shed a little more light or wit on the events of the day.

Here’s Paris himself, in a self portrait. he was a Benedictine monk at the abbey of St Albans, and abbey with a long tradition of historical writing.

This is an illustration about the battle of Bouvines in 1214. The defeat of Otto IV and his English and Flemish allies set the seal on the loss of the Angevin Empire, and set John up for the Baronial revolt that led to Magna Carta. 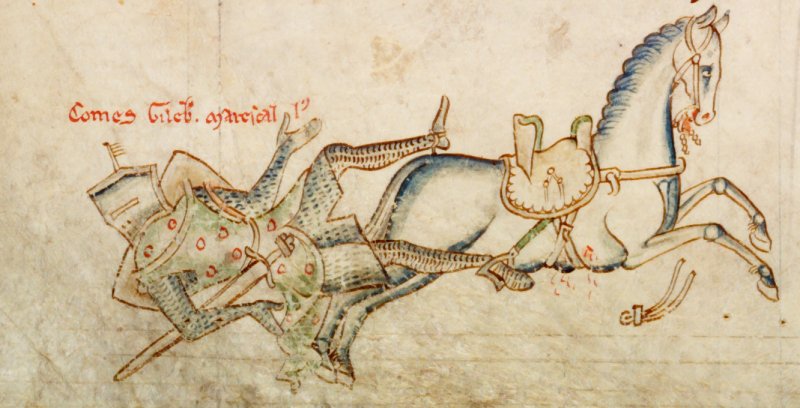 …unlike his son, Gilbert Marshal who is shown here dying in a joust. William had five sons, and would have died feeling very comfortable that his dynasty was safe. In fact all five of them died without a a male heir. 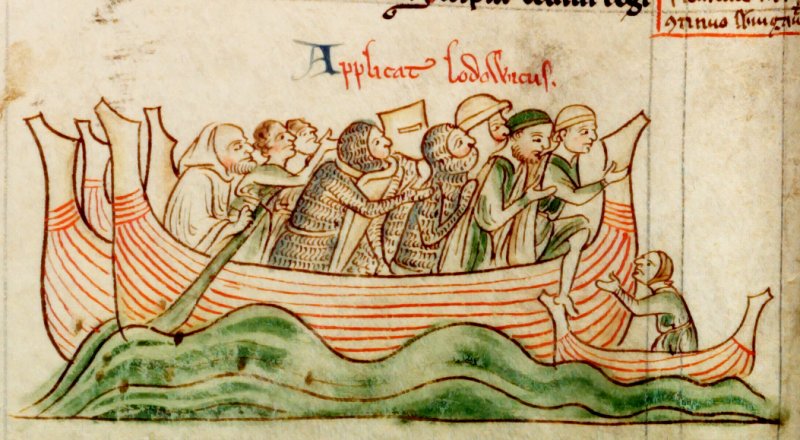 Here’s Louis of France arriving in London to help the Barons in their revolt against John. 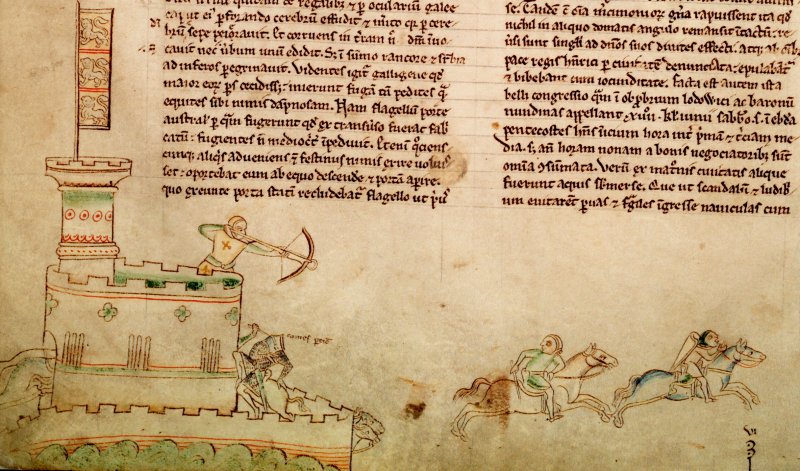 Louis’ hopes of winning a kingdom for himself died at the battle of Lincoln in 1217. Here you can see Falkes de Breaute’s crossbow men firing on Louis’ men, while under the battlements the poor old Count of Perche dies from a dagger thrust through the eye holes of his helmet. Still, everyone was very sorry about it. For one thing it meant no ransom, and for another killing oiks was OK but noblemen? Tut tut.

The final straw was the battle of Sandwich, where Hubert de Burgh defeated the French fleet bringing reinforcements, raised by Loui’s redoubatble wife Blanche of Castile. On the right you can see Eustace the Monk losing his head.

And speak of the devil, here is Hubert de Burgh. Hubert had a long colourful career. He fought valiantly for John at Chinon, and in 1215 was made the Justiciar – because he was more acceptable ot the Barons than his competitor, Peter des Roches the Bishop of Westminster. He was eventually to fall though at Peter’s hands. 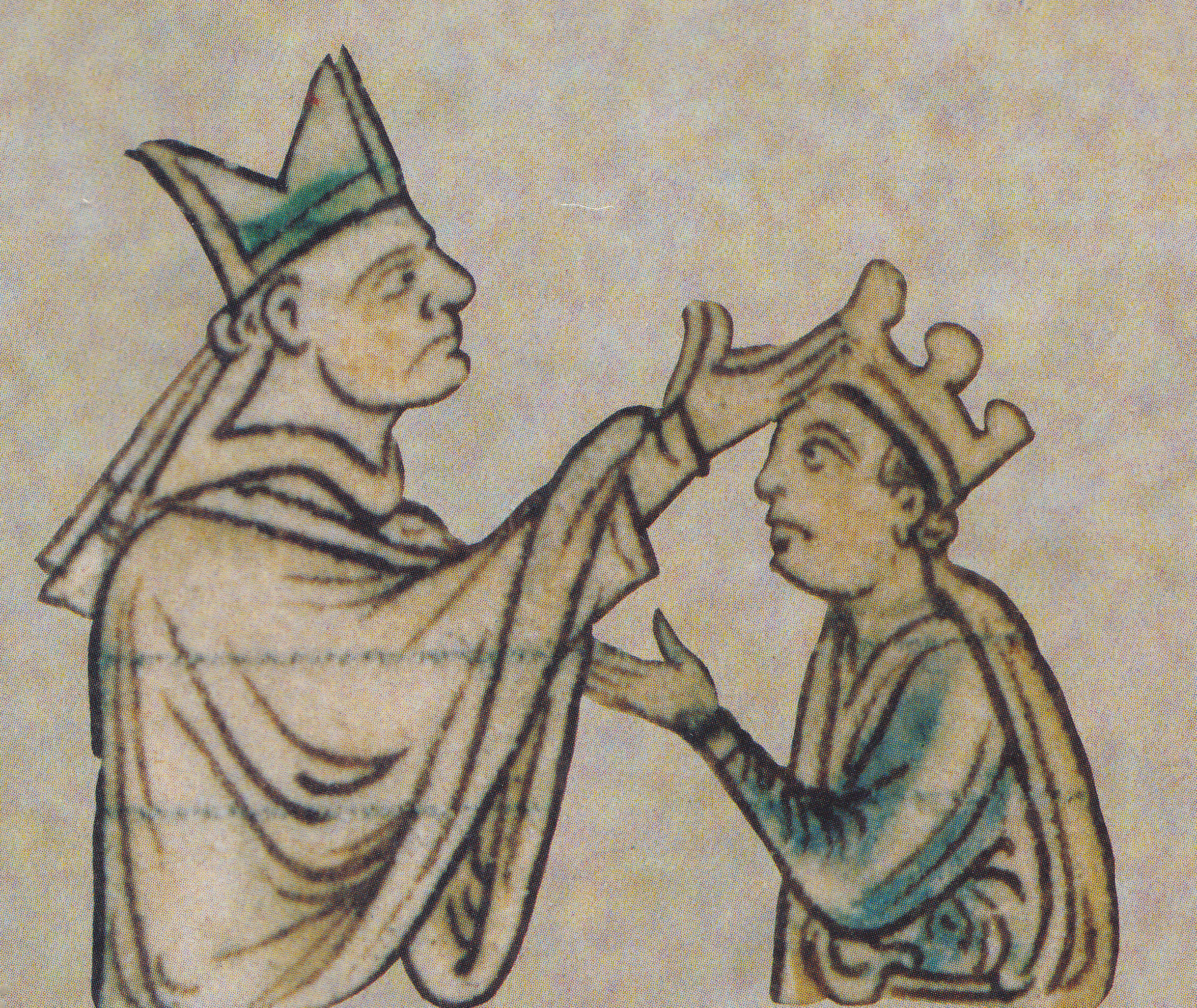 John’s successor was Henry, a 9 year old. He started off by being crowned in Gloucester, but after Louis was thrown out, he was crowned properly at Westminster by Stephen Langton, the Archbishop of Canterbury. Langton in this drawing looks like quite a bruiser, very square jawed. Henry looks like a bit of a drip, and so it was to prove. 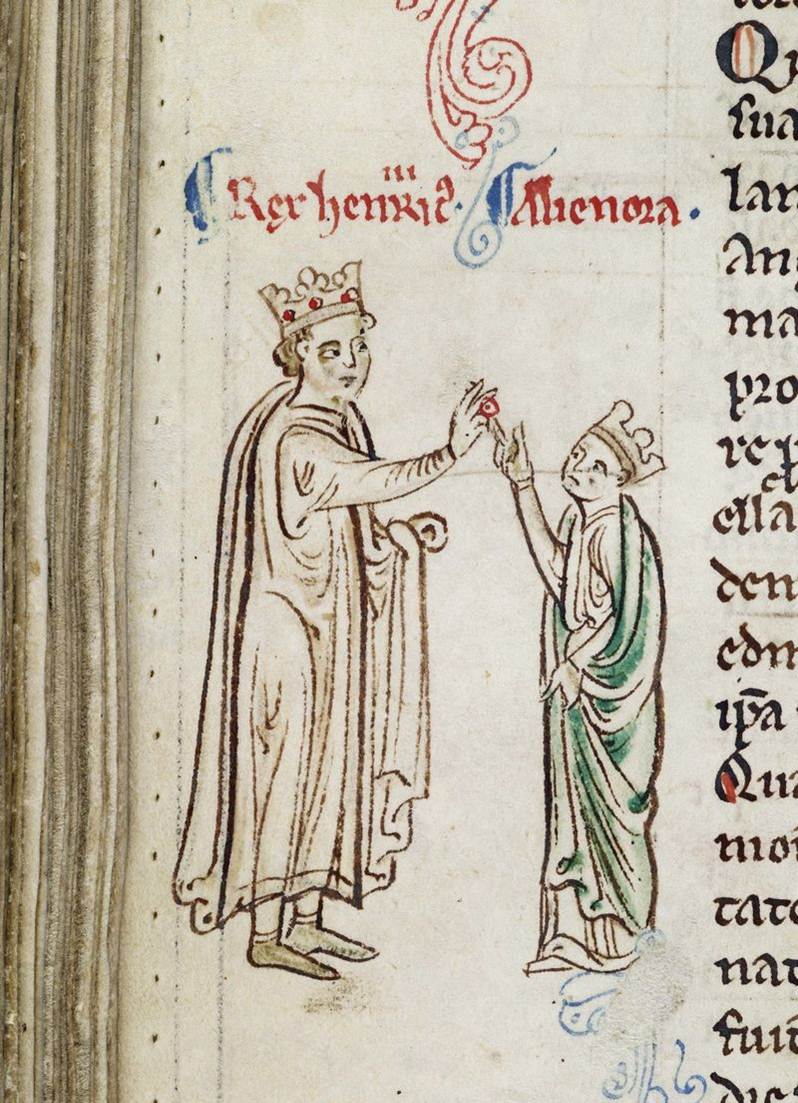 The fates decreed though that Henry should marrry a woman with a good deal more strength of character than him – though it’s not clear this was a good thing. Here is the marriage of Henry and Eleanor of Provence. 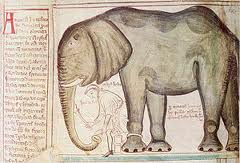 Matthew was clearly keen on Elephants.. 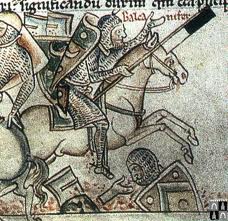 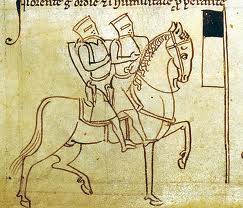 Buit his drawings of the Knights templar aren’t necessarily entirely complimentary to my eye.

This drawing shows the Jews being beaten. The Jews are wearing the required yellow star, though their dress appears to be very much the same as everyone else. The Jews were under the special protection of the king – which essentially came to mean that the king taxed them out of existance, until Edward I finished the job by expelling them. 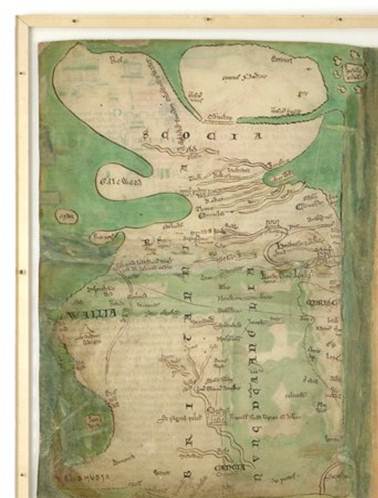 And finally a map of Britain…roughly similar I suppose.

8 thoughts on “Drawings of Matthew Paris”