Skip to content
You are here
Home > Resource > Maps: 1455 Power bases of the Barons

These maps give you some idea of where the major families were based and held their main estates. You’ll remember that when the Conqueror parceled out his new possession, he made sure that the lords couldn’t get too powerful – by spreading out where they held land. There were a couple of exceptions – mainly the Marches, Northern and Welsh – where there were exceptions, where there were concentrated landholdings. These ‘Franchises’ were enormously valuable – for two reasons – economically, and military.

‘Franchises’ like the Duchy of Lancaster, or the Bishop of Durham’s Palatinate of Durham, were like mini kingdom’s, where the king;s writ did not run; and where the office holder was solely responsible to the king. That meant they gathered all the proceeds of justice; it meant their landholdings were consolidated, with all the military advantages that brought.

The franchise that’s sometimes forgotten is the Isle of Man. in the mid 15th century, it was held by Thomas, Lord Stanley, who styles himself ‘King of Man’.

Here’s a basic map that shows the baronial landholdings during the Wars of the Roses – which obviously is a moving picture, but it gives an idea. It’s taken from information presented in ‘The Wars of the Roses’ by A.J. Pollard, and ‘The Hollow Crown’ by Dan Jones. It’s something of a mess, so I’ve tried a few other versions below to try to highlight particular families. 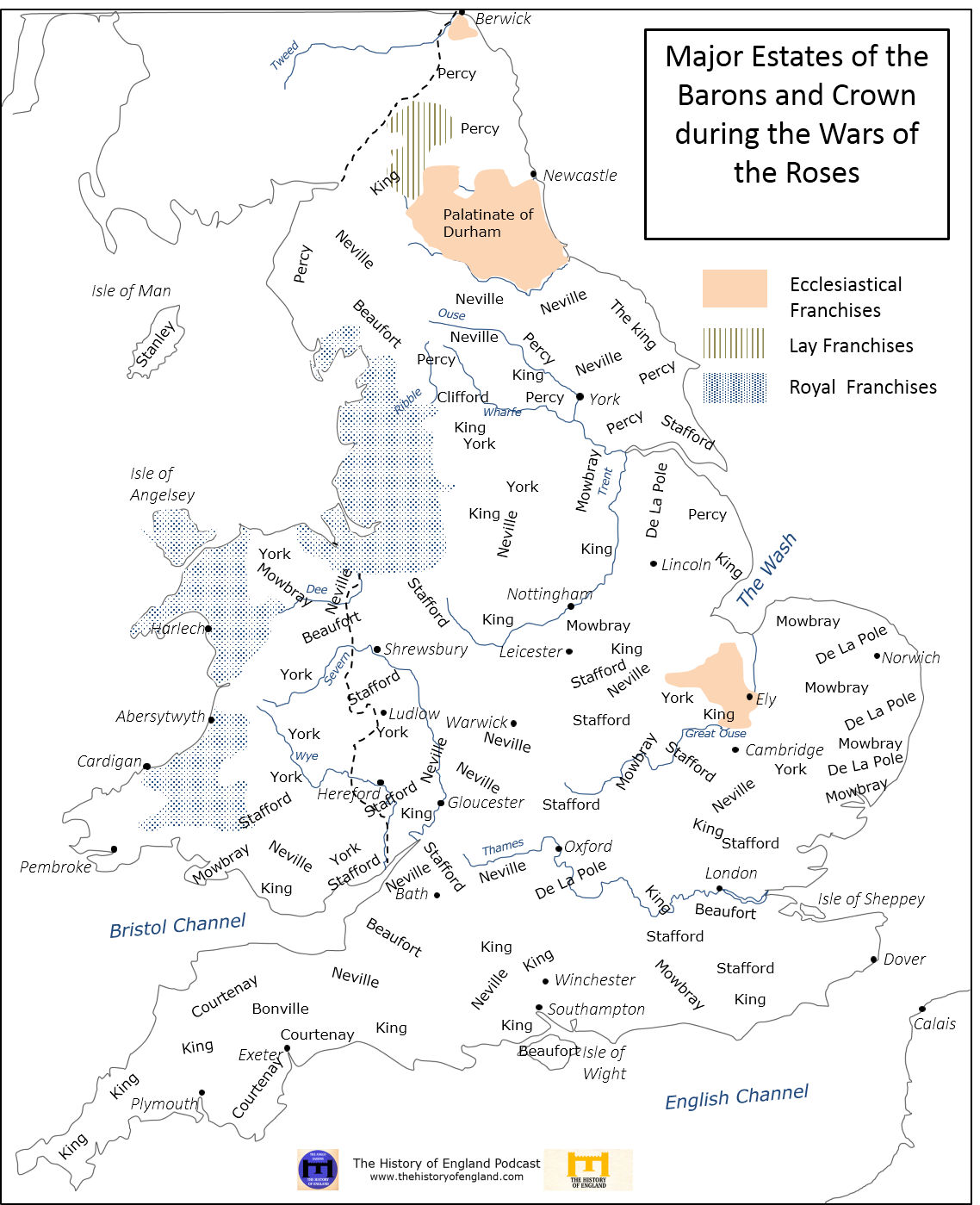 Below are three versions; picking out:

1) The Lancastrian and royal position

2) The position of York 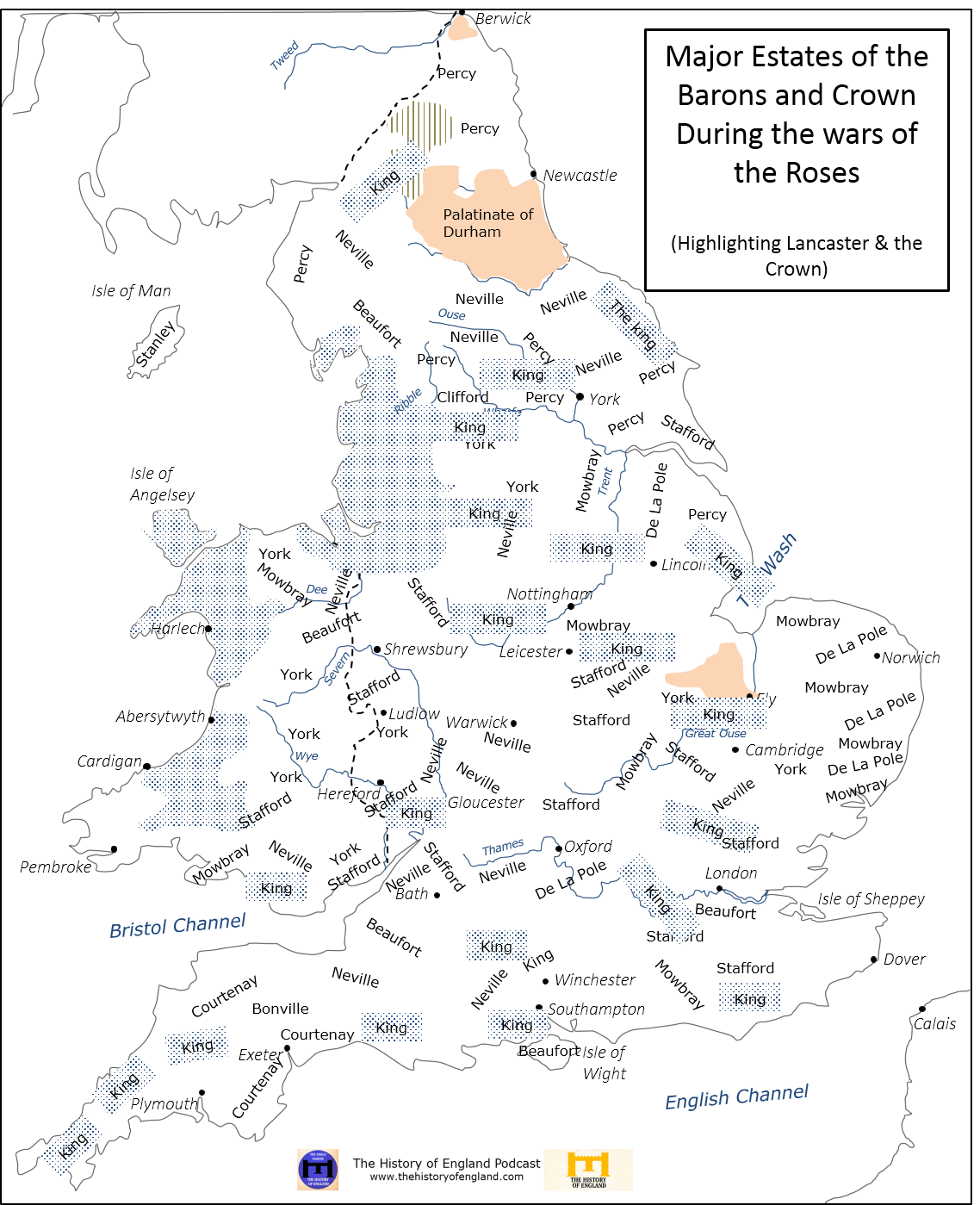 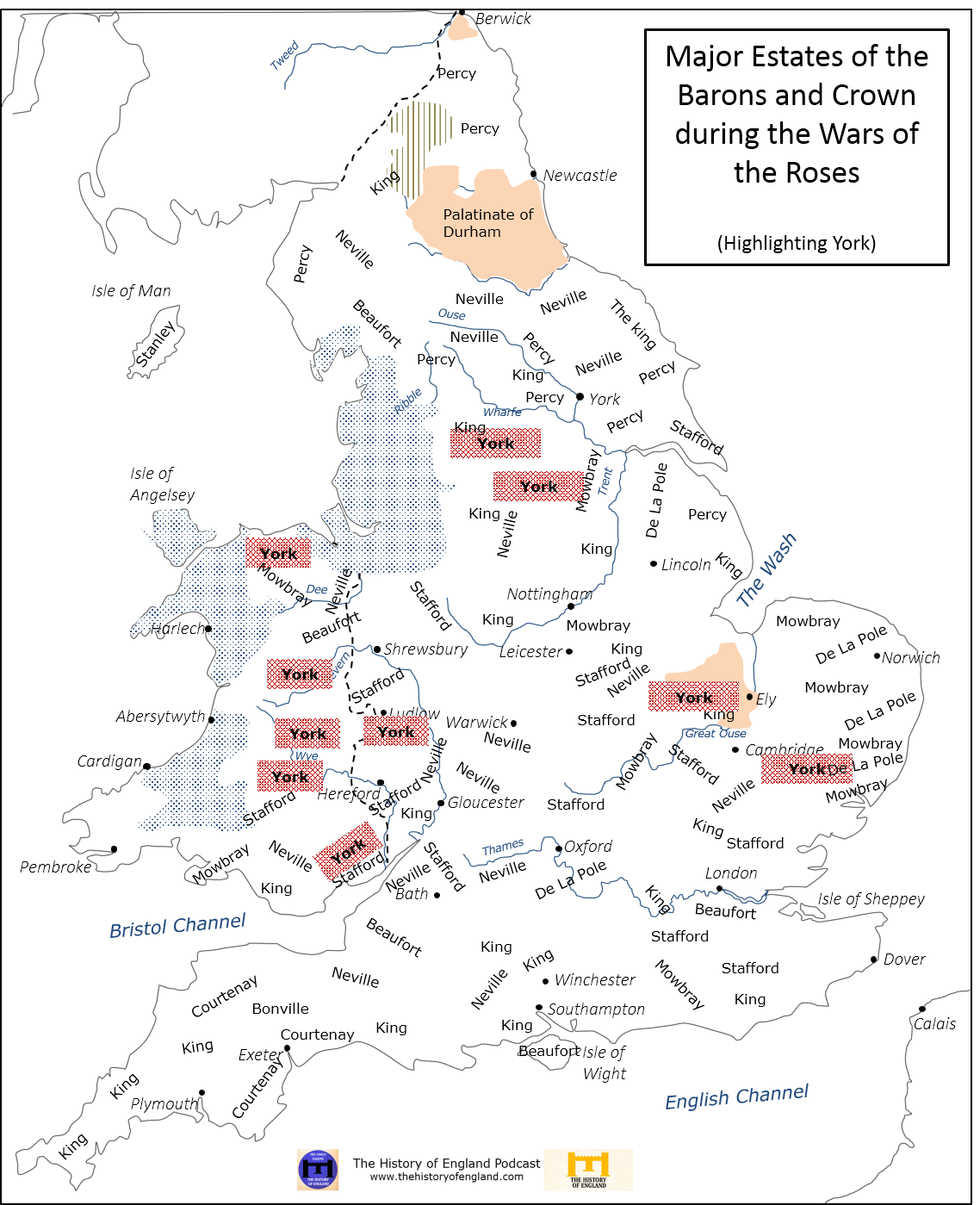 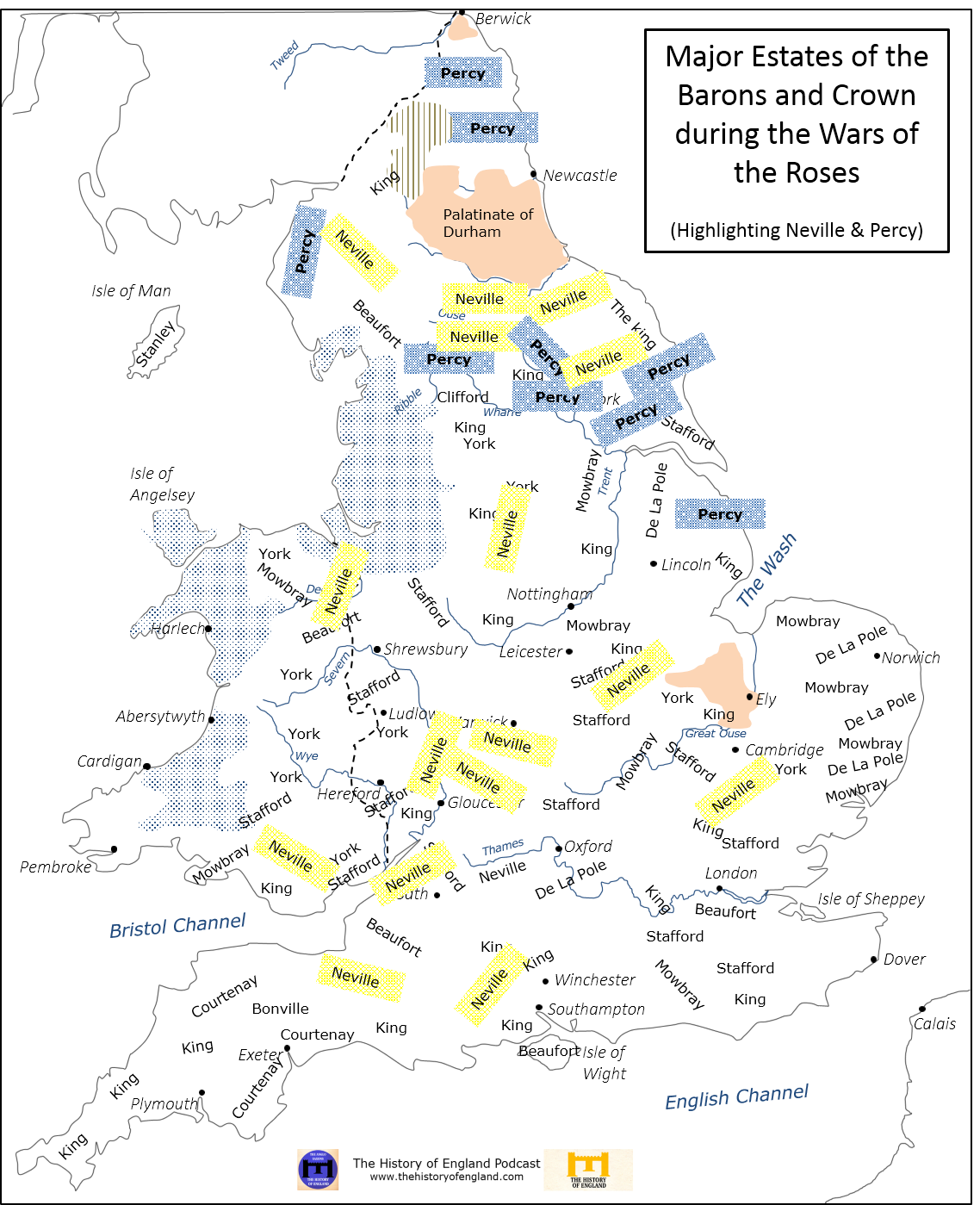