The story of the de la Pole family – from ‘rags to rags’ over 6 generations between 1290 and 1525, is evidence that there were ways to escape the rigidity of medieval society. Their history is also evidence of the dangerous times in which they lived, and the curse of the blood of York. Not until the last of them was dead could the Tudors rest easy on their throne. 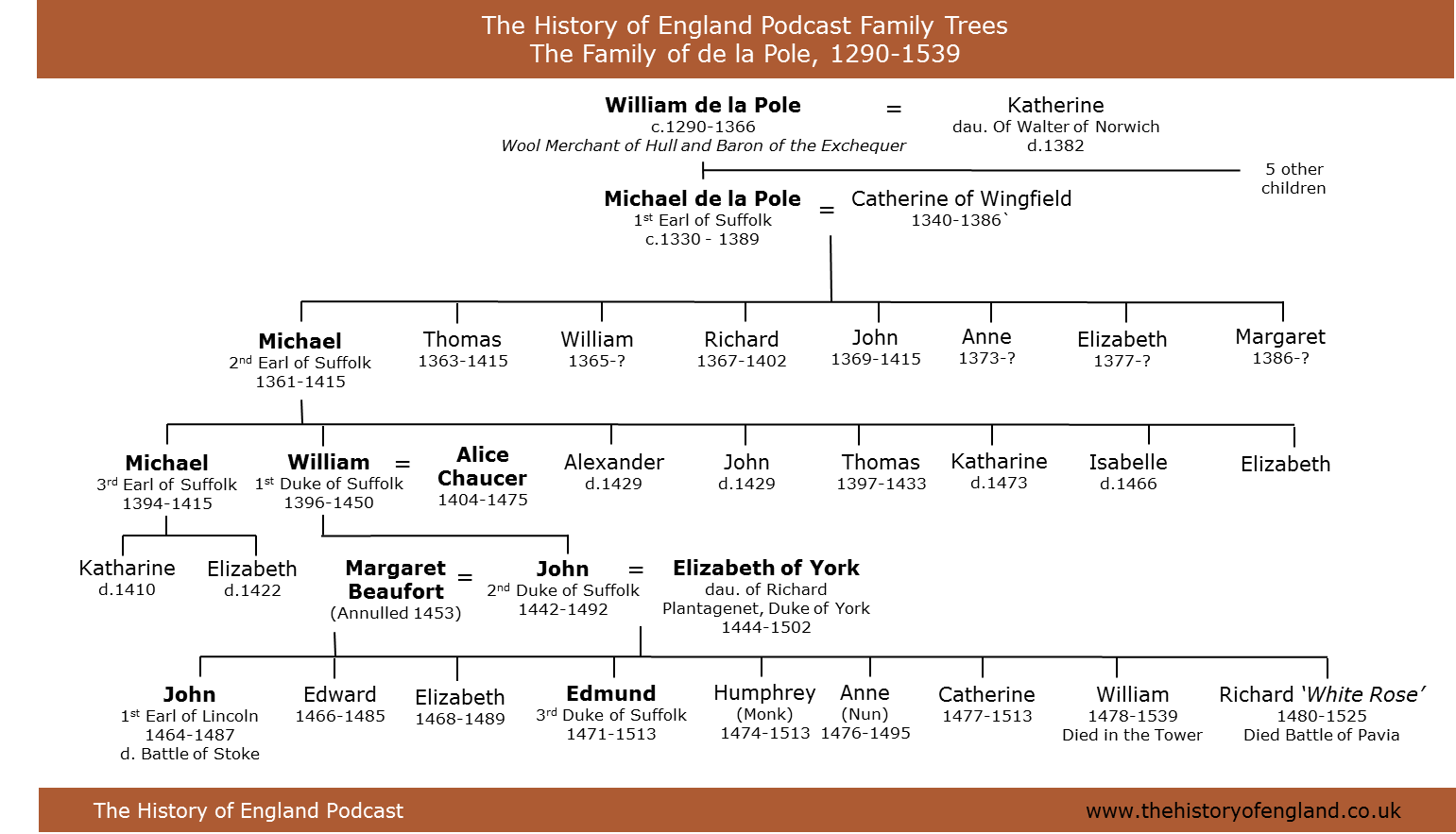 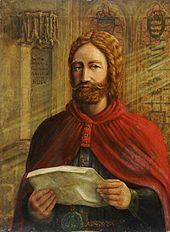 The origins of the family are obscured by the destruction of their papers in the peasants revolt of 1381, but their fame was built on the foundations of the 14th century merchant class. William de la Pole (c.1290-1366) and his brother Richard (d.1345) built a wool business in Hull, Yorkshire. From there they became closely connected with the Royal court, lending large amounts of money which delivered interest as high as 22%. As Edward III’s finances suffered, so did the de la Pole’s, and indeed king and de la Poles fell out badly. But by the time of his death, William’s influence had seen the introduction of the staple and the royal and merchants monopolistic dominance of the wool trade; while the family fortunes rode high; William’s widow was living in comfort with over £200 a year, and his son William was called to parliament as a knight 5 months before William died, not doubt to his enormous satisfaction- the de la Poles had made the jump from Merchant to noble.

Michael de la Pole (1330-1389) behaved like a knight, and put his merchant background behind
him. He campaigned with Henry of Lancaster and Edward the Black Prince through the glory days of the 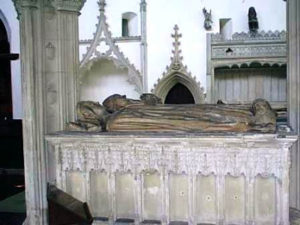 100 Years War. But it was under Edward III’s successor Richard II that Michael’s career really took off; his appointment as Chancellor in 1383 seemed to be completely uncontroversial, and in 1385 he was made Earl of Suffolk. But the war went from bad to worse; and royal finances went with it. Michael was fiercely loyal to the royal cause, and the Lords Appellant fixed on de la Pole as a proxy for the king. In the Wonderful Parliament of 1386, he was impeached, but none the less remained in royal favour, and so fell with the king when the Merciless Parliament of 1388 convicted him of treason, he was banished. Despite the height of his rise, de la Pole had not forgotten his roots in Hull, keeping a large house there and founding a house of the Poor Clares. None the less he died in Paris in 1389.

Parliament however had not declared his lands forfeit t his heirs, just his titles – and so his son, also Michael de la Pole (1367-1415) was able to inherit some of his lands. He kept close to the Lord Apellant, going on crusade to Lithuania with Thomas of Woodstock in 1391 for example; and he petitioned Richard to restore all his lands and titles. Richard didn’t like the company he kept – but finally in 1398 was allowed to become the 2nd Earl of Suffolk. He played little part in the early Lancastrian reigns, but in 1415 was part of Henry V’s campaign – a disastrous one for the de la Poles. Michael died of dystentary at Harfleur; his heir Michael became 3rd Earl of Suffolk super briefly before he died not long afterwards at Agincourt, ‘as strong, as active and as daring as any member of the court’. 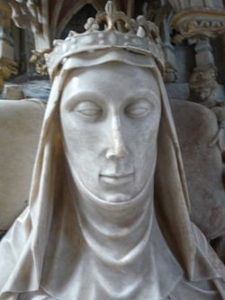 the vacillating Henry VI from the 1430’s, and fought hard to serve his royal master, and was rewarded by being elevated to Duke of Suffolk. For a second time though, a de la Pole was to be sacrificed to save his king, and the angry lords sought a scapegoat for England financial and military failure. In 1450, Parliament impeached him, but it seemed as though Henry had repaid his loyalty by causing him only to be banished; but the lords took justice into their own hands, and William de la Pole’s head was found on the beaches of Kent. Accused of corruption and incompetence by contemporaries, in fact William seems to have been hardworking  and unlucky.

His son John, 2nd Duke of Suffolk (1442-1492) was a very different character, who seemed to spend most of his life trying to avoid the limelight; and being actively kept out of it by kings in Edward IV and Henry VII clearly none too impressed by his talents. None the less, his mother Alice Chaucer seemed determined to reconcile her family with the York family that had hounded her husband, 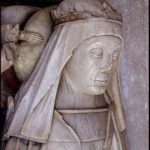 marrying John to Richard of York’s daughter Elizabeth in 1458. John followed her lead, loyal throughout to Edward IV  through Warwick’s campaign in 1470,and distrusted by the Readeption regime.

The trouble was that Suffolk had very little money – income from his estates in east Anglia and the Chilterns was well below the £1,000 needed for an earl. And also for some reason despite his loyalty to Edward, and despite his marriage to Edward’s sister, he never got much land or regard from Edward and was not part of the royal council.

One thing John and Elizabeth were good at though was having children – 11 as it happens, though not all of them lived to their majority. But through their mother, they all had a claim to the throne from the Yorkist side – though seemingly something of an irrelevance in 1471.

John de la Pole, earl of Lincoln (c.1460–1487) may have been made Richard III’s heir when Edward of Middleham died; but after Bosworth, appeared to be well favoured by and reconciled to the new regime under Henry VII. But in 1387 it was Lincoln who supported Lambert Simnel, and paid the price with his death at the Battle of Stoke.

Thereafter, the de la Poles – Edmund, 3rd Duke of Suffolk (1471-1513) and Richard ‘The White Rose’ (1480-1525) were the only remaining credible Yorkist descendants and threat to Henry VII. Edmund seems to have resented the mincemeat Henry VII made of his inheritance while a ward, and was anyway proud and impetuous. In 1499 he left the country, apparently seeking out Henry’s arch enemy Margaret of Burgundy – but was persuaded to return by the king’s agents. But in 1501 he left for good, going from place to place searching for a sponsor to allow him to launch an attempt on the throne of England, pursued relentlessly by Henry VII’s foreign policy and agents and running up massive debts. Eventually in 1506 Henry got his man, and incarcerated him in the Tower of London – there to lie until he was eventually executed when his brother Richard was recognised as king of England by Louis of France. 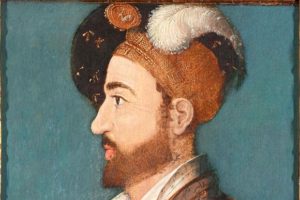 Richard de la Pole seems to have been made of finer stuff than his brother. Richard was in exile with his brother, and in 1504 was left in poverty at Aachen as surety for his brother’s debts. But in 1506 he escaped to Hungary, and found a protector in King Ladislaus II, despite Henry’s demands for him to be handed over. Richard appears to have acquired a useful military reputation, and was a constant thorn in Henry VIII’s side as he had been in his father’s; in 1513 King Louis of France declared Richard king of England; in 1517 Richard was in Milan and Venice, and was rumored to be launching an invasion from Denmark. From 1522 he was back in Paris plotting with King Francis I. While the White Rose, as he was known, was at large, the threat of the house of York and the return of the wars of the Roses  was always credible. But at the Battle of Pavia in 1525, Richard died as his ally Francis I was defeated at the hands of the Emperor Charles V. The emperor’s messenger told Henry VIII how ‘The White Rose is killed in battle … I saw him dead with the others’, to which Henry responded in joy ‘All the enemies of England are gone’.