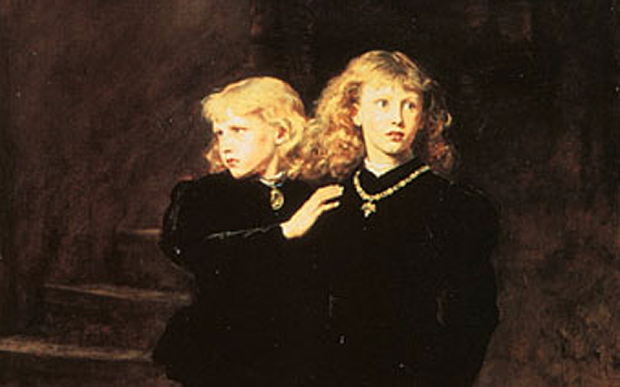 This page gives a few of the arguments about the possible motivations of some of the players discussed in the podcast episode 193 on 4th September 2016 – just if you want a refresher! Please also see the post on The Fate of the Princes – Evidence.

Did Richard III kill the princes?

The hypothesis: Richard is often assumed to have killed the princes, and the motive appears obvious – to remove two of the obstacles standing in between him and the throne. In addition, that the two boys would always be a potential focus for rebellion; in 1483 he had already faced a challenge to his throne. The number of written comments that survive suggest that it was commonly assumed at the time that Richard had done this deed – just as Henry IV probably killed Richard II, and Mortimer Edward II. In support of the argument is his failure to produce the boys during the rebellion or at any point during his reign to scotch the rumours, and this seems damning to any defence, and any defence needs to explain this.

Richard also had access and opportunity; he personally could have been away from London if the boys were killed – but he very clearly had authority to send a killer to do the job.  Thomas More, who wrote most fully of the murder and was probably influenced by John Morton, described the commission by Richard of James Tyrell, who then smothered the boys with help. More references a supposed confession by Tyrell in 1502 – though no other record of this survives.

The counter argument: One argument is that for Richard to have killed the princes would be irrelevant and counter 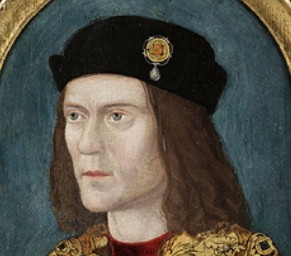 productive. He and Parliament had already debarred them from the throne – they were now irrelevant. The Duke of Clarence’s son, Edward the earl of Warwick had also been debarred, but would normally have been ahead of Richard in the succession; and yet he lived on untouched in Queen Anne’s household – it too Henry VII to trump up a charge and kill him.

The behaviour of Elizabeth Woodville is interesting. She had fled to sanctuary of course in 1483, and yet was prepared to come to terms with Richard in 1484, leave sanctuary, send her girls to court, encourage her son Dorset to return. Could she really do that with the killer of her son? Yes, she had a responsibility to her daughters, but her action would have been much more explicable if Richard was not their killer.

There are two alternatives. One that the boys died of natural causes. The lady Augusta  Bracknell principle comes into play here – to lose one small nephew may be regarded as a misfortune; to lose both looks like carelessness. It seems super unlikely both died at the same time, but should be considered. It’s worth noting that he would realise there was no point telling the world this – no one would believe him.

The other is that Richard could not tolerate them on his doorstep, but was happy for them to retain their liberty in some safe place – either hidden away in the UK or abroad. These ideas have some benefits – they explain Richard’s behaviour (not rolling out the boys – he couldn’t because they weren’t there), and Elizabeth’s (“actually Richard’s behaved like a good egg, no problem”). They have the substantial disadvantages that you have to believe Richard would be prepared to give one of his nephews their liberty, free to declare themselves and  challenge his rule. And that there is no firm evidence whatsoever – but then firm evidence is thin on the ground in this whole discussion!

Did Buckingham kill the Princes? 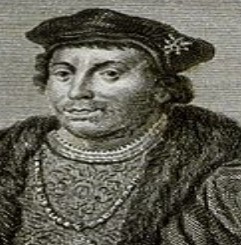 The first thing to note that if Buckingham killed the Princes with Richard III’s approval it doesn’t count – in that case, Richard would still be fully accountable. So we have to build an argument that Buckingham decided to do this without Richard’s knowledge.

Did he have motive and opportunity? Well, Buckingham had a claim to the throne, a claim a good deal better that Henry Tudor as it ‘appens, through both the same source (John of Gaunt & Katherine Swynford) and through Thomas of Woodstock, untainted by bastardy. Buckingham’s rebellion in 1483 seemed to display the kind of daft ambition required. And it would certainly help his claim to have everyone believe that Richard was a murderer of small boys. It would also square the Elizabeth Woodville circle – Richard would not have been responsible. Buckingham is executed in November 1483, but it’s entirely possible that the boys had been killed before October – in fact that’s what on of the chronicles specifically says.  And Buckingham had opportunity in the same way that Richard did – Buckingham was Constable of the Tower, and clearly Richard’s right hand man.

Counter arguments: are long and tricky. Consider the risk. Richard killing the princes and burying the princes is one thing; but Buckingham doing it – well the likelihood someone see something and  tell the king, Richard would be high, insanely high. Though it’s possible Buckingham wouldn’t care, that he’d calculate Richard would not be able to bring him down before he had been able to rebel.

But, in his rebellion, Buckingham support’s Tudor’s claim. The idea that Buckingham would plan to then remove Tudor is surely incredible. Removing one king might be considered fortunate, removing too astronomically fortunate. Also, why did he then not kill Clarence’s son, Edward earl of Warwick, whose claim was better than his, if you consider the Princes to be worth killing? And finally, why on earth wouldn’t Richard tell the world what nasty Buckingham had done? 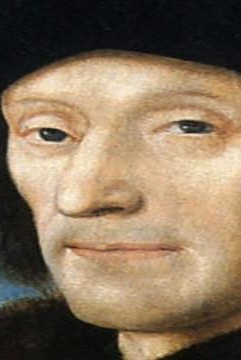 The argument: Now, when we talk of motive there is little doubt that Henry Tudor and his mum had a bright and shiny, honest to goodness motive. Henry had a very dodgy claim to the throne, from the wrong side of the bed. So when he swore in 1483 to marry Elizabeth of York, it was to bolster the legitimacy of his claim as well as try to attract Edward IVth’s Yorkists. But the legitimacy was worth diddly squat if you accepted the Titulus Regius disbarring the princes from succession – because Elizabeth would then have no claim. But if you rejected the Titulus Regius, then the princes and earl of Warwick would have prior claim. So the very best solution was to have the princes killed. And for them to be killed in Richard’s care – well, that was the gold plated solution, since then he got to blame Richard. Also, in 1487, Henry removed Elizabeth Woodville to a convent – it could be that this was to silence her because she knew something unfortunate. But if so, why wait to 1487?

A man called Clement Markham in the 19th century made this point also that the Princes had greater claim that Elizabeth of York, Whom Henry was marrying to bolster his claim. It is worth noting, however, that Henry is very clever in the way he justifies his claim. After Bosworth, he never claims the throne by right of his wife – instead, it is by right of conquest. Henry sought to simply take the whole Titulus Regius debate out of the picture; he was marrying Elizabeth purely to unite the lines of York and Lancaster.

The counter argument: Opportunity is a big issue before 1485; it is very hard to see Henry or

his allies (such as Margaret Beaufort) being able to gain access to the princes. It’s is even harder to understand how they would do this without Richard then telling the world that the evil Tudor had killed his nephews.

It’s also very hard to understand why Henry didn’t accuse Richard of their destruction when he arrived in England. He talked vaguely about Richard having spilt the blood of innocents – but no direct accusation. Why? One answer might be that it was because he knew he’d done it. But another, more likely, was that he just didn’t know for sure – like everyone else.

It is worth noting that no-one accused Henry at the time. One suggestion is that Henry killed the princes after 1485; James Tyrell was pardoned by Henry twice in 1485 and it’s argued that between these two Tyrell did the deed. But this hits the very big question of why, then, Richard did not just produce the princes to scotch the rumours of their deaths in 1483-1485?  It seems unbelievable that Richard would not do this if he could have done so.

34 thoughts on “The Fate of the Princes – Suspects”