One of the delightful things about the passion for Tudor history is the quality of information freely available about the characters that inhabited Henry VIII’s world. So this page gives a brief 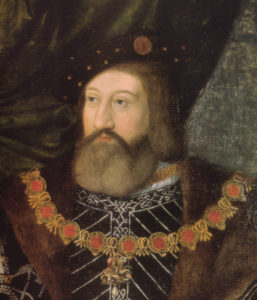 summary of the minions that gathered around the young Henry VIII, early in his reign – and then links to find out more if you wish. Which is lazy of me, obviously.

Brandon was as close to the king as you get, a personal friend whose success depended on the King’s favour, who made him Duke of Suffolk. He was Henry’s aristocratic companion in the joust and the hunt and in all court activities, and like Henry was big, physical and athletic. He came close to blotting his copy book by marrying Henry’s younger sister Mary, but after a brief banishment from court, he was rehabilitated and remained at Henry’s side on campaigns in France, often in command of the army or army units. He got on poorly with both Wolsey and Anne Boleyn. There’s a lot about Charles and Mary on various websites – try this one here.

Earl of Wiltshire and Earl of Ormond and famously father of Anne. Boleyn was made a knight of the Bath at the coronation of 1509. He was one of the sympathizers with the ambitions of the young warlike king and an enthusiastic participant in royal entertainments, especially tournaments. Boleyn was an outstanding diplomat (Henry said that there was no skilled negotiator to equal him), a sophisticated and cultivated man. In 1525 he was elevated to the peerage as Viscount Rochford, by which time both of his daughters were at the English court. Mary was soon the king’s mistress. Chapuys claimed in 1531 that Anne and her father were more Lutheran than the Lutherans, and a year later he said both were considered true apostles of the new sect. By 1529 he was one of Henry’s small inner ring of councillors, and was promoted earl of Wiltshire and earl of Ormond, but once Anne fell in 1536 the whole Boleyn family followed, and all but Thomas’s English earldom were irretrievably lost. He died at Hever Castle on 12 March 1539.

Bryan was a restless, unscrupulous and promiscuous courtier, who held the favour of Henry VIII all the way to his death. He held a reputation as both a fearless teller of truth to princes and as a trimmer, matching his affiliations to Henry’s views, and swapping sides in battle of court factions as the landscape changed. It’s not quite clear why he became known as Vicar of Hell; it could be his sexual rapacity, his frenetic, restless personality, or his wildness or something else lost to us. Find out more at the Anne Boleyn files website. 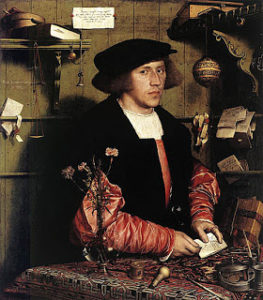 Nicholas Carew was at court from an early age, part of Henry VIII’s own bringing up. He was a groom of the privy chamber by May 1511, an esquire of the body in 1515, and a gentleman of the privy chamber in 1518. He accompanied Henry VIII to France on campaign and to the Field of the Cloth of Gold. He was an expert jouster and carried out diplomatic missions for the king. Carew concealed his true feelings about Henry VIII’s divorce; he was a close friend of the king, but also felt loyal to Catherine of Aragon and Princess Mary; Chapuys told Charles V that he was confident of his loyalty to Catherine. As Anne Boleyn’s position came under pressure, Carew played a leading role in the machinations which eventually destroyed her, and became an ally of Thomas Cromwell. Carew remained in favour with the king but in 1538 Cromwell stage-managed another court purge, and Carew was one of its victims. He was arrested on 31 December 1538, allegedly because a letter found at the home of the marchioness of Exeter implicated him in the treason. He was beheaded on Tower Hill on 8 March 1539.

Compton was a minor knight from Warwickshire, whose career was made by his proximity to the king. He became a page to Prince Henry when duke of York, and a deep and lasting friendship grew up between them. In 1510 he became Groom of the Stool, the most confidential position at the king’s side, and his ‘fixer’. He jousting with the king at his first tournament in 1510. Compton was often entrusted with delicate tasks by Henry: enquiring on his behalf how far the fifth earl of Northumberland’s marriage plans had gone, arranging for the king to meet a mistress, arresting the duke of Buckingham. He served in the military campaign of 1513  and on the Scottish borders in 1523. Compton did enormously well out of the king’s service, holding many offices and building up his landed estates. He played little part in the government of the realm and the administration of the localities. You can find out some more here. 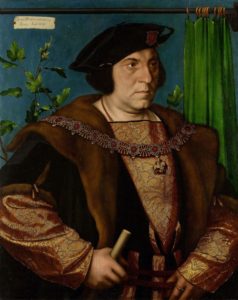 Guildford inherited an annuity of only £10, so service to the king was essential to his livelihood. He was close by Henry’s side, taking part in all the daft japes like appearing in Queen Catherine’s apartments all dressed as Robin Hood and his Merry Men. He was the king’s companion in arms in France, became his Master of Horse and then Controller of his Household in 1522. His influence with the king led to Wolsey’s courting of him. Guildford did not get on with Anne Bolyen – they argued, and as a result he retreated from court for a while. In 1531 he was back, but died before May 1532.

Edward was the second son of the Duke of Norfolk. He quickly followed a military path, fighting at Sluys in 1492. It’s probable, but not certain that he became a companion of Henry when Henry was still the Duke of York, and was part of the noble circle around the young king. His path was to take him to a sadly brief naval career; in 1511 he reputedly captured the Scottish ships of Andrew Barton, and as Admiral in 1512 dominated the English Channel. He seems to have been a man of great panache, but maybe too much panache than was good for him; in 1513 he died when attacking a French fleet with too little support, and died by being forced over the side of the galley and drowned by the weight of his armour.

Knyvett’s court career started at the tournaments of May and June 1507 and serving as an esquire for the king’s body. He emerged as one of the favourites of Henry VIII, taking a leading part in many tournaments and revels at court. The king made him knight of the Bath at his coronation on 23 June 1509 and appointed him bearer of the king’s standard on 27 July 1509 and master of the horse on 22 February 1510. On the outbreak of war with France in 1512 Knyvett was given command of the Regent, one of the two largest ships in the fleet led by his brother-in-law Edward Howard. He died on 10 August, in an engagement outside Brest, killed by gunfire.

Both grew up in the Tudor court circle, and Thomas in particular was an early intimate of Henry VIII, although he was not to live long enough to enjoy the full benefits of royal favour; he was the father of Catherine Parr, later Henry’s wife. William Parr fought in the vanguard of the English army during Henry VIII’s expedition to France in the summer of 1513, and was knighted in the cathedral at Tournai. An excellent soldier, he fought in several skirmishes along the Scottish border under the earl of Surrey, and fought against the rebels in the 1536 Pilgrimage of Grace; Parr swore he would ‘put the offenders in despair and dread’. He was a proud, quarrelsome man, happier on the battlefield than at court. He quarreled with one of Richmond’s tutors, Richard Croke, and by 1530 he had resigned and returned to Horton. William was a supporter of the new religion, and became Cromwell’s chief agent for the dissolution of the monasteries in Northamptonshire. Although constantly ill, he was an important adviser to Queen Catherine (Parr). 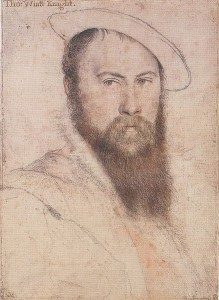 Thomas Wyatt was a poet and diplomat. His career is linked to the later years of Henry VIII’s reign, as he started to make a career at court from 1524. He was tall and handsome, and a talented poet who became increasingly disillusioned with life at Henry’s court. As a diplomat he worked on Henry’s Great Matter to advance the divorce and help Henry marry Anne Boleyn, of whom, he was a passionate supporter. He sailed increasingly close to the wind, spending time in the Tower of London when his protector, Thomas Cromwell fell from grace., but was rehabilitated in 1542 and died on a diplomatic mission for the king.

Of his poetry, Colin Burrows in the Database of National Biography writes: “No other writer in the early Tudor period is known to have experimented in so many genres, or to have left behind such a substantial and varied body of verse. Although Wyatt is often casually referred to as the first ‘Renaissance’ poet, it is more accurate to regard his achievement as distinctively Henrician: he assimilated European forms of verse and a Chaucerian poetic vocabulary to the life and milieu of a Henrician courtier and diplomat”

For more, there is the excellent Anne Boleyn files website and entry on Thomas Wyatt:

9 thoughts on “The Minions of Henry VIII”