In April 1265 Gilbert de Clare had left court in something of a huff. De Montfort was well aware that if he lost de Clare, his whole hold on power would be threatened.

Below is a map of Wales and the Welsh Marches, actually slightly after the de Montfort campaign. The names of major landholders are in Capital letters, so that you can see where the Mortimer and de Clare lands lay. 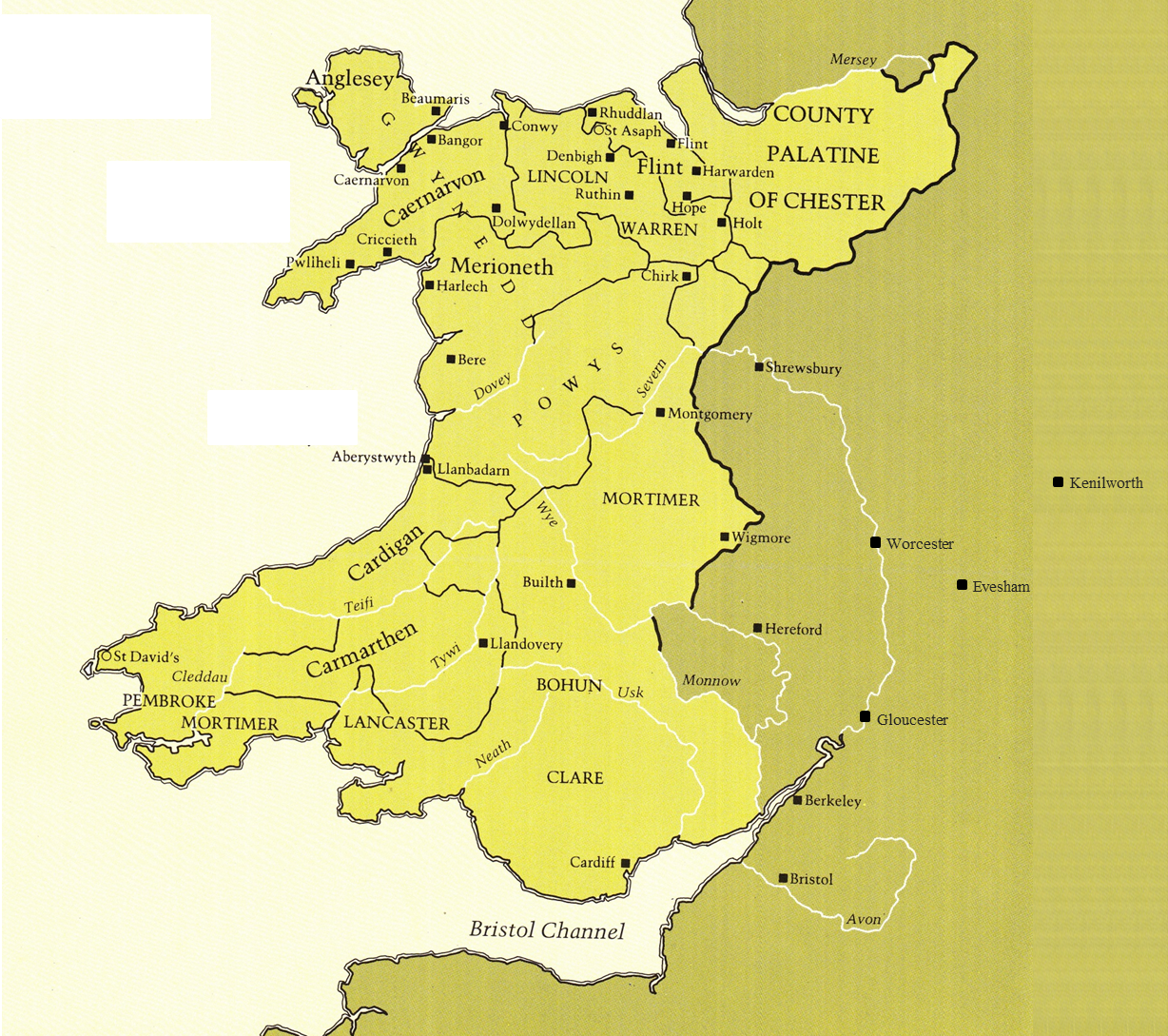 In April 1265, Gilbert de Clare left court for the Marches; and de Montfort realised this was trouble. de Clare was the only major magnate supporting the cause, and without him support for de Montfort's rule was dangerously lacking magnate support. At first things looked OK – de Clare agreed to arbitration. But in fact, he was already in communication with the Royalists. and William de Valence had already landed at Pembroke, looking to march to Wigmore and join with Mortimer.

De Montfort moved to Hereford to block that move, but then the whole situation changed. Edward escaped on 28th May. Edward had set out with his  knightly minders with the express intention of testing the horses. He then proceeded to ride each horse to exhaustion, before giving it back to the relevant knight and trying the next one. Eventually, he came to the last horse, hopped on it and headed for the hills. All his captors' horses were tired of course, and so they had no hope of catching him.

At Wigmore, Edward, Mortimer and de Clare met and hammered out a deal, and then quickly moved to cut the bridges over the River Severn. De Montfort sent for his son Simon to meet him with the main army, but by 29th June the last brudge over the Severn at Gloucester had been captured, and de Montfort was cut off in Hereford with only his household knights and some Welsh mercenaries.

But finally by 32st July, Simon Junior had reached Kenilworth, drawing Edward away from Worcester. in a Lightening march, Edward caught Simon Junior outside Kenilworth, and gave his army a mauling but if the de Montfort's could combine they would still have a chance. With Edward at Kenilworth, de Montfort was able to cross the Severn and march towards his son.

The Battle of Evesham 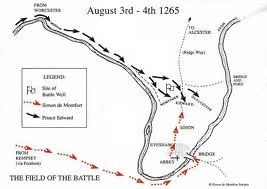 On 4th August 1265, Simon de Montfort was finally trapped at Evesham, heavily outnumbered while trying to combine his army with that of his son, Simon. As he watched Edward's army approach, he said 'May God have mercy on our souls for our bodies are theirs.'

Edward organised a death squad to hunt de Montfort down – not to capture him as would normally be the case, but to kill him. In fact, Henry de Montfort was the first to die, and when he was told his father said 'Then it is time to die'. 30 knights were killed in the battle, an unprecedented number – normally they would have been held for ransom. de Montfort himself was run through the neck by Roger Mortimer with a lance.

His body was dismembered – the head cut off, and the testicles stuffed into it's mouth. Kindly, Mortimer sent the head in a box to his wide – a lovely thought. 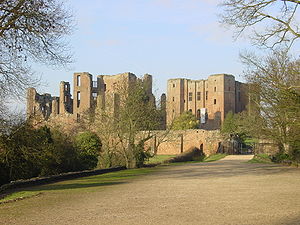 It took over 2 years for the rebellion to be finally repressed. Because Henry was determined to get
revenge – and so normal rules were suspended. After the rebellions of Henry II and John, barons had been fined, then allowed to resume their lands and get on it. But in September 1266, Henry declared that none of the rebels would be allowed to resume their lands – and the result was chaos. Kenilworth itself held out for 6 months, until eventually forced to surrender. In the end Henry, helped by Ottobueno and Richard of Cornwall, arranged a better deal whereby the Disinherited could take back their estates before they paid their fine – and finally a workable solutions had been found.