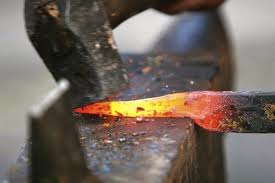 Now, traditionally, Edward II is supposed to have died after an unfortunate meeting with a red hot poker. Which had always been my firmly and fondly held belief.

But ladies and gentlemen,History sleuths,  other views are, in fact, available. So this episode is all about whether Edward was

A) Murdered in 1327 on the orders of Roger Mortimer

B) Died but we don't know where or how

Now I realise that it's not easy to do this by podcast – much ink has been spilt after all. But hey – have a go at voting, either here or at the Facebook group.

So, just post a comment below. I'll tot them all up and we'll see which side wins…

94a The Mysterious death of Edward II

You might like to do a bit of research – you may be fascinated. If you are, here are some links to a couple of sites.

First of all here's a link to the full text of the Fieschi letter – it's not very long and if you are interested it's very interesting.

Or, you might like to just revisit what I have said. In which case, here's the transcript of what I said.

Download 94a The Mysterious death of Edward II Transcript

38 thoughts on “94a The Mysterious Death of Edward II”