After Edward II's abdication in January 1327, England was ruled on behalf of the new King Edward III by Queen Isabella. But while Isabella probably wanted a life of respect, comfort and personal wealth Mortimer was hungry for power. This wasn't to be a story about the forces of life overturning the power of darkness. It was to be a new tyranny.

94 The Reign of Isabella and Mortimer 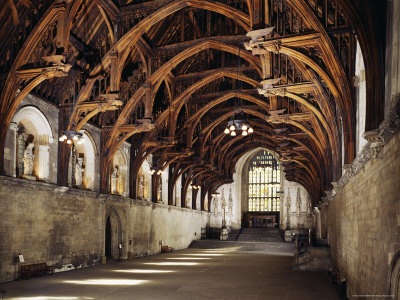 In high drama, at the parliament at Westminster Hall, Mortimer staged a session where it was demanded that Edward II must be replaced with good king Edward III. And so a solemn group went to meet with Edward at Kenilworth Castle. Poor Edward did not take it in a manly. There was a lot of sobbing, and sorrow that his people were grumpy with him. And then, helpfully, Edward abdicated. And so he became Edward of Caernarfon again, and by September 1327 he had died in Berkeley castle – of which more later. Edward III was duly crowned.

The fall of Henry of Lancaster

Henry of Lancaster, brother of Thomas of Lancaster, believed himself to be the obviously choice for royal adviser to Isabella. But in the end his supporters proved no more steadfast in the face of the name of the king, and January 1328 saw him kneeling in the January mud in front of Isabella, begging for mercy. He kept his life, but lost any political power

The tournament at Wigmore 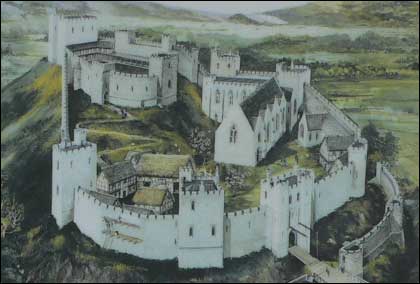 By 1328 Mortimer was in his pomp. He had been made Earl of March. he had land and power. He sat by his lover the Queen in the guise of King Arthur. The chronicler Geoffrey le Baker says it all:

Roger Mortimer shone with all too transient honour and as Isabella’s chief Adviser his word was law…No one dared to address him by name, but only by the title of earl of March. Indeed as the earl went about he was accompanied by a greater band of courtiers than the king himself. He condescended to rise in the king’s presence; when walking with the king he would arrogantly walk at his side never giving him precedence but sometimes indeed walking before him.

His son Geoffrey called him King of Folly.

The Execution of the Earl of Kent

in March 1330, the Earl of Kent, half brother to the king, was dragged before the court. The evidence against him was pretty clear – for some reason, he'd become convinced that Edward of Caernarfon was alive and living at Corfe Castle. He was tried, and found guilty – but everyone expected him to be let off, after all he was the king's uncle and of royal blood. But Mortimer forced the young Edward to have him executed.

From that point, Edward and Mortimer were irreconcilable.

3 thoughts on “94 The Reign of Isabella and Mortimer”