In his final years, Henry faced a new challenge – from his ambitious son Henry. Ill and tired, For a while he loses control to the young bucks, the new generation, the men of his son. 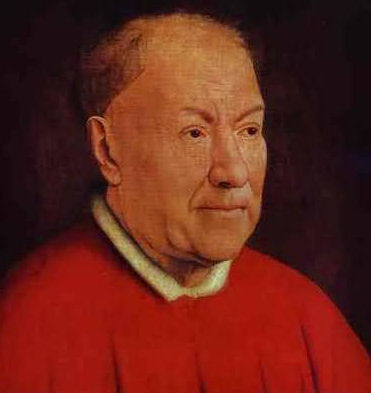 Chief of Prince Hal's men was Henry Beaufort. the second of four illegitimate children of John of Gauntand Katherine Swynford. He seems to have been marked out for a clerical career from the start, going to Peterhouse, Cambridge and Queen's College, Oxford. Advancements and positions came quickly, and in 1397 he was chancellor of Oxford University, and by 1398 Bishop of Lincoln. A liaison with Alice Fitzalan, Archbishop Arundel's niece. In the autumn of 1402 he was appointed to the king's council, and in 1403, he was appointed chancellor of England for two years. By 1404 he had progressed to the richest see in Europe – Winchester.

When in January 1410, Henry, prince of Wales, displaced Arundel as head of the council, Bishop Beaufort and his brother Thomas headed the administration. Thomas became chancellor while Bishop Henry opened parliament. For the two years of the prince's administration, until November 1411, Beaufort followed a policy of fiscal solvency and friendship with Burgundy.

In March 1410 his elder brother John died, leaving his widow, Margaret, with three young children. Thomas of Lancaster  the king's second son then managed to marry the widow, therefore enjoying the lands that formed the greater part of the young Beauforts' inheritance. Bishop Henry tried to impede the marriage, and refused to surrender to Thomas his brother's treasure for a while but in the end was forced to give way.

In November 1411 Henry IVth asserted himself one last time, and Beaufort was out on his ear. But after his death in 1413, Beauforth was back, made Chancellor and he was back in power. Beaufort would remain as the leading political figure unmtil his death in 1447, the most staunch and relentless supporter of the Lancastrian dynasty.

The Beauchamp family was almost destroyed by Richard II in 1397–9 and saved only by the accession of Henry IV. His father had died in April 1401, leaving his lands concentrated principally in the west midland counties of Warwickshire and Worcestershire. Over the years, he rebuilt the fortunes of the family, participating in the battle of Shrewsbury in 1403, after which he was made a knight of the Garter. From 1408 to 1410 he travelled abroad, visiting Rome and the Holy Land and returning via eastern Europe and was a renowned jouster. In May 1410 he was named a royal councillor but in November 1411 he suffered the same fate as Beaufort when Henry IVth re=-asserted himself.