By 1417, Henry had sorted out his support in England, and was able to launch a war of conquest in Normandy. After butchery at Caen, castles and towns fell, and by June 1418 the final and biggest prize stood before Henry – Rouen, second city of France. 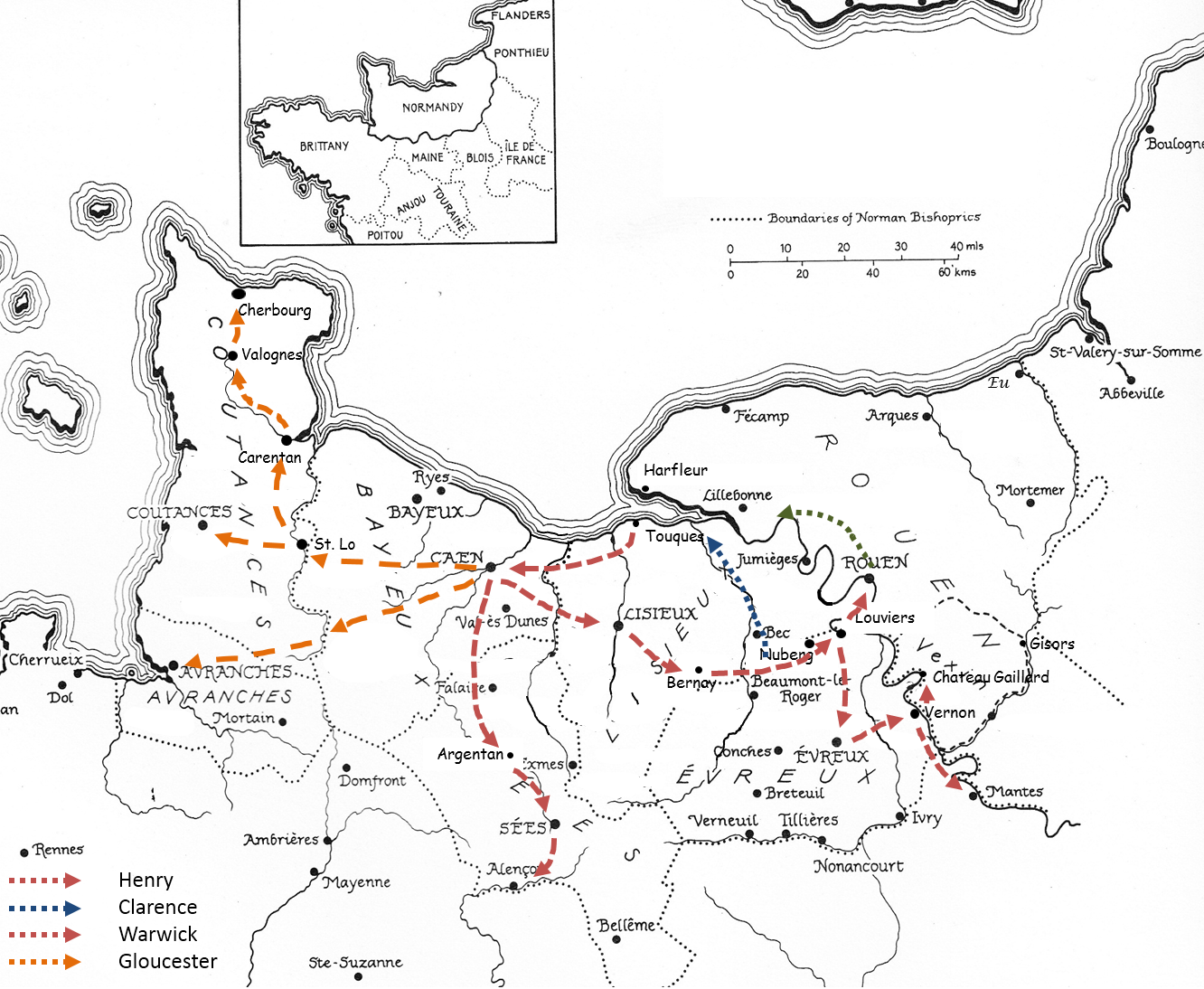 Between 1417 and 1419, Henry and his captains took to war into Normandy, and the French were unable to raise effective resistance to support the towns as they were besieged. By 1418, Henry was before the walls of France’s second city, Rouen, 70,000 citizens strong. It took 7 months before it fell, but its fall meant that Normandy was lost to France, and the road to Paris lay open.

The meeting of Henry and Catherine of Valois

Henry Vth and Catherine met first at the conference of Meulan in 1419, as he and John the Fearless tried to strike a deal. In fact one chronicler noted that the only thing to come out of the conference was love. There’s more than a suggestion the Henry was genuinely smitten (though Catherine’s views remain unknowable), above and beyond the normal verbiage of chroniclers.

In fact, the Meulan conference failed, and instead the Dauphinists and the Burgundians announced that they had resolved their differences and would once again fight together for king Charles VIth to throw the English  invader from their lands. The truth is that neither Dauphin/Armagnac nor Duke John of Burgundy could give Henry what he wanted and remain a credible leader. It would take the events at the bridge of Montereau to achieve that.