The appearance of a new pretender – Perkin Warbeck in Ireland was to distort Henry VII’s domestic and foreign policy for the rest of the 1490’s. 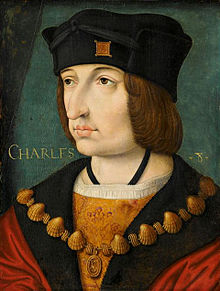 Charles was born in 1470 and died at the tender age of 28, reigning for 15 years between 1483 and 1498. Under Charles, the integration of France came closer, as he centralised bureaucracy, brought Brittany into the French crown, and ended the ‘Mad War’ of 1483-1488 defeating the regional aspirations of the Dukes.

Unlike Louis the Spider, he thirsted for foreign glory, and directed every policy towards the end of bringing the Kingdom of Naples under French control – and realise the ancient claims of the Counts of Anjou to the kingdom. His invasion of 1494 was a tour de force – and unstoppable steam roller of 25,000 men that rolled over northern Italy. It was also utterly futile – within a few years, Charles had been thrown out, and in 1498 was dead after banging his head playing Real Tennis. But he started 50 years of conflict in Italy, after the relative peace of the Treaty of Lodi in 1454. 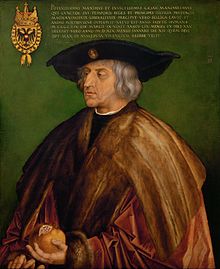 Maximilian played a central role in European politics both as King of the Romans and as Emperor; in fact, his father Frederick was completely unlike his son, a very cautious man and derided by his wait and see approach.

Which was something frankly Maximilian could have down with more of. He was a wildly volatile man, given to chasing mad schemes and then just as quickly dropping them and charging off somewhere else. Initially, he strove to protect the patrimony of Burgundy for the Hapsburgs – only partially successfully, wince the French king retained the French lands, while the Netherlands stayed with the Hapsburgs. Later in his life he and his son Philip Duke of Burgundy sought to build Hapsburg power with the Spanish inheritance; and although Philip died before his father, Charles V would indeed be Emperor of both Spain and the Hapsburg patrimonies