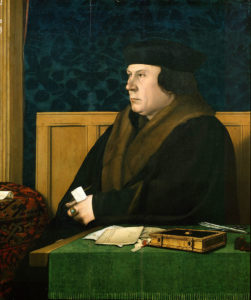 After Wolsey’s fall was a period of stalemate; but between 1529 and 1532, Henry’s thoughts crystalised, Anne became to be openly at his side – and a new weapon joined the king – the exocet that was Thomas Cromwell.

4 thoughts on “227 The Reformation Parliament”